Flux Capacitor continued their Road to Bonnaroo tour with their latest festival stop at Strangecreek Campout in Greenfield, MA.  The band took the stage at Vernville in the woods, playing the final set there of the weekend.

The band took the stage and did not let up for one second for their 10 song set, scorching the earth along the way.  One song after another, the band laid down heavy grooves with a nod toward electronic music, but grounded in classic hard rock.  Soaring guitar solos building the tension step by step until the eager audience was rewarded with climactic jam resolution time after time.

The set list was rich in originals, opening with the one two punch of Light at the End followed by Lights Out.  Lo Mein was a tune I had not heard before, and opened with the first few notes of Led Zepellin’s Thank You before unfolding in it owns right.  My personal request of Happy’s Vaporizer came next followed by the crowd pleasing Shakedown Street.  This version was shimmery and upbeat and the Vernville crowd ate it up. 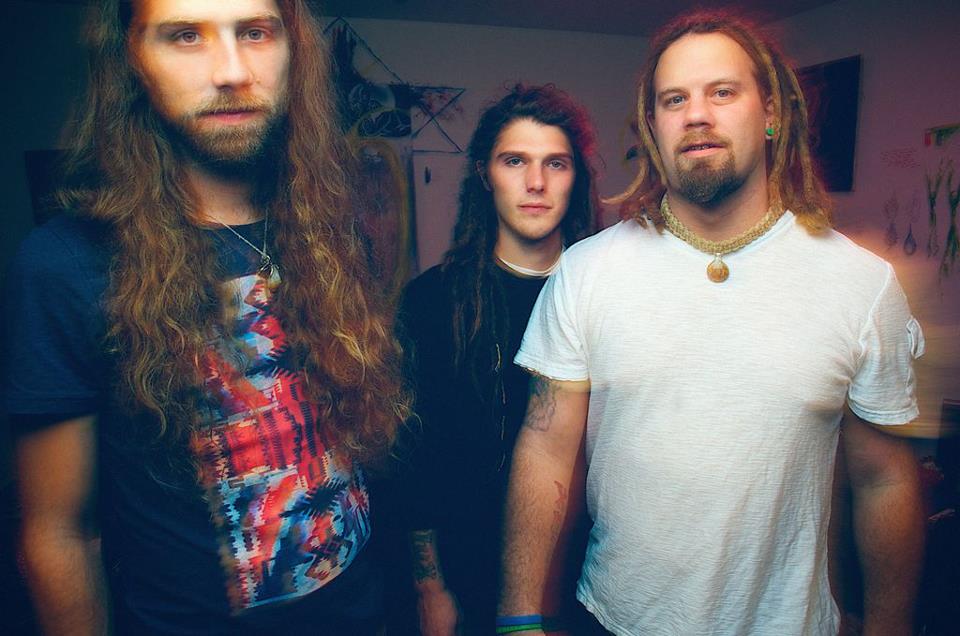 Somewhere is richly rewarding for those seeking out complex compositions.  Big Bad is a more brief tune coming in about half that length of most Flux tunes.  But another one two punch was in the offing for the end of the show in Virgo and Monolith.

Pete Specht, guitarist and singer caught up with us after the show, “That was great! We are feelin so adrenalized!”

Next stop, Bonnaroo-  well maybe there are a few stops between now and then but you could tell that Flux Capacitor is already well on their way, in mid-festival season form already here in May.

Light at the End