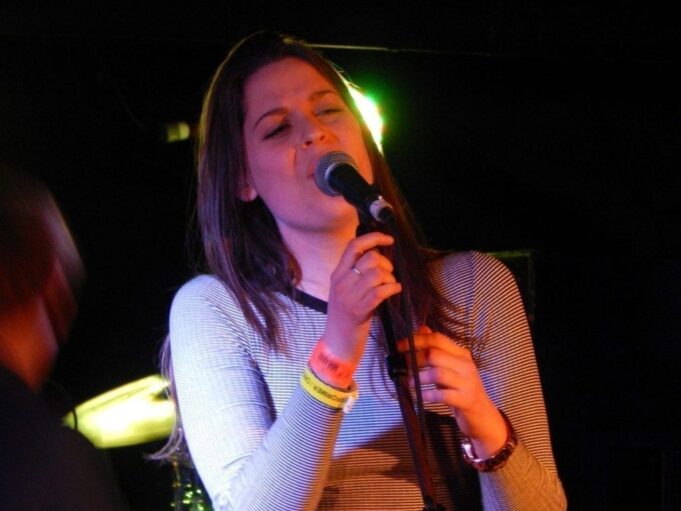 Gretchen and the Pickpockets January Boston

Gretchen & the Pickpockets Steal Hearts at the Middle East 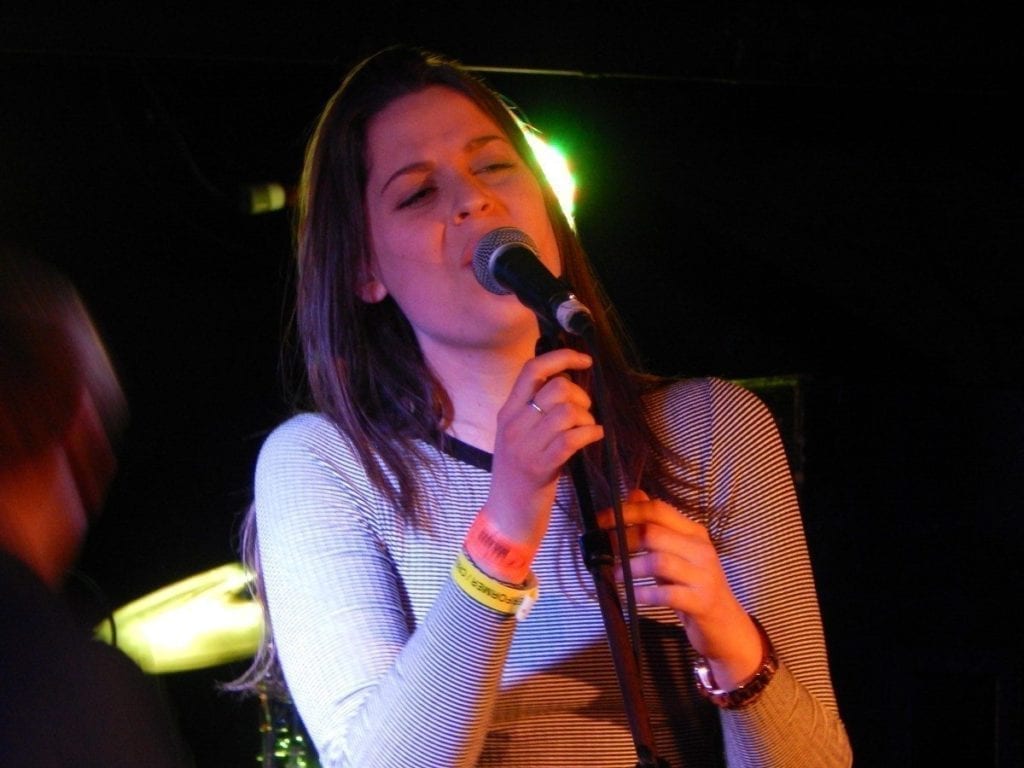 Check out the full gallery of photos at our Facebook page.
To submit your review or news story, hit us at [email protected]

Gretchen & the Pickpockets. The name conjures up some type of early 20th century vagabond quick on her wits; her posse of sly, thieving miscreants impatiently nipping at her heals, waiting for the next unsuspecting victim. I specifically pictured soot covered clothing and knitted gloves with all the fingers appropriately cut off. I could practically hear the slight accent of street-talk and the smell the smoke of a barrel fire in some dark alley. Of course if you knew the band, you would immediately know that I had yet to catch a show.

I stumbled down the stairs of the Middle East in Cambridge to a room that had already started filling up for a busy night of music presented by radio station WEMF. I met the band and my preconceived images couldn’t have been more misleading. The five-piece from New Hampshire was far from the storybook hobos I had set firm in my head. They were welcoming, receptive, hygienically pleasant, and eager to converse about their music and the direction they’re headed. 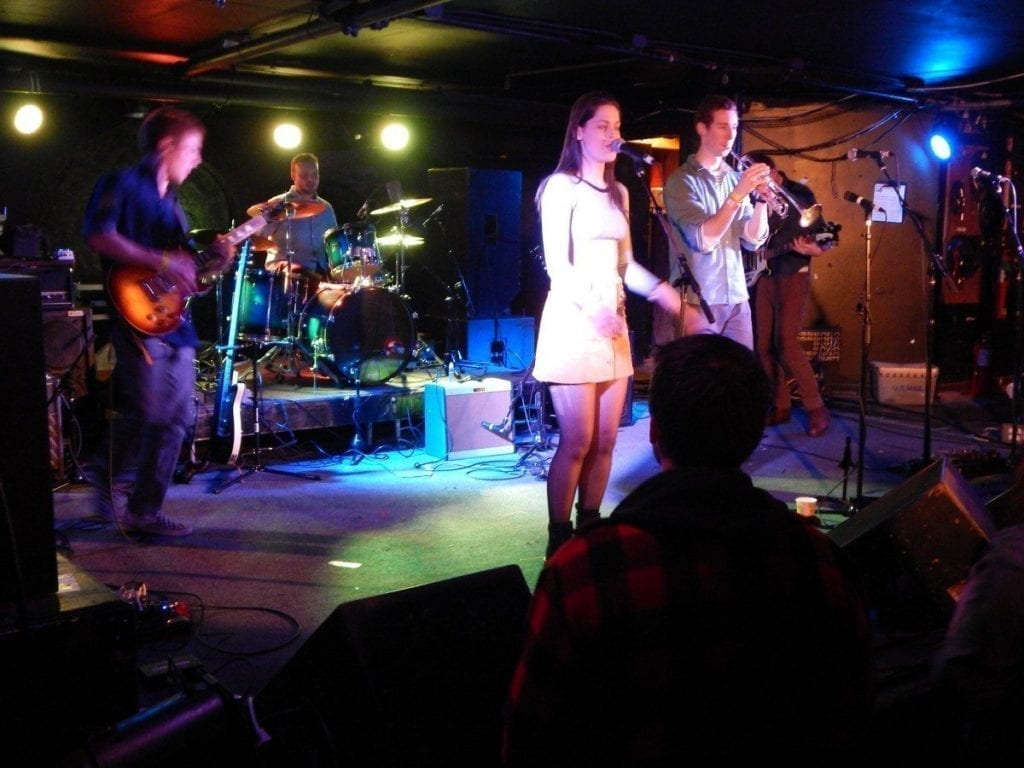 Anachronic (2015) is the title of their newest EP. While slightly different in sound from their previous self-titled album, the four-song collection contains a more prominent horn section and sanguine lyrics that help make it indisputably danceable. It still manages however, to capture the distinct rock and soul sound that Gretchen and the Pickpockets have adopted these past years. The vocals never waver, not even for a second. And I don’t really see how they could when you have the transcendent pipes of Gretchen Klempa in the midst of such a gifted band. It is the same solid-gold voice that could effortlessly tear a hole in your heart while at the same time make you weep with joy. With the help of producer Chris Chase (The Gin Blossoms, Wyclef Jean, Smashmouth) the EP embeds a warm, satisfying, and comfy impression on the listener. It starts out loaded with a three-song gut-punch of rock and soul and ends gingerly in a dream-like state of tranquility.

There were a whopping seven bands slated to play that evening. Two separate stages were available to maximize time efficiency between sets. I’ve never seen this done at the Middle East Downstairs before-the second, makeshift stage was assembled near the handicap ramp on the raised section of the club. One of the bands regrettably had to bow out putting Gretchen and the Pickpockets on stage around 10:20pm, a set earlier than expected. Even with six bands on the bill the night was still bustling. By the time they took the Main Stage the crowd was at its highest capacity of the evening.

The 45-minute set itself was really something to behold. It was a small portrait of a small band making big waves and the energy was apparently rampant. As the first frisky notes of “Sweet Sweet Love” hit the air, the audience surged forward and immediately the dance floor began to swirl. The images of railroad bums in dark, unforgiving alleyways, strumming lunchbox guitars, and rapping on rusty trashcans were replaced with bits and pieces of familiarity and affection. In fact, their set sparked a sincere emotion that was felt for the first time that evening. They dipped into hits from Anachronic as well as their self-titled album and supplied the audience with two killer covers. The first was one that might have been expected since the recent departure of David Bowie. “It Ain’t Easy” wasn’t the song I had anticipated and was abruptly taken aback for a moment. Quickly, I shook the disbelief from between my ears. The song was poignant and well-played-full of admiration for a man who touched so many people. A great choice and one I wish I had recorded. But if I was dazed by the Bowie cover then I was certainly bowled over when I heard the brilliant rendition of Blondie’s “Heart of Glass”. The music had already been soaking deep into my soul, taking my dance grooves to a level I never knew existed, but the Blondie cover is where I lost control. In fact, I believe the entire joint broke loose, belting the lyrics right back at the band. 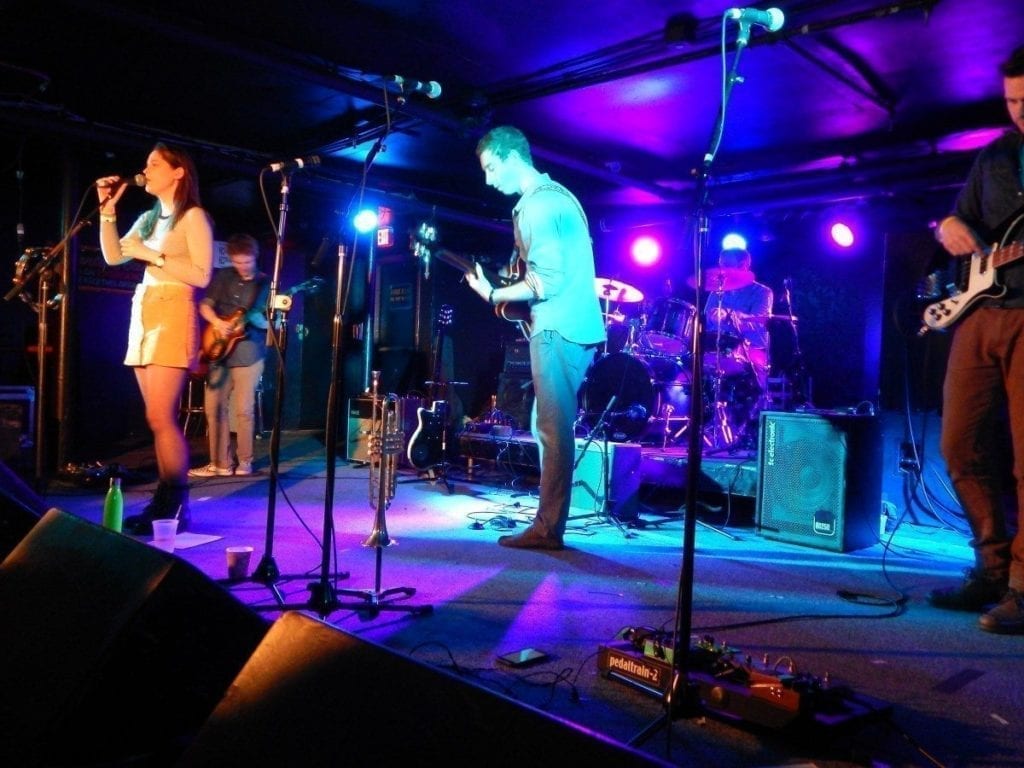 It’s hard to pinpoint an exact genre to file this group under, but two bands immediately come to mind. Now, I’m not one who usually compares one band to another, but I feel it pertinent in this regard. The two bands in question are the Heartless Bastards and Sharon Jones and the Dap Kings. The former is a hard rock outfit that prides itself on the dominate vocals of Erika Wennerstrom. The latter is a familiar soul staple that generates a festering dance party each time they take the stage. If you had the opportunity to merge the two sounds together you’d yield Gretchen & the Pickpockets-a sound that is both as honest as it is habit-forming. The band also cites an eclectic list of influences on their music which include the likes of Lucius, Pink Floyd, and Lake Street Dive-all of which are faintly detected in their original music.

While 2016 has started out as busy as they want it to be, Gretchen & the Pickpockets have a lot in store for the remainder of the year. They will undoubtedly continue to promote Anachronic through constant gigging, but they have also been chosen to receive a grant from the Iguana Music Fund, a program which, with the aid of Club Passim, helps artists with expenses on new projects and supports their growing career. The money can be used for anything from recording projects, to community programs, to specialized equipment or instruments. Forever grateful for the opportunity, the band has no immediate plans for the money (or at least nothing they want to share publicly), but instead says they want to take their time and see how everything pans out.

I left the Middle East satiated. No more was I scrounging for a new band to tickle my eardrums-something I perpetually find myself doing and usually without success. Nope, I had found all I needed that night in Gretchen & the Pickpockets. I had shown up with one suspecting hand on my wallet while the whole time I should have been safeguarding the key to my heart.

Check out the full gallery of photos at our Facebook page.
To submit your review or news story, hit us at [email protected]