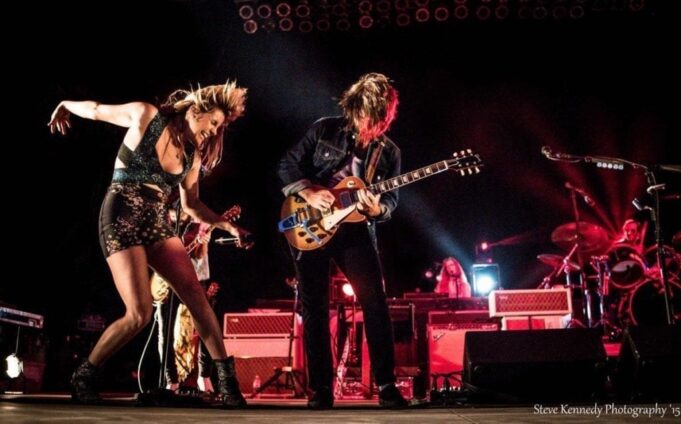 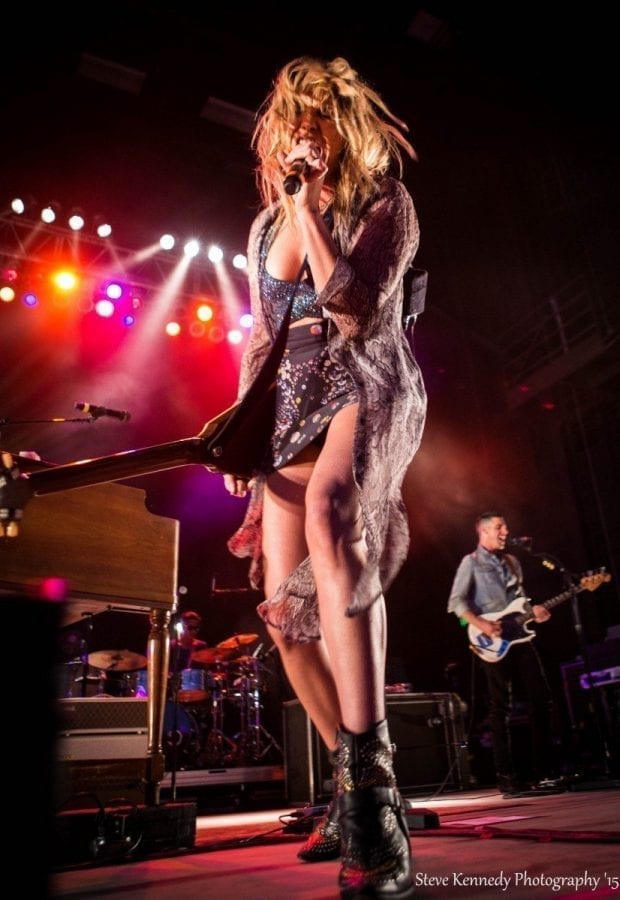 From the video channel of trw61guitar 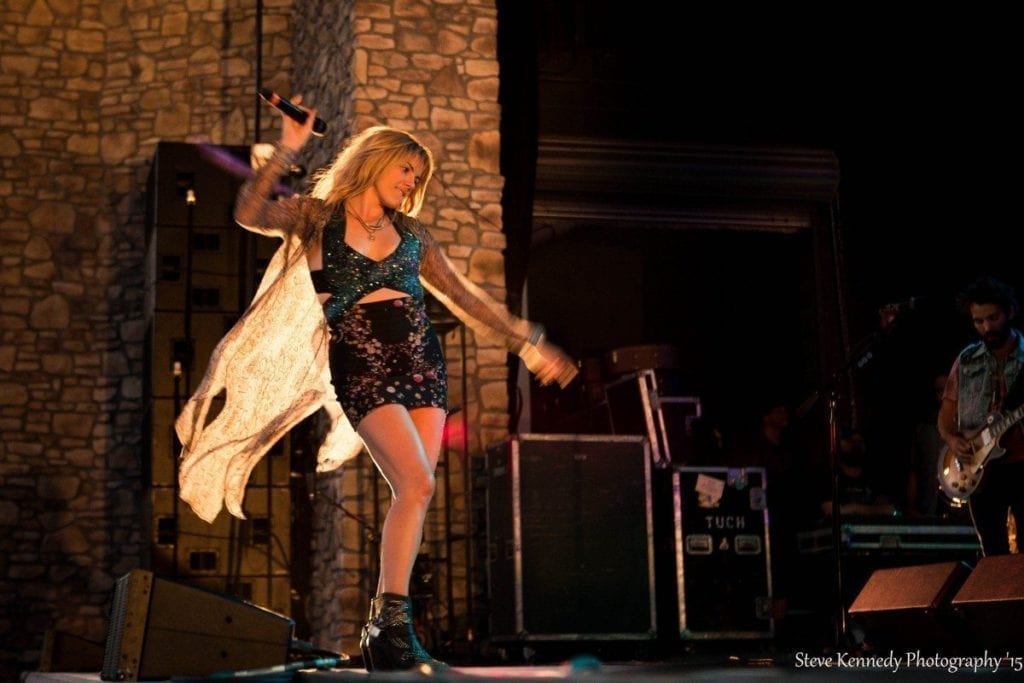 is a beautiful outdoor venue that offers excellent local wine and free parking. The sun was setting in the west and the heat of the dusty Wednesday was settling as Grace Potter took the stage and kicked off what would be a hard charging 2 ½ hour show.

Grace Potter and the Nocturnals hail from Vermont. They started our as an indie band and came up through the hard trenches of tour life, often playing 200 or more shows a year. Grace is a multi-instrumental artist. She plays the Hammond keys, acoustic guitar and her Gibson flying V. She has delighted crowds and blown minds with her amazing voice and sultry on stage presence. She has collaborated on stage with many musical greats including the Rolling Stones, Preservation Jazz Hall Band and Warren Haynes Gout Mule among others. Her band also appeared on “Almost Alice”, the soundtrack for Tim Burton’s feature film “Alice in Wonderland”, covering Jefferson Airplane’s song “White Rabbit”. 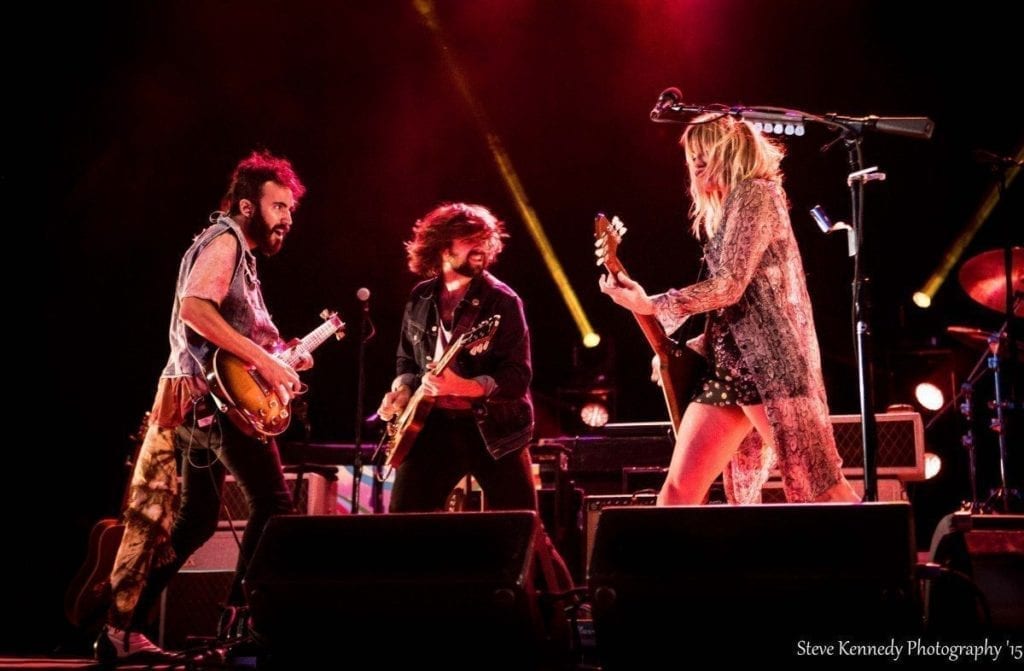 While starting her show she engaged the crowd with her warm smile and outgoing personality. Recognizing the fact that it was a small turnout, maybe 600 in attendance, she took the opportunity to invite her fans down to the front of the reserved seating area to create an intimate feeling. Giving them a chance to connect with a glass of wine and a beautiful sunset. Unlike many artists that may just drone through the set list on an off night in the middle of the week, Grace Potter owned the night and embraced the moment to give her fans, or soon to be fans, a whale of a show.

Her stage presence is electrifying. She is constantly reaching out to bring fans closer, at one point bringing a small child on stage for a dance. Not only does she possess stunning good looks, even women have a crush on her, but she has rambunctious talent. Grace Potter uses every show as an opportunity to blow someone’s mind because you never know how far someone may have traveled or what obstacle they may have had to overcome to attend her show. 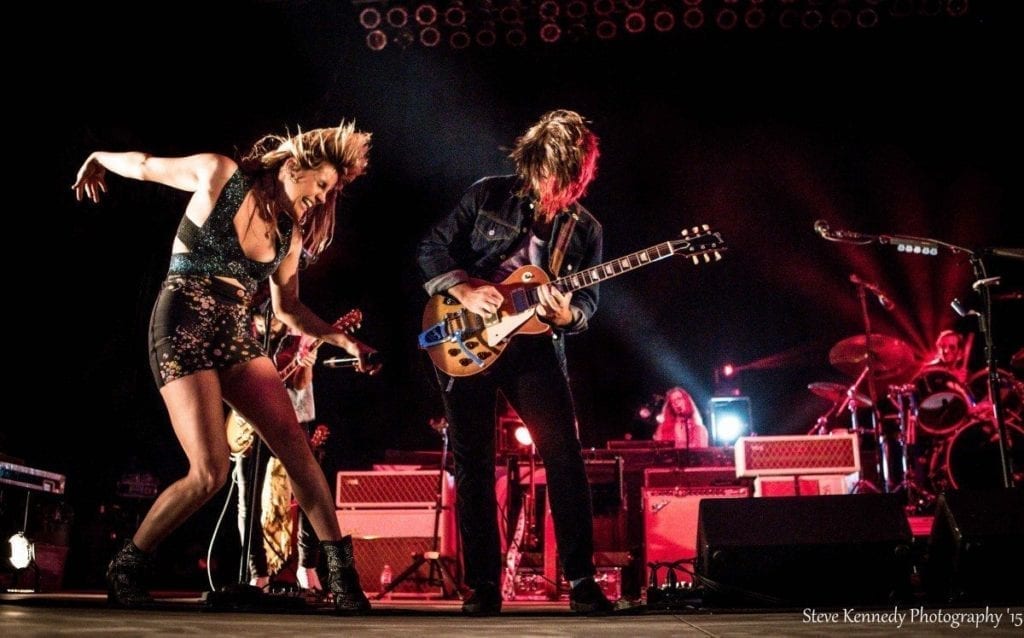 On a night that was to feature perfect viewing conditions for watching the famed Perseid meteor showers, Grace asked the audience where they go to make out…then exclaimed “can we meet there?!” She played the Gibson Flying V and flat out rocked the walls of the newly minted Vina Robles. She got behind the keys and stunned us with a uniquely arranged version of “I Shall Be Released”, a Bob Dylan classic. She pulled the crowd in even further with her tender vocals and smooth strumming acoustic songs. She exclaimed “I love you guys, I just want to put you in my pocket and take you with me.” She followed that up by telling everyone who was at the show, that they could gain “free” entry to the next show the following night at the Fonda  in Los Angeles. She made up a special password “meteor shower”, then playfully stated “Don’t put that on twitter or Instagram!” 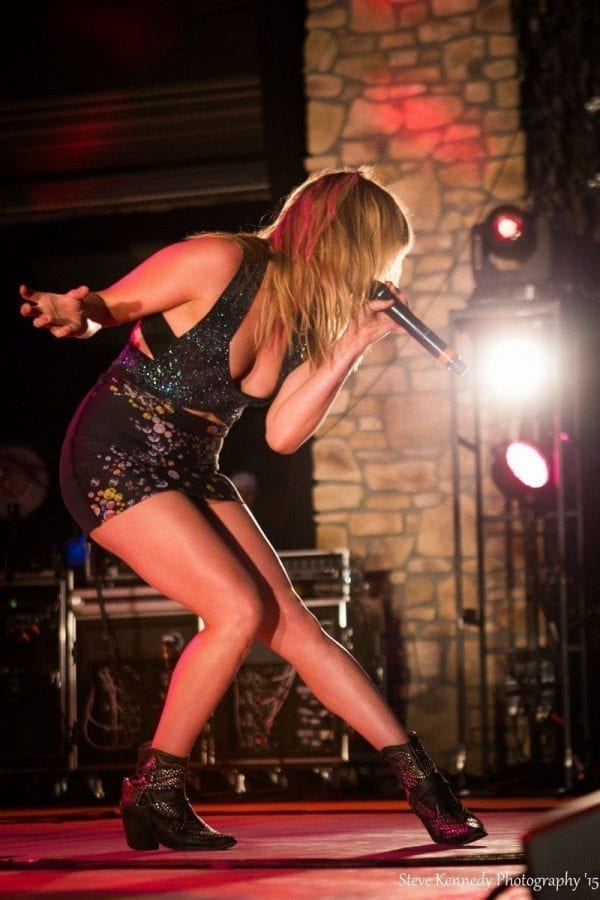 She played many songs from her new album “Midnight”. This album is somewhat of a departure into the pop realm, a place where she wants to push herself and her music, as she is always challenging perceptions and shattering stereotypes. In the “jam band” circuit there are absences of talented female artists and Grace continues to open doors. Well, she kicks them down with her artistic prowess. She topped off an amazing night with a new version of her standard “Paris”, moving into Buddy Holly’s “Not Fade Away” and back into “Paris”.

On a night when Grace Potter could have mailed it in, she brought the whole package, wrapped with a giant red bow then blew it into confetti and dusted it all over Vina Robles.