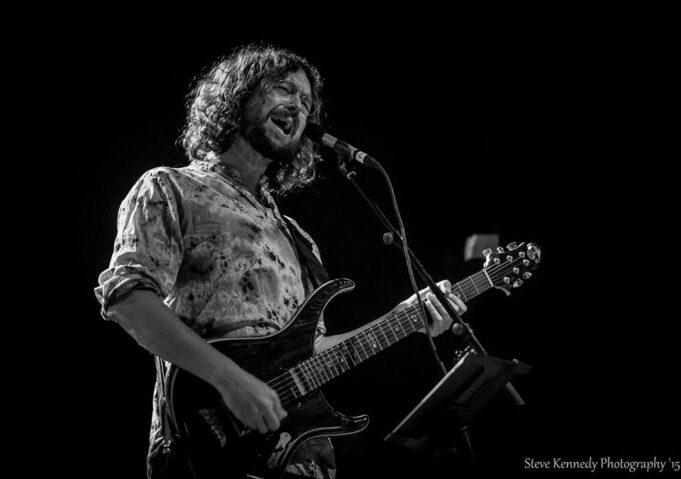 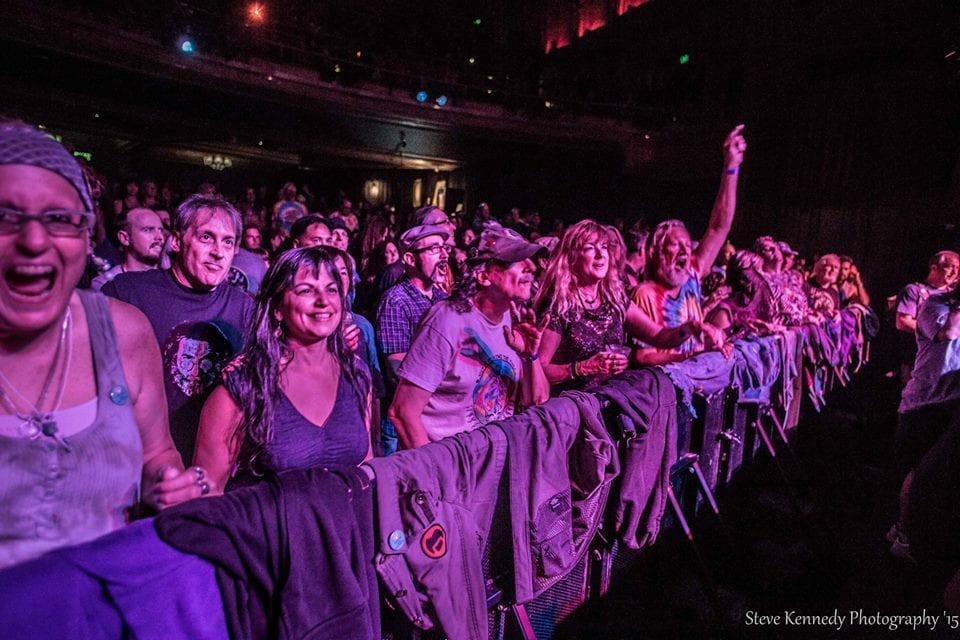 The Rex Foundation and Goldenvoice organized a benefit concert to coincide with the 50th anniversary celebration of the Grateful Dead. It was quite a party featuring Chris Robinson Brotherhood and Melvin Seals & JGB with special guest John Kadlecik at the famed Warfield Theater located on Market Street in downtown San Francisco. 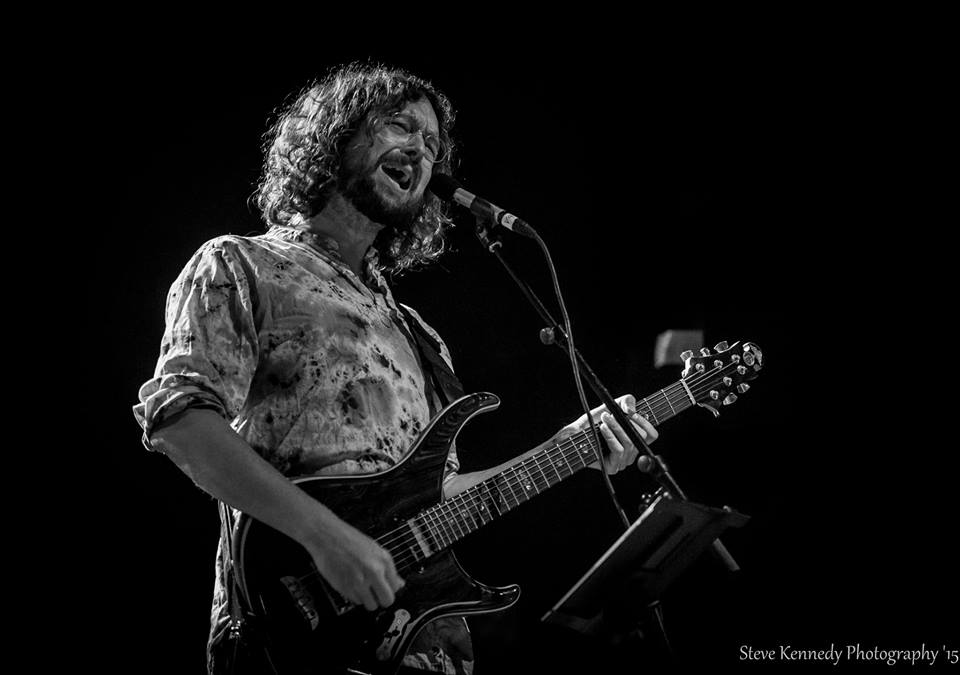 The Rex Foundation, founded by the Grateful Dead, is an independent non-profit foundation devoted to supporting relatively smaller organizations likely to be overlooked by bigger foundations, which do good work in the areas the environment, human rights, education, social services and the arts.  The Rex Foundation has donated nearly 10 million dollars to 1,300 grantees and their story has a long way to go.

Anticipation was sky high as the celebration awaited.  The Warfield was sold out and many remarked that it was a tougher ticket to come by than the upcoming Grateful Dead shows in Santa Clara.  The city of San Francisco was teeming with excitement about the news of the day, the monumental Supreme Court ruling legalizing marriage equality.

The scheduled opener of the night was The Jerry Garcia Band featuring Melvin Seals and John Kadlecik.  Many of the joyful patrons were having flash backs to the days when Jerry Garcia played in the venue.  He played the Warfield 125 times between Sept. 21, 1980 and April 23, 1995. In the fall of 1987 the Jerry Garcia Band became the unofficial house band of The Warfield, playing 88 shows between 1987 and 1995.  The stage set-up was the same as in the past with Melvin Seals on stage right facing John Kadlecik who was positioned stage left.  They were welcomed with a warm applause and cheers.  Before the show kicked off 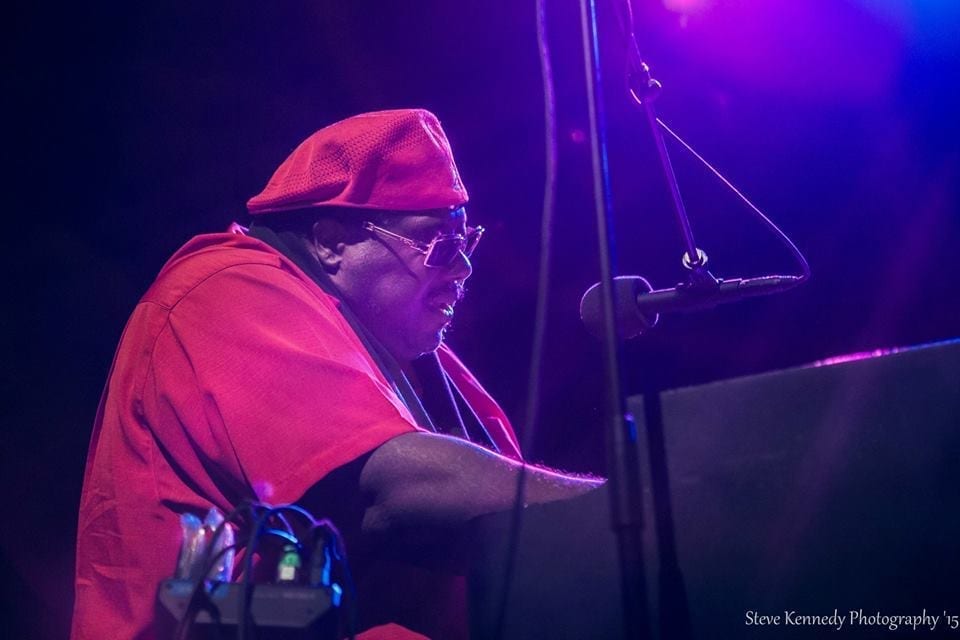 , Melvin Seals thanked everyone and then explained how when the band was going through material to play for the show he realized that it was at this venue 34 years to the day that he joined the band and first played with Jerry live.  They decided to play that same show.  It was truly a great moment of the night and the crowd sensed the magic and galvanized together in celebration.  One quick note about the show on June 26, 1981 is that Phil Lesh sat in on bass that night.  They opened with “I’ll Take A Melody” and moved through a classic set list.

John Kadlecik, formerly of Further and currently working with The Golden Gate Wingmen and various solo projects, did a fantastic job.  His spiraling solos and soulful vocals helped lead the band on classics like “Mission in the Rain”, “Knocking on Heaven’s Door” and “Dear Prudence”.  They also ripped fun dance tunes like “Harder They Come”, “Midnight Moonlight” and “Tangled Up In Blue”.  Melvin Seals towered on the organ showing why he is so beloved not only for his warm personality, but his wonderful ability.  At the close of the set he thanked the crowd, John and pointed toward the sky and thanked Jerry.

During set break the packed house retreated to the front exit in search of some fresh relief from the heat generated in the building.  With many out of town travelers meeting at the show it was a time to catch up with friends and reminisce about old times. 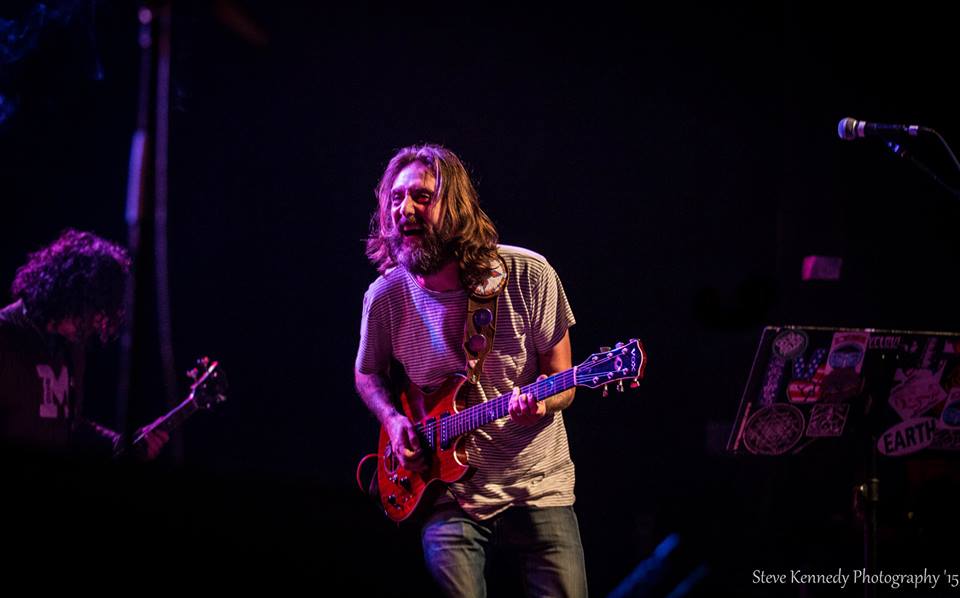 Next up was Chris Robinson Brotherhood, with Chris Robinson and Adam McDougal formerly of the Black Crows.  The incense was lit and everyone eased back into the show.  They opened with “Boppin’ the Blues”.  They played a set comprised of original music with Chris Robinson’s charismatic front-man vocals and Neal Casal’s guitar stylin’s.  Romping blues and deep ballads filled in with multi-part vocal harmonies.  Neal Casal played slide guitar on multiple songs and his ability in this area may go unrecognized or underrated.  The rich tone, building melodies and expressive movements are a thing of beauty.  Chris Robinson was animated as he sang with his classic southern born voice.  As the night progressed the crowd began to thin from a long travel day and the impending GD50 weekend.  Those who stayed and danced through the heavy heat of The Warfield were treated to two classic encore songs.  “Big River” played with a slightly slower bluesy tempo and a Garcia classic and fitting tribute for the evening, “Catfish John”.

What a party it was and a great kick off to the wonderful celebration of 50 years with the Grateful Dead.   The Rex Foundation, including board members Bob Weir, Micky Hart, Roger McNamee, Matt Butler, Trixie Garcia and new executive director Cameron Sears, along with Goldenvoice promotions did a great job enabling this fun event to set the wheels in motion for a fantastic time of reflections and celebrations. 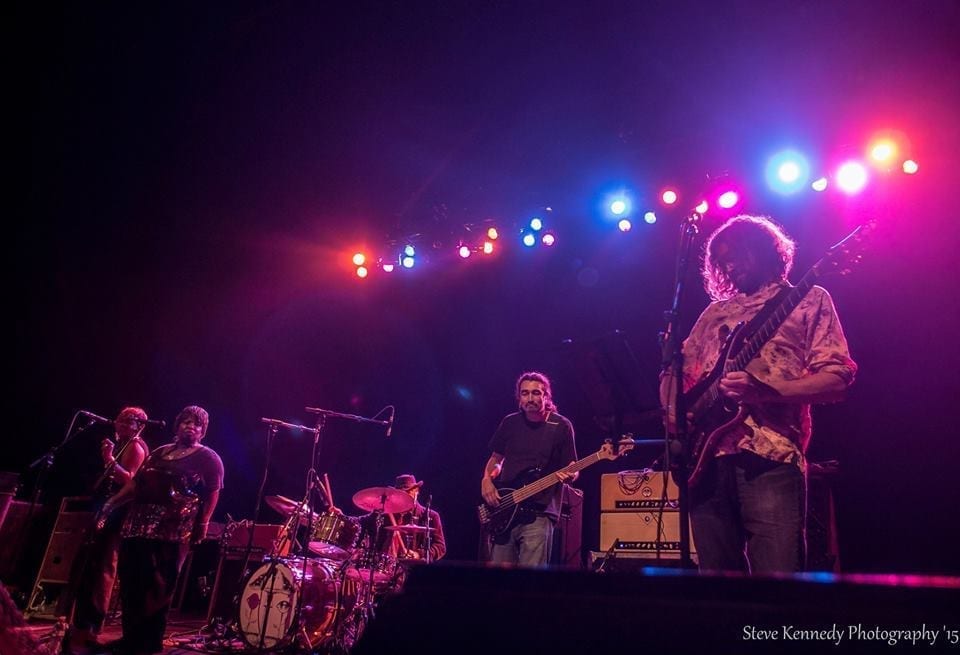 They Love Each Other

Tangle Up In Blue

Mission in the Rain 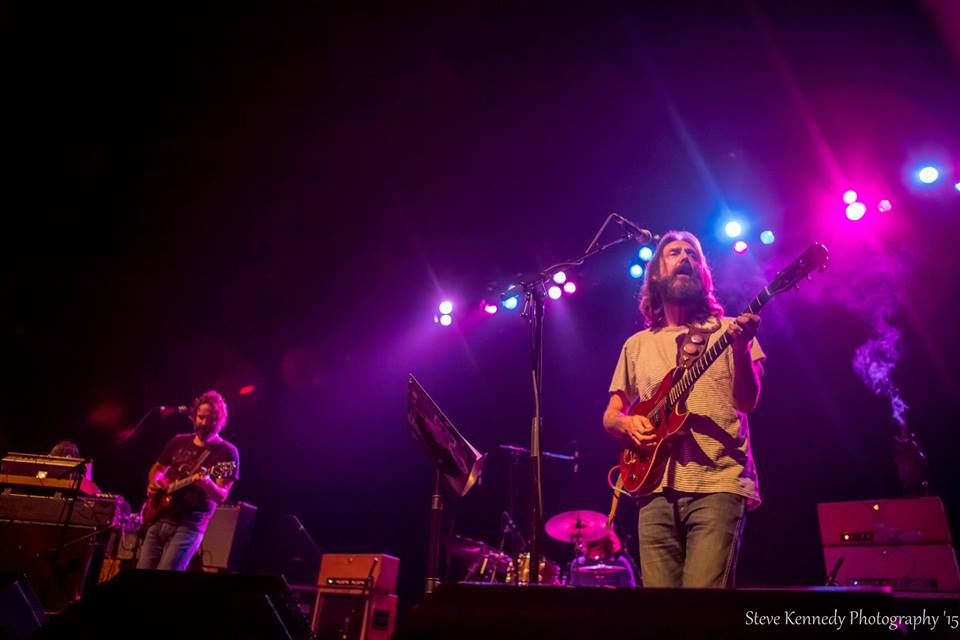 I’m A Hog for You

Meanwhile In the Gods

Got Love If You Want It 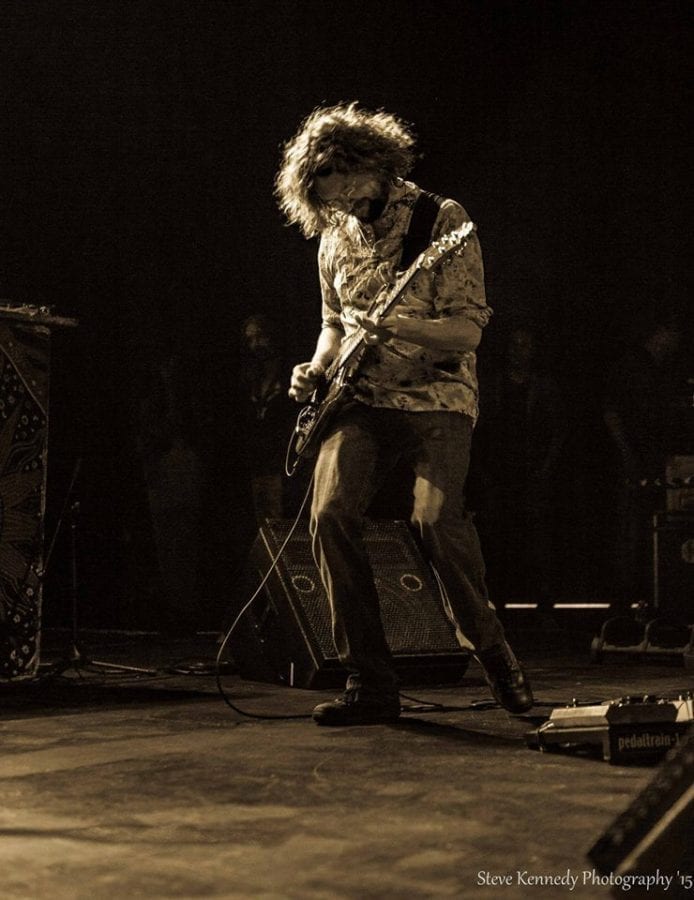