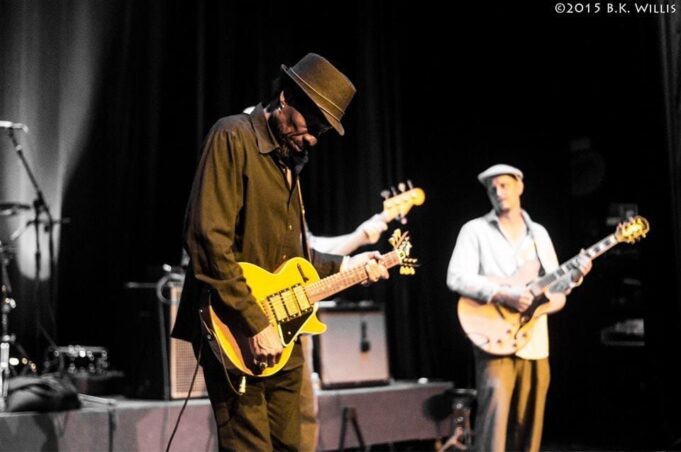 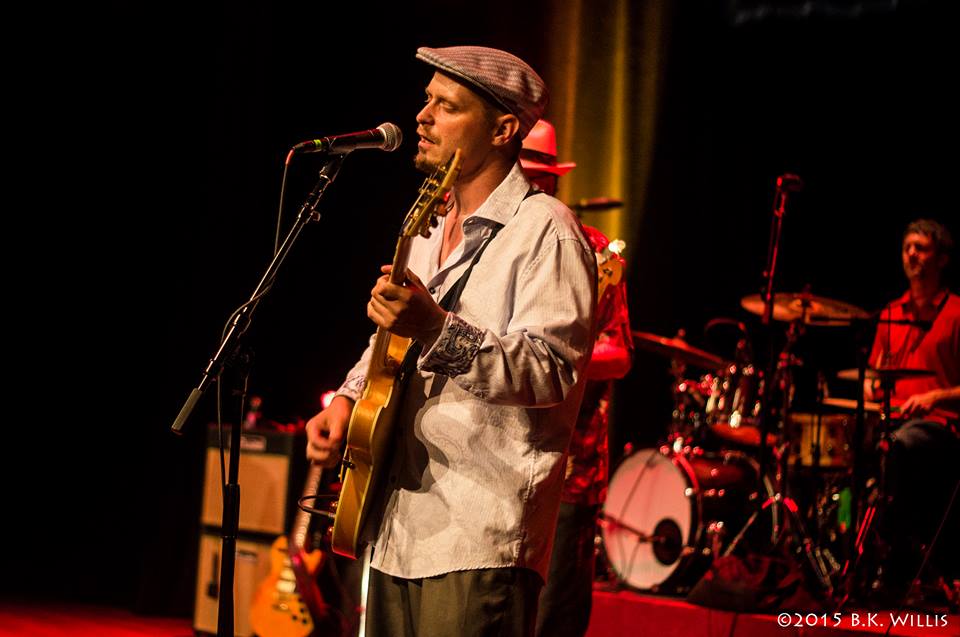 I spent much of my youth living and playing in Bethesda during the 1970’s. It was a nice place to live with nice little suburban homes neatly lining the little suburban streets right in the shadows of The National Institutes Of Health and The National Naval Medical Center. Many of the nice, neat little homes in the neighborhood nearest these facilities were occupied by young naval cadets and scientists. Just up the street, where the heart of Bethesda begins on Wisconsin Avenue, there were mom and pop stores that lined that main road that went all the way up to East-West Highway and a bit beyond. Much of my spare time was spent in the local KB Bethesda Theater – the first theater I was allowed to go to alone. I had my first date there and can remember having ice cream at Gifford’s Ice Cream Parlor, just a few doors down from the theater. Bethesda was a nice place to grow up but most of “old Bethesda” is gone now – old familiar shops and buildings were given major facelifts or demolished entirely to make way for the new face of Bethesda, courtesy of The Charles E. Smith company.

The same company responsible for the development of Crystal City in Virginia that is almost exclusively populated by high‑rise apartment buildings, corporate offices, hotels, and numerous upscale shops and restaurants. Bethesda is sometimes referred to as “Little Crystal City” due to it’s similarities in design with Crystal City. By the time The Smith company was done redesigning Bethesda, the town was nearly unrecognizable to long time inhabitants, many of whom eventually sold their nice, neat little homes to escape the soulless facade and feel of “New Bethesda.” Entire neighborhoods were demolished and the nice, neat little homes were replaced with McMansion after McMansion, built to the very limits of their property lines with no yards or gardens – and no personality. 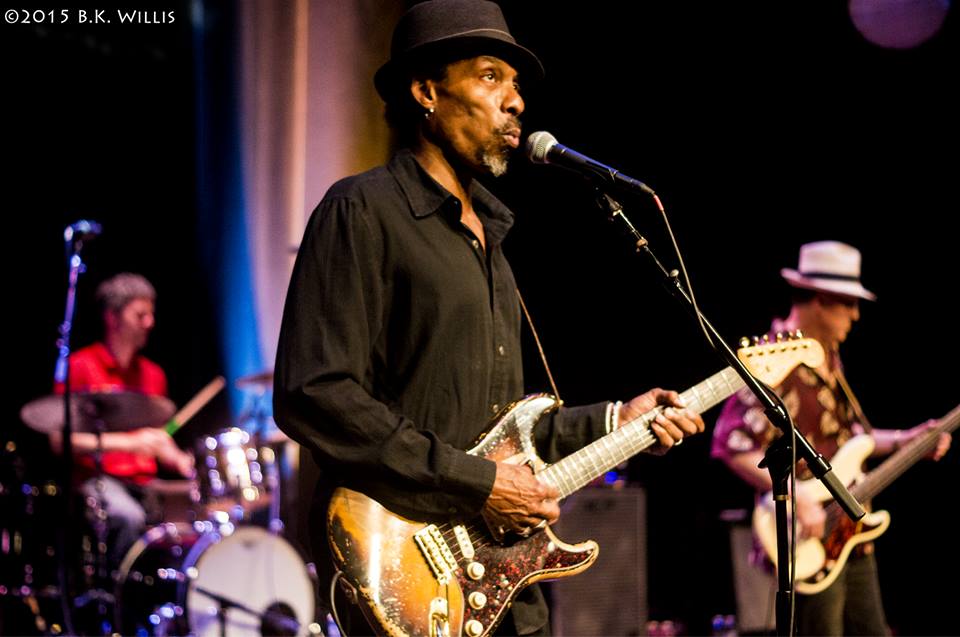 And yet, somehow, the Bethesda theater (which opened in 1938) survived while it’s sister theaters (The KB Baronet and Baronet West) were lost. After closing down in 1980, the theater was re-opened in 1983 as the  Bethesda Cinema ‘N Drafthouse, where moviegoers could dine on pizza, sandwiches, and beer while watching the movie. In the early 1990’s, the theater again changed it’s name, this time to the Bethesda Theatre Café in an attempt to bring in more family friendly audience. The theater closed when construction of a new hi‑rise began above the cinema. It seemed that the theater had finally succumbed to the gentrification of Bethesda until it briefly reopened in 2007 for live shows before closing it’s doors again in 2010. But this theater wasn’t done yet and it reopened in February 2013 in it’s current incarnation as the Bethesda Blues & Jazz Dinner Club. Any future incarnations of the venue should just be dubbed “The Phoenix” as tribute to it’s ability to repeatedly rise from the ashes.

Check out Brian’s full gallery of photos of this show here.

So on May 28th, I decided to return to my childhood hideout to see blues legend Linwood Taylor and Sol Roots for a raucous blues performance. The Bethesda Blues & Jazz Dinner Club is every bit as opulent and well-appointed as it name suggests, with the look and feel of the classic upscale dinner clubs one sees in the movies. It would take very little imagination to picture Sinatra and The Rat Pack performing in a venue of this stature. While their website describes the venue as a “small concert hall that features 300 seats for dinner along with 200 additional performance seats” (made available when the dinner seats are sold out), it’s actually much larger than it’s description implies. With no dinner tables on the dance floor and the wide open space behind the main dinner table area, the club could likely hold a considerably larger crowd. Sadly, it seems that extra space is not needed as the club seems to have trouble getting people in the seats. For this particular show, there were approximately 30 – 40 people in the room, most of whom sat at their tables for the entire performance – my previous visit to the club months earlier had only a slightly larger crowd. Both shows featured world class performers in a beautiful, elegant room with great sound which leaves me as befuddled as the disappointment and confusion the performers and owners of the club must feel about the lack of attendance. 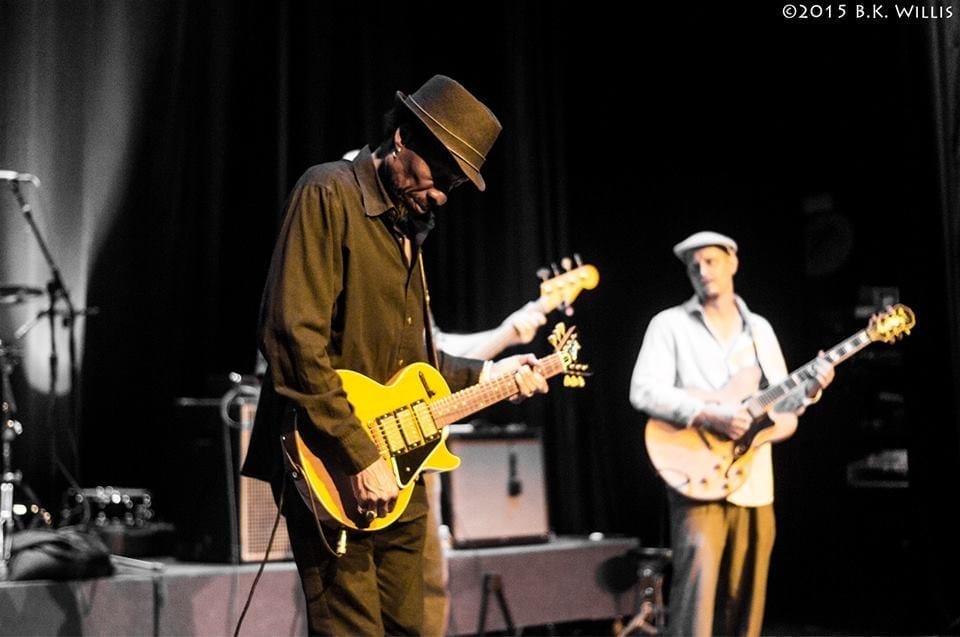 Regardless of the number of attendees, Linwood and Sol put on a show worthy of a full house. These guys are professionals in every aspect, and with Steve Wolf on bass and drummer Joe Wells, they launched into a sweet hour and a half long dose of rockin’ blues. Linwood and Sol took turns on lead vocals and guitar, with Linwood performing songs that included his original tune  “Safe To Say” as well as a smoking version of Albert King’s classic I’ll Play the Blues For You,” a song that seems to be a staple in Linwood’s repertoire and one that he has made distinctly his own. Sol took the lead on Taj Mahal’s ” Leavin’ Trunk ” and a beautiful rendition of Curtis Mayfield’s classic ” People Get Ready ” as well as originals like the funk tinged “Work It For Me” and “Tell You A Story” (which is a song about Sol’s main teacher, Cool John Ferguson) along with the poignantly titled “Have You Ever Loved Someone Who Don’t Love You?”

The rapport between Linwood and Sol is very apparent on stage – they play very well of off each other and Linwood’s slightly more rock oriented sound blends seamlessly with Sol’s more down home-raw blues-funk style to create a festival of sound for the ears. Sol & Linwood have an ongoing/occasional  sort of informal collaboration, with each guesting with the other’s band periodically and occasionally being asked to perform as a double bill where the guys can really have some fun. In any of those situations, if you have the chance to see the show, do not pass it up!

Linwood’s impeccably brilliant and- at times – almost frantic solos contrast perfectly with Sol’s sublimely understated and moving solos. One of the more amusing moments of the night came in the middle of Steve Wolf’s bass solo when Linwood strutted over to Wolf, bent down to put his ear next to the bass guitar and after a minute, looked at the audience and gave a big smile and thumbs up. And while it was indeed a very good solo, for my taste, the bass (and drums for that matter) could have been a little louder in the mix. And that was really the only fault in the performance to which one could point. For me, the highlight songs of the evening were “I’ll Play The Blues for You,” “People Get Ready,” “Have You Ever Loved Someone Who Don’t Love You?” and an unexpected, rocking rendition of “Walking Blues.”

Both Linwood and Sol are well seasoned musicians who have played world wide – Linwood has performed with legends such as Johnny Winter, The Nighthawks, and Tom Constanten and opened for Etta James, Johnny Copeland, Albert Collins, Lonnie Mack, Rory Gallagher, Joe Louis Walker to name a few. He also has recorded and performed live with Bad Brain’s leader, H.R. and he has won WAMMIES for “Best Blues Band” in 1993, 1996 and 1998. Likewise, Sol has performed with an impressive array of musicians and bands including Taj Mahal, BB King, Cootie Starks, Cool John Ferguson, John Dee Holeman, Robert Randolph and Kenny Wayne Shepherd.

So, with that kind of talent on stage, the question that begs to be answered is why such a small turnout for such big talent? There’s any number of answers to that question but certainly promoting the shows properly and to the right audience plays a big part in the equation. And Bethesda is not exactly known for it’s stellar nightlife scene, particularly along the main street through town that is dominated by office buildings. Additionally, the upscale appearance of the club might be a bit intimidating for some crowds, particularly the younger rock and jam music fans who are accustomed to a more bare bones type of venue. All of these things factor into the equation..

Whatever the reason – there is a certain thrill when one is among a handful of people to who were privileged enough to witness such a brilliant show. And I am glad to have been one of those people.

So here’s a simple overall review:

Both Linwood Taylor and Sol Roots are currently recording new CD’s – finalization and release dates are TBA but keep your ears open for some great NEW music from both.

There’s a great interview with Linwood at http://beldonsbluespoint.blogspot.com/2011/02/back‑to‑being‑linwood‑taylor.html

and another great one with Sol at https://homegrownmusic.net/news‑and‑views/featured‑artist‑sol‑roots