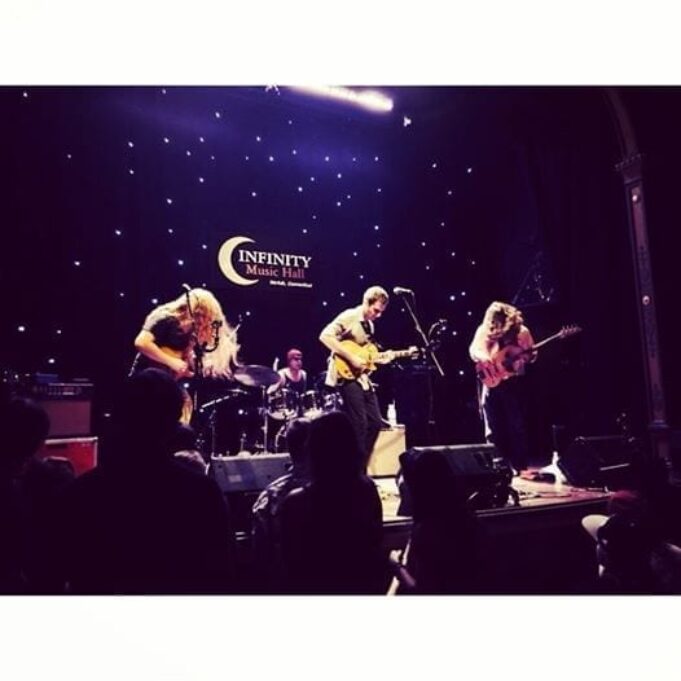 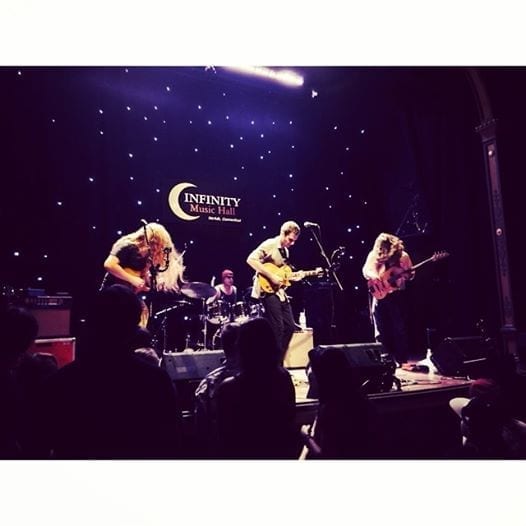 Finding a new home in the Northwest Corner (After many Sharon Playhouse Stomps), The Nice Ones took the stage at the historic Infinity Music Hall, in the musically rich town of Norfolk Connecticut. Here is a solid rock group which should evolve from a bar band to the college circuit in the near future.

No Use provided a rollicking opener to the show, and the energy swelled out into the crowd most of whom were on their feet, and remained there dancing through much of the performance. Dillon Halas was feeling it a little too much as he dug in so hard he broke a string. 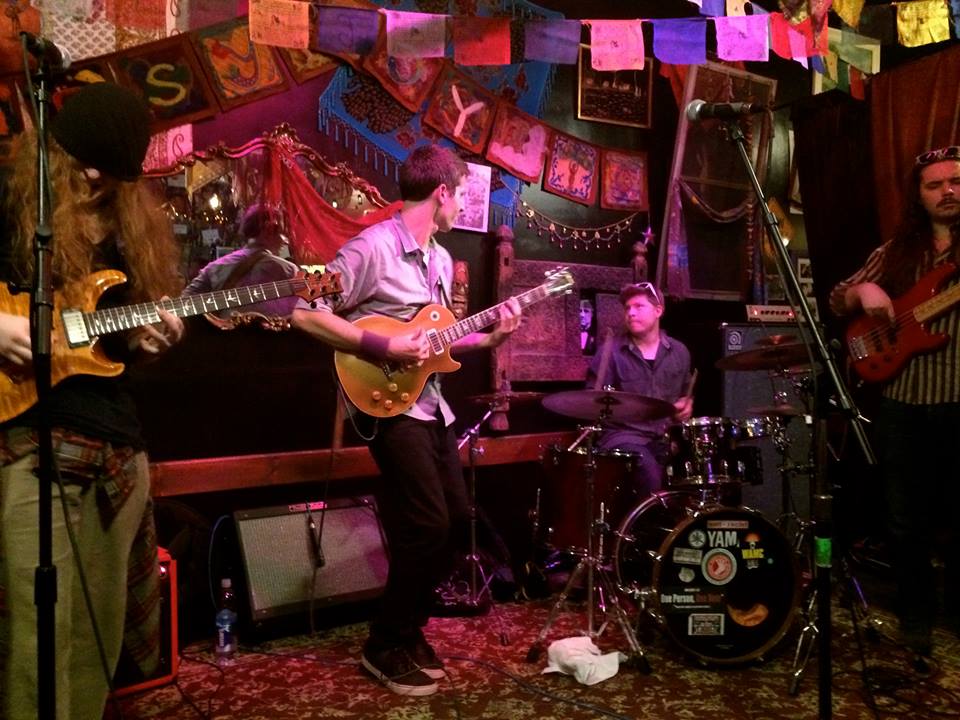 Bass-O-Matic, great bass, and on the fly repairman.

They followed with Big Sexy, a very danceable bar tune, which had the dance floor hopping, with Tyler Beaujon’s precision cadences anchoring the quartet. Patrick Surdam’s vocals on Blank Mary were wonderful. A mournful love song encompassing the floating reminiscence of romance, breaking into angry licks of remorse and an undercurrent of rage. To Be Frank saw the band firing on all cylinders, but the acoustics of the room, and the soundboard’s vocals were too loud and distorted, which took away from really tight musicianship.
They went into a blistering cover of Nirvana’s Breed, making it a nice one, as the vocals were not as gritty. Sam McGarrity took over on the grits for vocals as they segued into a raucous Drain You. For One was a floaty ethereal tune until it crescendoed into Surdam’s angst riddled lament and faded out into a seamless transition to Ava. An artfully rendered song, which could easily fit into a pop-music rotation (if ClearChannel ever played indie music.)
Marrow was a fan favorite, McGarrity’s guitar and Hal’s bass couple with the lyrics hovered betweena love song and terminal cancer.

Kyrgyn inspired by of all thing’s the film Highlander, captured the badassedness of the antagonist in a heavy metal venue with solos across the board.
Dogs was odd. It didn’t really seem to fit the rest of the show, Surdam’s quirkiness gave the song an off-kilter feel, and multiple transitions in tone and style made it difficult to develop a groove from which to enjoy the song. The majority of the audience however liked it.
Weggies quickly re-established their game and closed out the set on a high note. The band was clearly loving the room and the crowd, and it all came through with that song.
Young bands tend to save their best stuff for the encore, and The Nice Ones were not an exception. Their original Carina (NOT to be confused with the traditional Corrina a la Taj Mahal et al.) was stunning. It’s just an all around great tune. Give it a listen on their Facebook page.

Check out some rehearsal footage of The Nice Ones: