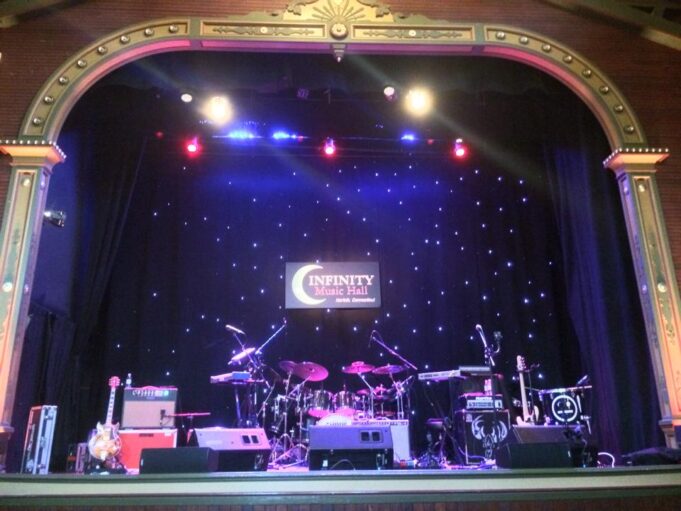 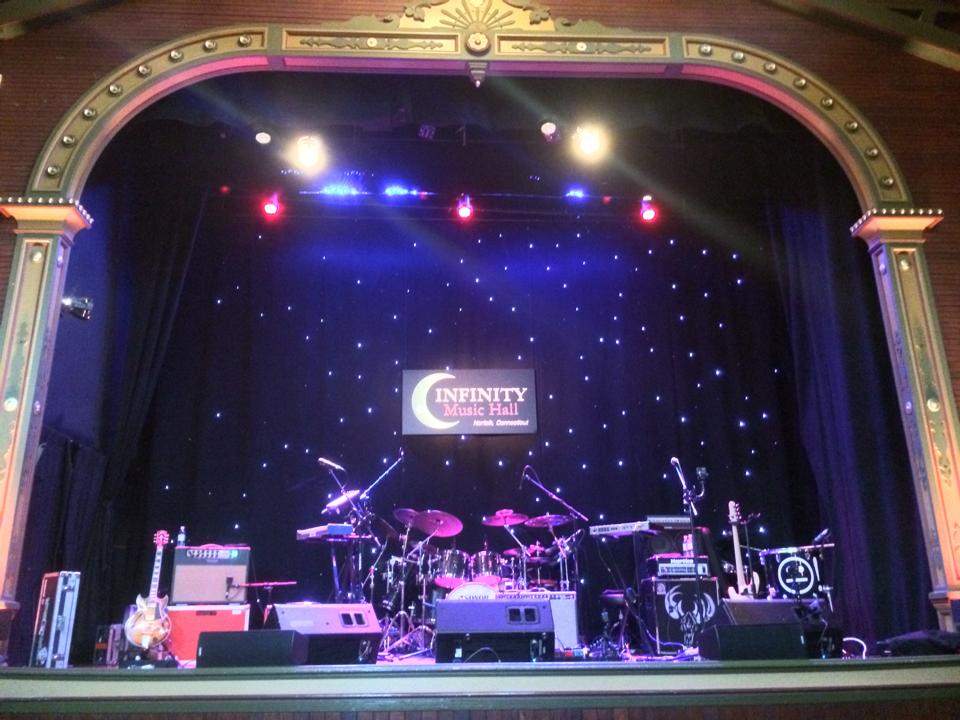 Festival favorites lespecial brought their distinct sound to their old stomping grounds of Litchfield County for a set at Infinity Music Hall. In the green room before the show, they sat down and plotted their course for the evening’s show. Their priority was deciding what sound would fit best in an historic venue, and consideration of the crowd’s expectations, and they did that to near perfection.

They opened with Ransacked a spacey, chest-vibrating groove, which paired with the lit stars on the Infinity backdrop curtain, was a great way to start a show. What was evident early (and throughout) is that this is a trio with well-established synchronicity, plying their complex rhythmic soundscapes with comfort and ease.

They followed with Yellow Medicine Dancing Boy off of the album “Ceremony.” And the polyrhythmic percussionist Rory Dolan was spot-on. They went with the tune, getting their many fans and some newcomers on their feet, working the crowd the old-fashioned way. Giving them danceable music.

Sweet Pea had vocalist Jon Grusauskas on Guitar, boards and synthesizers delivering an ambient, yet funky melody of sonic goodness. Which was seamlessly transitioned into the crowd-pleaser Sugahboi reminiscent of the childhood phrases for boys and girls, the androgenic sweet and savory aspects encompassed in a tune intertwined with snaking instrumentation and a solid hook.

No shows are without risk, and Dangus Khan was their most adventurous song. It was stomp heavy, like wandering into aurally hallucinated carnival music, enough to put you a little on edge, and enough for you to keep balance while dancing. It was a gamble that paid off well.

At the start of the next song, bassist Luke Bemand and Jon G. decided to mess with the crowd by getting them to clap along with the next song. Jon’s half of the room had to follow a 4/4 count, while Luke’s had to clap in 7/8. The resulting confusion was fun to behold, and a fun segue into Squid Rising, but it underscores something about lespecial, which makes them different. While they are all independently talented individuals, their song craft involves complex and differing time sequences in rhythm, percussion, lead and melody. Over the past ten years, they’ve really honed their songwriting abilities, and gathered a core group of ardent followers.

Mogwai had bassist showcasing his considerable talent with funk, slap and fuzzed out punk. Stylistically he’s hard to define. He’s seems to have taken influences from Flea, Les Claypool, Mike Gordon, and John Wood, poured a dash of each of them into a cocktail, where the main ingredient was single-barrel Bemand.

For their next offering they had local guitarist and singer Elias Simeca join them for a cover of the Tears For Fears ditty “Everybody Wants to Rule the World.” It was well rendered and Elias drew cheers, and it was nice to see a band share a stage with another performer, at such an early point in their careers.
They returned with Third Antler a tribal yet contemporary song, which fit in well with their progression of hypnotic grooves, and a staple in their shows. It was a perfect set-up for some new material, as they ventured out into Fruit Sauce 5 Trill. Describing the sound, it started out evocative of the South Pacific, distant, exotic, and welcoming, until it launched into a speedy rock tune, like a tropical storm suddenly erupting out of the established calm. They had the place jumping as this was supposed to close out their set.
Then came the dilemma, what does a band do when they’re told to keep playing when they weren’t expecting to? This was a carefully plotted and successful performance, and now they had to add two more songs. While both songs were well-played (a cover of Primus’s) Groundhog’s Day cashing in on the energy of their initial closer, and lespecial’s Crusher a sonically interesting piece with sound loops and fx, it was slower in pace and energy. If they switched the order of the last two songs, I think it would have behooved them better; yet overall, a brilliant performance, and just one pitch off a perfect game.