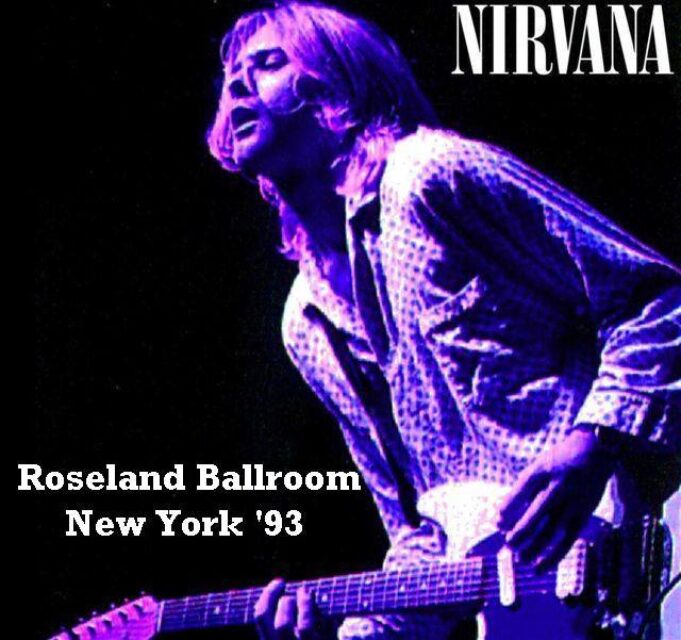 Roseland Ballroom and what it meant to me 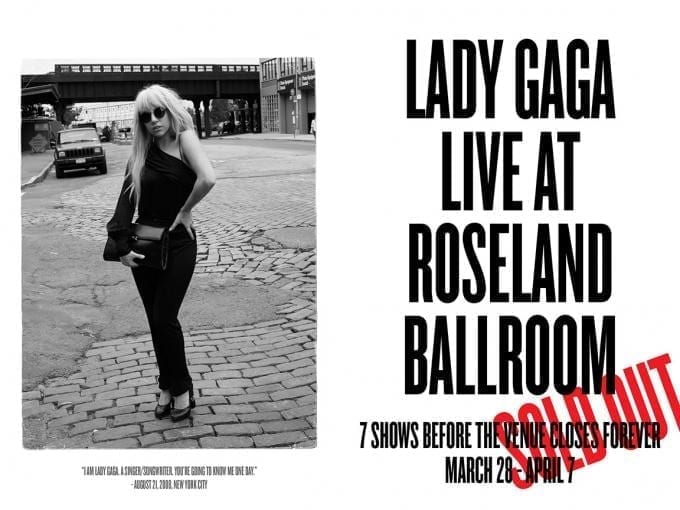 Jason Miller works at Live Nation and has been in the live music industry for decades, with MCA Canada, the Horde Tour, House of Blues International and now resides in New York City.

April 7 marks the close of a very important chapter in New York and Jason Miller history.  The famed and illustrious Roseland Ballroom had one last hurrah with the incomparable Lady Gaga capping an epic and record breaking 7 night run.  It’s hard to put into words exactly what this venue means to concert fanatics and all of the memories that reside within its walls.  Here is a list of my personal favorite top ten moments along with a little color commentary.

This one is pretty simple.  You’ll never forget the first show you booked in a room.  Great night, didn’t sell out completely but went most of the way.  The venue is like ‘oh here we go with a bunch of hip hop crap we don’t really want’

2011 was easily the most epic year I had in the venue and it will be a recurring theme.  We had 7 consecutive nights of shows starting with Big Audio Dynamite on the 19th – which was technically booked by Ron Delsener.  Anyone who knows me knows The Clash and B.A.D. in particular were huge heros of mine and Mark Pearlman and I played those records to death in the late 80s.  Mick Jones was king and still is in my eyes.  Then we had 3 nights of Kid Cudi who blew through 10,000 tickets with no advertising.  He sent a tweet and we sold out two shows before I realized we were already on sale.  That got us to Saturday night where we had Axwell from the Swedish House Mafia and that was not only an epic show but I designed the lights and video look and it was great personal pride.  Finally that got us to Sunday and Monday where we had 2 nights of Lupe Fiasco – a great rapper from Chicago and someone whom I truly enjoy hs art and his company. 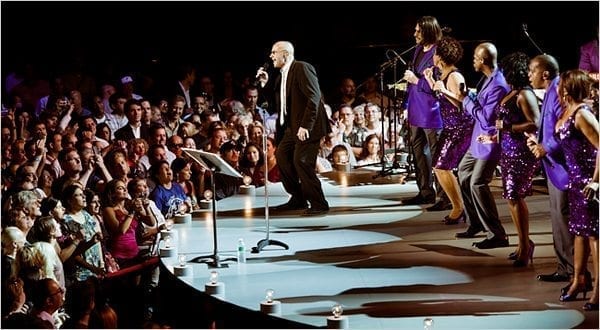 This was memorable as I got to work with the late great Michael Farrell someone whom I truly admired and in turn he always looked out for me.  I mean the guy repped Pink Floyd for god’s sake and Genesis and Phil from day one.  We shot a DVD – it was the total Motown show – based on the record – so no hits – only oldies.  He had the ripping band which included Bob Babbit on bass – a true legend.  Phil Collins might be the nicest man in all of music.  We used the original stage and played to the short end of the room.  It was a comprehensive project

Ryan Raddon AKA Kaskade is my dear friend, favorite american DJ and his manager Stephanie LaFera is one of my closest pals and confidantes to this day.  Steph and I worked tirelessly to take the party to a whole new level with balloons, stiltwalkers, hot chics doing acrobatics above the crowd on a globe like apparatus.  We brought some friends along – Alesso, Bart B. Moore,  Alvin Risk, Theopolis London, Sleepy & Boo, a bunch of folks.  MNDR was a handful as I recall.  I ended the night covered in glitter.

The super group project with Dave Grohl back on drums and Josh Homme and John Paul Jones.  It was pretty sick and Dave always loved the room.  So much so in fact that the band came back in February for a seconds show.  Given the limited amount of dates this band has ever played this is I think the only room they have played twice and perhaps I am the only promoter to have the band more than once.

Before Gaga takes the title later tonight, the record was six nights in a rown by Deadmau5 who took it away from rage against the machine who had done 5.  But before any of this I did a three night stand called The Trifecta and we gave each night a unique musical identity.  The last night was a show for the ages light years ahead of it’s time.  Deadmau5, Kaskade, Calvin Harris, Pete Tong and Sleepy & Boo.  I was a visionary!!!  Lol.  It was a lineup that will probably never be repeated and solidiied me as a strong voice in dance music. 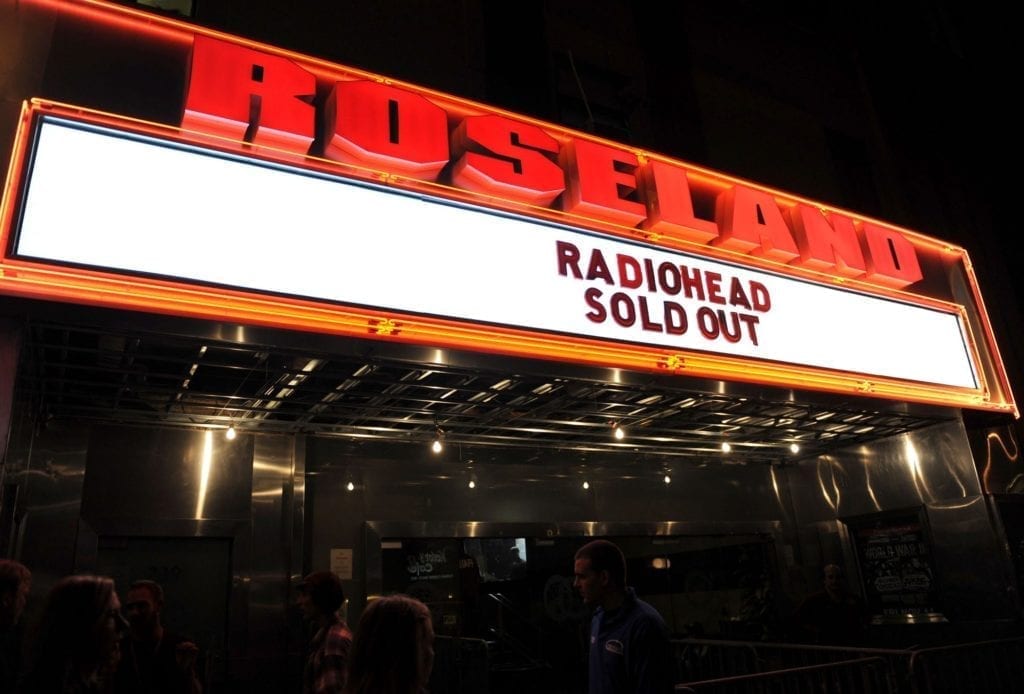 Radiohead.  What more can be said?  The only US shows the band played in 2011 if I remember correctly.  It was one of the most high pressure shows of all time for me.  I made the Huffington Post for my out of office message that everyone saw telling folks I love you but sorry I can not get you radiohead tickets.  I told a lot of important people no in order to make sure the hard working kids who love the band got in.  I think I lost my table to Scarlett Johansson and my pal Erik Newson and I sat with Jack Black and John C Reilly which was fun.  Blake Lively was there – fucking everyone under the sun and every scam imaginable was pulled to get in.  The shows were sick as usual and Thom is another fan of the room having played there with Atoms for Peace as well – maybe more than once.

We are starting to split hairs about what is really the biggest event in the venue.  This one was HUGE.  What a show, what a production, what a DVD shoot.  There were a lot of moving pieces and high profile attendees.  Jay-Z – of course.  Gaga and her huge hat.  Paul McCartney.  I got the call that Sir Paul was coming about 30 min in advance and that he had my cel # in case of problems – no pressure.  She was pregnant.  No one knew for sure – it was all speculative until her MTV or whatever award show thing she did a couple weeks later where she rubbed her belly.  I think it may have been the biggest thing I ever did in the room but by a very narrow margin I thnk 2 events may have an edge – so subjective

Right here.  Right now.  Tonight it all comes to an end.  A New York Icon closes a New York Icon.  If you see this show, which you can see tonight online, you can see exactly why she is so fucking amazing and why it is a perfectly placed artist and moment in time.  I’ve never had such a huge show go so smoothly.  The stage, the song treatments, the crew, the whole thing has been wonderful.  It is a true New York moment. 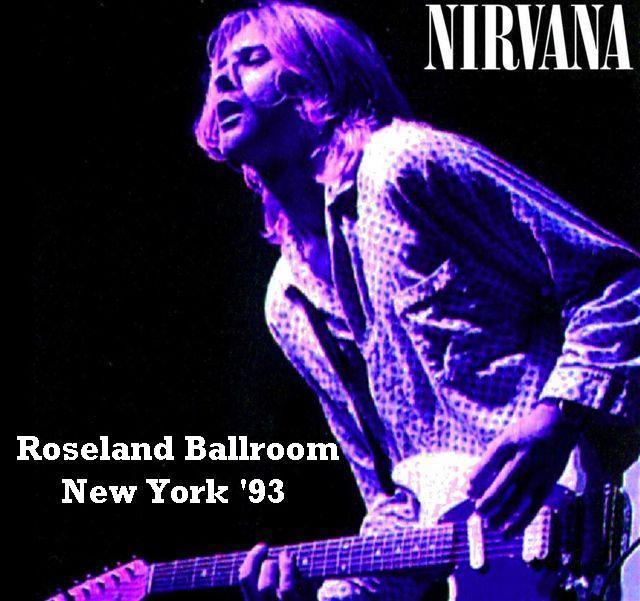 It all ends for me where it all began.  Young kid – first time ever in New York.  I came with my pal and partner Elliiott Lefko who brought me to NY for New Music Seminar.  It was a super tough ticket.  The band was at their prime.  Their agent Don Muller took great care of us when the entire world was bearing down looking for entry.  Kurt overdosed that night before the show and damn near didn’t make it – to see the next day let alone the show itself.  I vividly remember Elliott, Don and I talking about the media being so hard on Kurt and that he was a super genius and if they justleft him the fuck alone it would be better for everyone and reflect in the shows – which were always amazing.  They played a lot of hits.  Polly was amazing as was Heart Shaped Box.  It was the first time I ever stepped foot in the room.  And like I said above – you just can’t forget your first time.  This show, Roseland memories aside, was one of the very best period.  I always felt Nirvana was misunderstodod.  It’s a hard band for many to digest.  They changed the world in their own way and on their own terms.

The memory of the venue, like the artists themselves, will live on forever