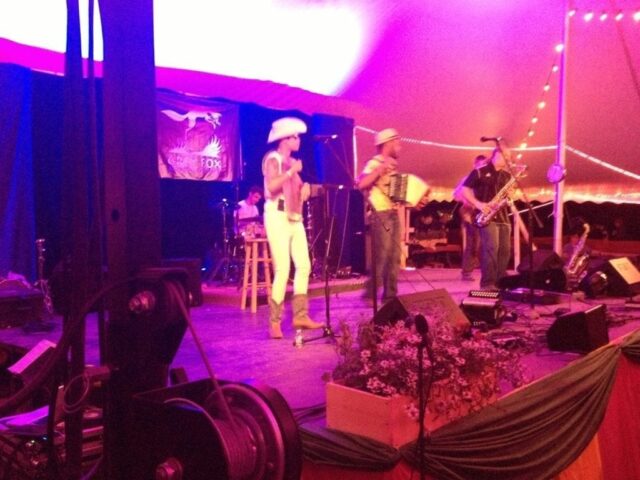 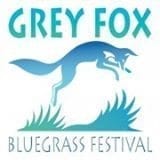 by Joe Motika   My experience  at this festival may be quite different than most. As assistant crew chief for the hospitality tent, most of my time was spent feeding the artists and volunteer staff. Our tent was located right behind the main stage, offering great sound and a fair view of the stage from right where I was working. It was indeed amazing to be able to work as bands such as Steeldriver and Del McCoury and Keller Williams serenaded the audience during our dinner service. I was even able to sneak away from the hospitality tent to catch a couple of my favorite acts, The Devil Makes Three and the Carolina Chocolate Drops, both bands making their first Grey Fox appearance. 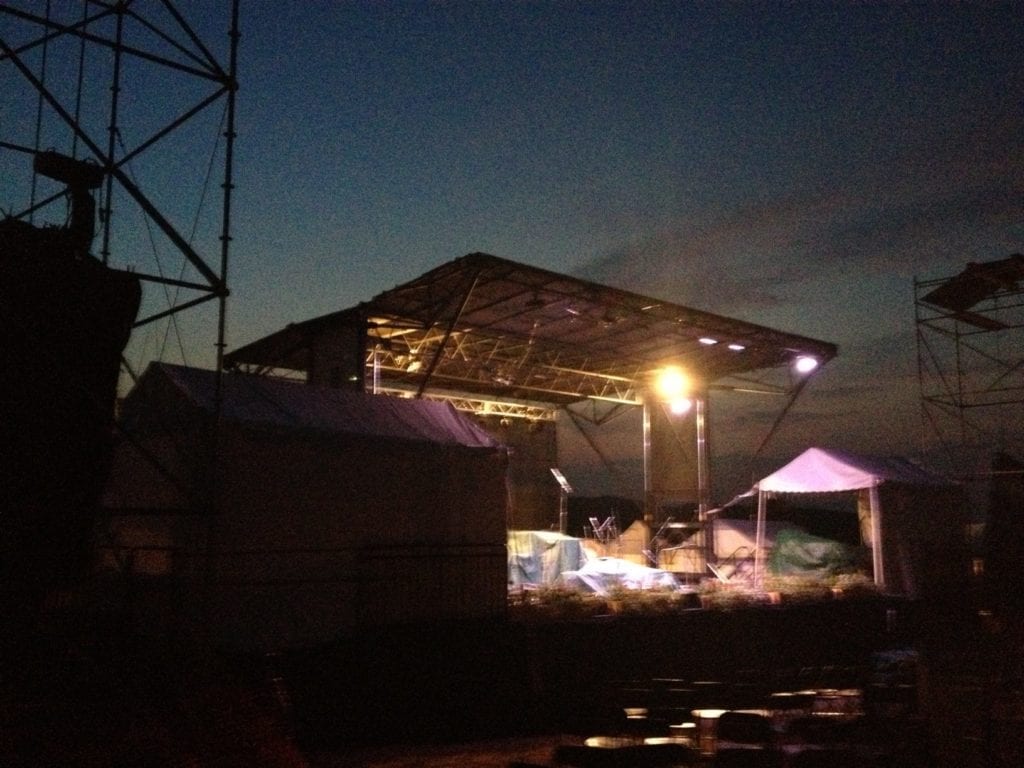 It’s hard to give a review on any one band at this festival, as all the pickers were out of this world, and I was working about 18 hours per day. But what I can speak upon is that everyone in attendance, workers and performers and concert-goers alike, are all dedicated to the love of quality musicianship and technicality. What makes this festival such an enchanting place to be is the sense of community. For over 30 years, Grey Fox has been the standard by which bluegrass and folk musicians can find their standing. Whether it be onstage or in the late night jam sessions around the camp sites, there is constant live music being picked across the festival grounds. In fact, there are people who go to this festival specifically for the late night jams and dance parties that continue until well after sunrise. For instance, walking around the camping areas after midnight, one is likely to come across names as big as Sam Bush picking with a group of unknown musicians around their camp fire. 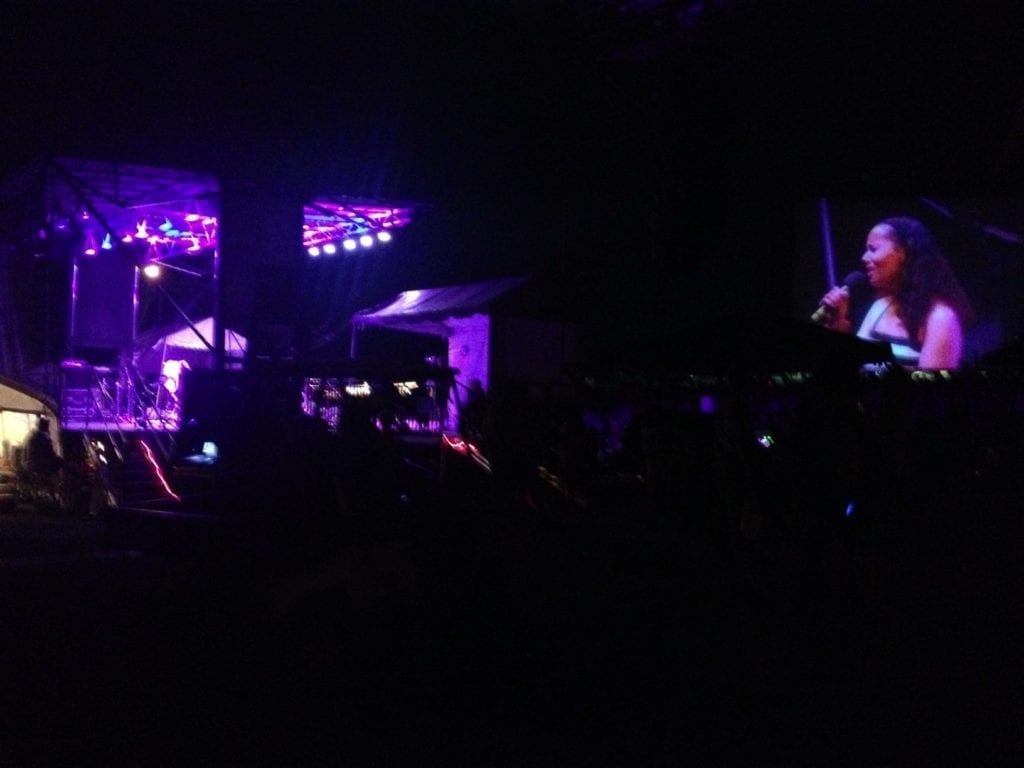 Walk a little further on and see four different fiddlers from different bands playing together under the dim light of the Master’s Stage, which has no performances scheduled for another eight hours. A little deeper into the grounds, there are the Grillbillies and their loyal supporters sitting around burning grass and dancing until dawn. They are three generations of pickers deep now, and have been there exclusively for the late night sessions for close to the whole time the festival has been going on. . Sometimes it can be cliquey and some are sure to let you know that you cant hang with them musically, but for the most part, all are welcome to at least listen to whatever is being played. Large groups always form around the nicest sounding groups until well into the wee hours. The essence of this festival is a shared love of conversation through music, camaraderie in the shared expression of traditional voices, and the celebration of traditional American roots music. 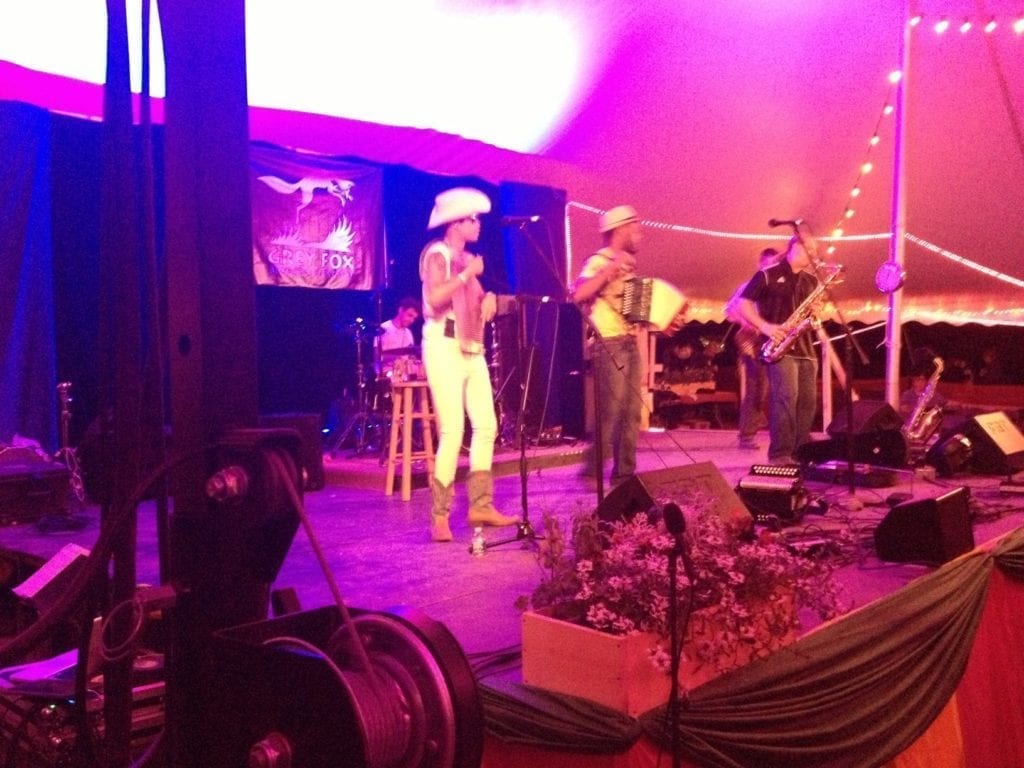 Whenever I had the chance to sneak away from the hospitality tent to catch an act, I would scoot away in the hospitality buggy and listen to some amazing down-home picking. It was everywhere! So much so that I was lucky to have the buggy back to hospitality in time for the breakfast crew to use it for their coffee run at 5:30 am. The Grey Fox Bluegrass Festival is a Mecca for pickers and music lovers of the bluegrass genre. It is also a place where people who know how to appreciate amazing musical technicality and the history of American music would be pleased to spend a weekend. So why don’t you come join us next year? I’ll be there cooking in the hospitality tent again. The feeling of family pervades, and it becomes addicting. I can’t wait for the third week of July 2014!