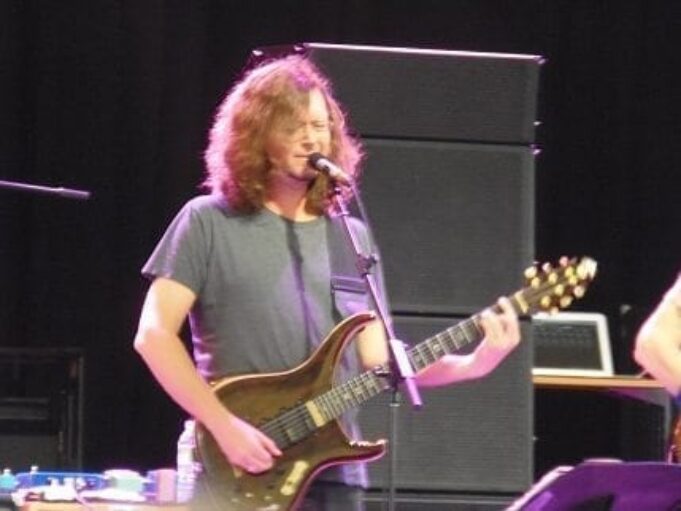 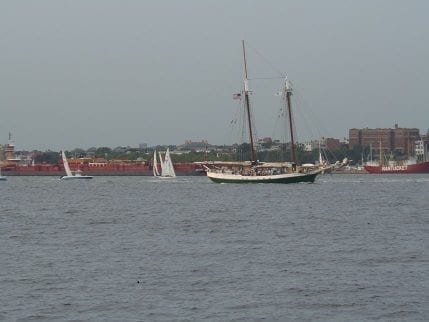 The second night at the Bank of America Pavillion in Boston was the first show I had been too since the finale of the Spring tour.  (Check out the review of that show by clicking here.)  The evening was nearly unbearably hot, but apparently not as hot as the night before.
Set one unexpectedly started with Alligator, and I’m not sure that I’ve ever seen that song before.  The lyrics were held down by John Kadlecik and it was a pleasant treat.  The sound was more than a little bit muddled at the start of the show.  What followed was a fantastic Looks Like Rain.
Now, for the last several shows that I have seen with Furthur, the band has taken quite a purposeful pace, playing at a pace that is a bit slower than fans of the Dead and other affiliated bands may be used to usually.  In the case of this song, it fits amazingly well.  I don’t know that I have heard Bobby sound as good as he did in that song in the last several years  The patient delivery allowed the lyrics to unfurl and by the time that the intensity of the song builds up, Bobby was in full form and brought out every nuance and energizing subtlety that fans of the song expect.  Someone in the row behind me was ecstatic claiming it was his favorite song and that after just two songs, he was set. 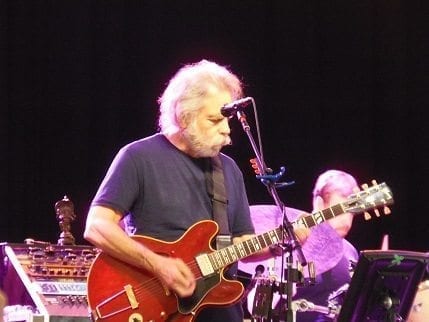 The pace remained patient with a JK vocally led Built to LAst followed by El Paso.  The greatness of the gradual pace of Looks Like Rain was not repeated in El Paso, a song with so many verses that the patience being exhibited by the band behind Weir’s rhymic choices just seemed to drag instead of jumping at the jaunty pace that cowboy ballad is meant to have when penned by Marty Robbins.  But that’s okay, Weir has earned the right to do the song at whatever pace he desires, and that sentiment is clearly shared by the five thousand folks in attendance that night.
There was a spirited blues jam that spilled gently into another JK led Garcia traditional, Dire Wolf.  The set ended with a perfectly coherent Railroad Blues also sung by Kadlecik.  The set clocked in at a surprisingly short 57 minutes roughly.
After a not that long set break, long enough for us to grab a beverage and try to get into the open air for a breather.  A somewhat surprising Hard to Handle was helmed by Weir and was quite spirited.  It didn’t lag as some of the other Weir stuff has lately, and was a very interesting take on the song that was originally done with the Dead by Pigpen, though made recently famous by the Black Crowes and penned by Otis Redding, Al Bell and Allen Jones when being originally recorded by Redding.  It was cool to see Furthur take a modern approach to a song they’ve been doing for some four decades or more in previous bands.
Brent Midland’s Just a Little Light was next and was sung by JK, one new guy singin 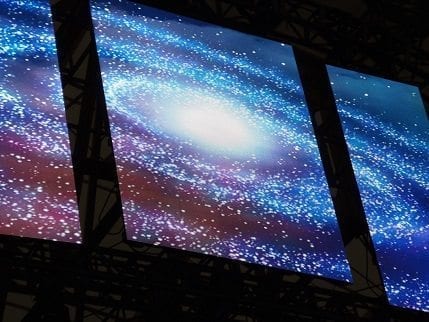 g the song of the perennial new guy.  Phil Lesh took the vocals for Garcia’s Eyes of the World and it was very interesting in its take, and was a great new take on the Wake of the Flood classic.
What followed was the funkiest song of the night, Shakedown Street.  It’s funny, as it was the first moment you could really feel the audience getting down hard.  And it last I don’t know, three or four minutes before the heat and the extended energy requirements of the evening sapped the strength of many of the audience members.  It was hot, both the version of the song and the temperature at the pavillion.
The band entered a jam space and eventually spilled out into The Wheel.  Again, what appeared to be a somewhat short set spilled into the second set’s finale, Morning Dew.  I should mention that the highlight of these particular jams was Joe Russo, who covers an enormous amount of ground on the drums, somehow referencing the style and nuances of two completely different drummers, and yet outlining his own rhythmic thoughts on the material.  I’ve been seeing Russo since his days in Fat Mama, and it is so amazing to see him in this context, inventing and reinventing this material in his own ways.  Set Two closed with a perfectly perfunctory version of Midnight Hour, which was nice but not overwhelmingly different than other versions I’d seen recently on Spring tour. 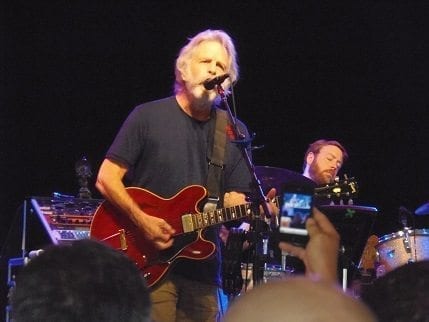 With two short sets, I was wondering what was going to happen with the encore.  My curiosity was rewarded with a version of the Garcia classic, Row Jimmy.  To my memory, this was the first time I had seen this particular song as an encore selection. When I ran into Kadlecik later that night and I commented on it, and the reality of a double encore, his comment was that perhaps it was a reaction to the somewhat abbreviated nature of the show up until that point.
After Row Jimmy, the band was not done and continued into the classic, Touch of Grey.  This is not only an anthem to Garcia and his passing, but also to the longevity of this band, which is a bit of his legacy, and to the strength and endearing quality of their whole song book.
This was not the best Furthur show I’ve seen by any stretch, but a cool venue, some interesting song choices and interpretations, and a welcome night hanging out with my old musical friends all combined to make for a fine evening to be sure.  We met some super nice people, got to hang out near the Harbor, and to spend the night in Beantown with my Grateful friends, well, there is nothing to complain about there.
SET ONE: 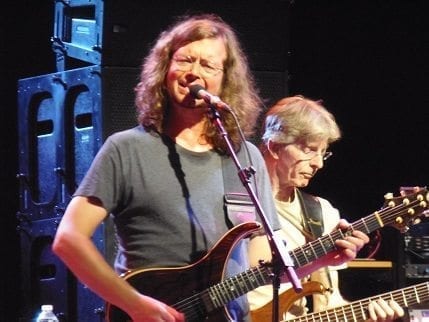 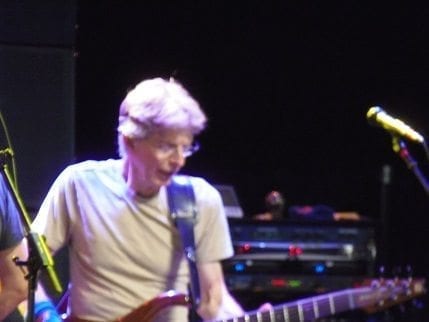 Eyes of the World (PL) 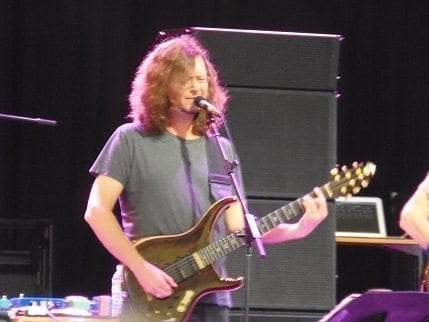