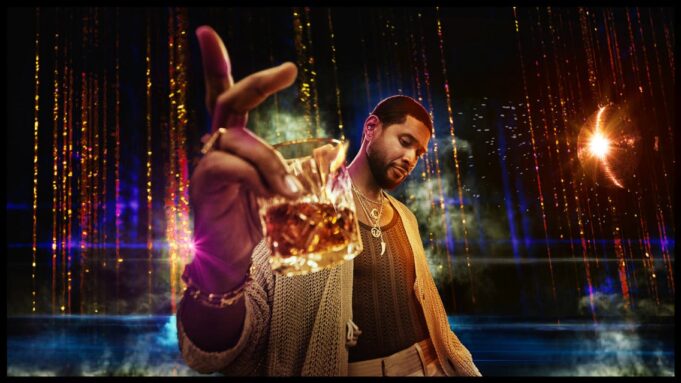 One of the greatest R&B pop artists of all time is without a doubt, Usher. With his high notes, vocal tone, great songs and superb dance moves, he is an unforgettable artist. On July 16, 2022, Usher opened a new residency in Las Vegas at the Caesar’s Palace and if you were wondering how to get tickets or what the show is like, we have all the details for you!

The now famous My Way Show in Las Vegas, which was initially supposed to run until the end of October in 2022, has now been renewed for a second run that will begin in March 2023 and go until the summer of 2023, so you still have plenty of time to save money and get the best tickets!

With a captivating entrance, Usher had his audience full of excitement and screams throughout his entire show. He opened the show with his hit song “My Way”, as he appeared in a dark background with only a spotlight on him, while he sang with a dancer moving around him. When the lights turned on, he began to engage with his background dancers, showing off his one-of-a-kind dance moves.

His show includes his many other hit songs, including one that drove the crowd wild when he began to sing it, “Love in This Club”. During this song, you could definitely feel the emotion of the audience as they were singing along. The lights flashing to the rhythm definitely made it feel like you were in the club. Additionally, the live band really made an impact, particularly the trumpet which you can hear blaring mightily. Usher’s dance moves are captivating as he spins and jumps around with his unique pizazz!

One of the biggest set props, though, came when the song “I don’t mind” came on. The famous song, which speaks about not minding that your girl works on a pole, was presented by multiple girls on a huge jungle-gym-looking stage feature. Girls were obviously dancing around the pole to accompany Usher’s infamous lyric which gives power to the girls who get home at 3 am because they are making that money!

Without a doubt, the throwback that took the audience on an emotional rollercoaster was “My Boo”. Usher, without any props or fancy lighting, delivered the performance of this song with an emotion unlike any other present in any of his other songs. He invited the audience to sing with him before transitioning to another one of his great songs. “Dj Got Us Falling In Love”.

“You Make Me Wanna” was another impressive performance. His band delivers incredible live music. Usher then delivers his classic dance moves with a chair, spinning it and spinning himself around the chair making the dancing look so easy – classic Usher moves! He is also accompanied by great backup dancers who do a magnificent job themselves of showing off the chair dance moves as well.

When “Burn” begins to play, Usher asks the audience to pull out their lighters as it is a melody unlike anything else, with hurt and pain that the audience has related to at some point in their life if they have ever had a relationship come to an end.

After taking the audience down a memory lane full of nostalgia, Usher transitions into his upbeat song “OMG”. Again, the performance by the band is incredible and paired with Usher’s vocals and dancing, it was a song that definitely turned the atmosphere upside down!

Usher continues to deliver an amazing performance. He interacts with the audience on multiple occasions. He even joined the audience to sing from amongst the crowd. The show ends with his great hit “Yeah” and the huge jungle-gym-like prop was brought out again to finish with a bang!

Usher’s My Way Show in Las Vegas would definitely give any Usher fan an experience they will never forget. The hip-hop management really has exceeded in delivering a great show.

The following is the list of songs that are included in Usher’s show:

She Came to Give It to You

U Don’t Have to Call

Love in This Club

There Goes My Baby

You Make Me Wanna…