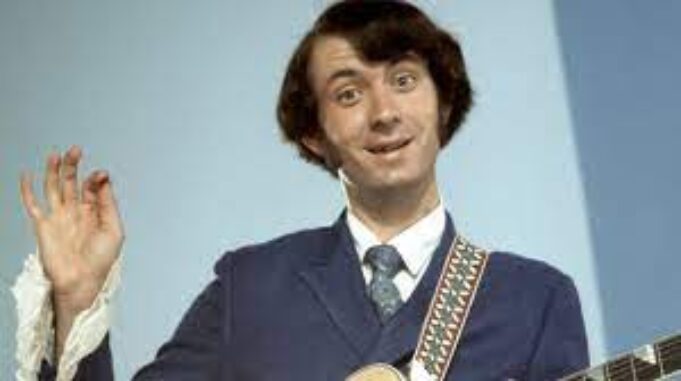 We are so sorry to report on the passing of Michael Nesmith today at the age of 78.

Nesmith was a rock and pop pioneer as a founding member of the Monkees. The Monkees were a huge commercial success and pioneered the video music age, long before the launch of MTv and other cable channels. The Monkees was a pop band made for a television generation. Their TV show had what was initially a fictitious band in zany situations that led to songs breaking out a few times per episode.

The bands hits became the fabric of American pop and rock culture from “Daydream Believer” to “Stepping Stone” to “I’m a Believer” and the list goes on and on. Though Nesmith shunned the reunion circuit he rejoined his old Monkees bandmate Mickey Dolenz for a shows in 2021.

Years later Nesmith continued to pioneer the video music age as an originator at MTv. To say that MTv changed the landscape of popular music and rock and roll would be a gross under statement. Nesmith was regarded as the most musical of the Monkees, playing guitar and singing, and writing songs throughout a career that spanned a half decade or more. His solo works were more wistful, contemplative, and head a sun kissed country tinge that endured him to true fans. The other members of the Monkees were Peter Tork, Mickey Dolenz, and Davey Jones.

Nesmith was the first of the Monkees to record a solo album. He was also a respected song writer who made contributions to other artists including Linda Ronstadt who recorded Nesmith’s “Different Drum” in 1968. Unlike the other Monkees, Nesmith’s musical talents and writing ability were respected even in serious music circles, and he became a bit of an off kilter symbol of country tinged folk rock throughout the 1970s. Even this pop rock to country crossover is something that Nesmith envisioned decades before it became mainstream.

Nesmith was a WWII baby, born in Texas in Houston in 1942 and raised in Dallas. He became interested in folk music, and kicked a round Los Angeles in the mid 1960s. The Monkees became an immediate pop success when they debuted in 1966 and the string of hits that unfolded was rarely achieved by any recording artist. Tapping into the widespread appeal of television and combining it with the mushrooming rock and pop scenes was successful in a way never seen before or since. Originally a TV pilot that Nesmith worked on with television icon Norman Lear called PopClips, Nesmith envisioned the future of MTv with short music clips interspersed with banter from comedians.

MTv’s effect on the musical landscape can not be overlooked. Bands from U2 to REM owe their popularity and global careers to MTv. And established artists from Bruce Springsteen to Aerosmith saw their careers go from successful to global music icons as a result of MTv. There are dozens if not hundreds of bands that exist in the pop culture universe solely because of MTv- from a Flock of Seagulls to Dexys Midnight Runners to Thomas Dolby, MTv brought what might have been fringe artists to mainstream America- all as envisioned by Michael Nesmith.

Nesmith’s interests were varied, and he was a complicated creative force. He produced one of the biggest film cult classics of all time, Repo Man.

Nesmith was the son of Bette Nesmith Graham, who herself was a pioneer. She invented the much used product Liquid Paper, and preceded her son Michael in death in 1980. Band mate Peter Tork died in 2019. Davey Jones died in 2012. Mickey Dolenz is alive and performing.

We wish the best to his family, friends, and fans.