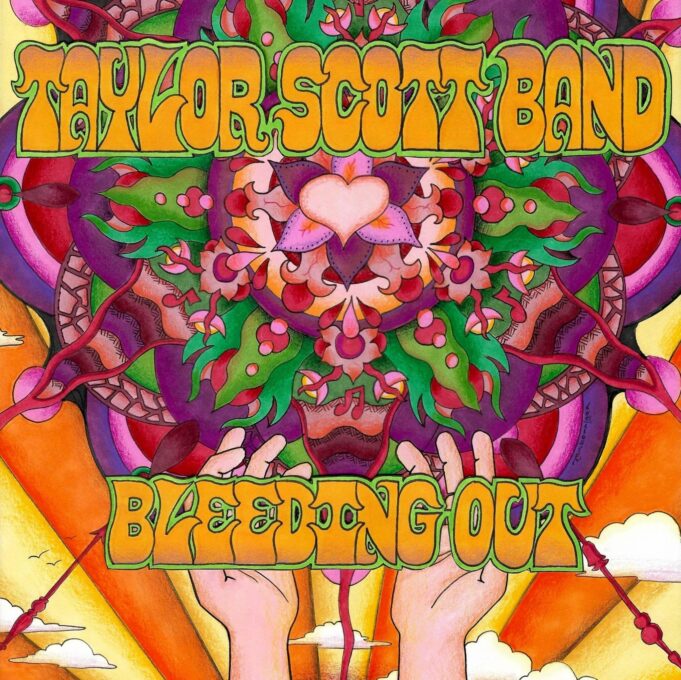 Denver-based artist Taylor Scott is excited to release his new single “Bleeding Out,” produced by his friend and mentor Steve Berlin. ‘Bleeding Out’ is an angry funk song about getting left high & dry, “ Scott told Gratefulweb. “Musically, I wanted the heavy backbeat to get occasionally broken up by riffs & breaks that sound kind of wild and unhinged. The idea being when the backbeat drops in again, it’s that much heavier. I think the band slayed that feel on the recording. The song kicks especially hard live so we’ve been having a lot of fun with it on the road.”

We are very pleased to bring you the exclusive world premiere of the new video for “Bleeding Out.”

Last year was a year of reckoning for roots rock artist Taylor Scott. After a tough year weathering personal storms, and having live music come to what seemed to be an indefinite pause, Taylor realized the only option was to shift his perspective, and he decided to use the time to reflect and regroup. “I recommitted myself to music and personally had to work through so much. I felt like I was hitting my head against the wall for so long, and something finally just broke open. ‘Some of the new songs dealt with those dark months, charging ahead, because the only way out of it was to go forward through it. The others are so happy and lighthearted, and I haven’t written that way for years. I’m feeling celebratory now, and those songs reflect that.”

“Bleeding Out” comes on the tail of his buzzed-about performance at this year’s FloydFest that saw him winning over fans including Keller Williams and Leftover Salmon with whom he gave a blistering performance For the last several years major artists have come to see Scott’s prowess and promise on guitar. This clip from 2019 shows Taylor Scott with Los Lobos:

In addition to the new music, Scott is most excited about being back on the road, playing live, and connecting with fans in person. This rest of the summer will see him playing festivals and concert series throughout the mountain states before heading out on a tour of the west coast supporting Carbon Leaf.

KEEP UP WITH TAYLOR SCOTT BAND