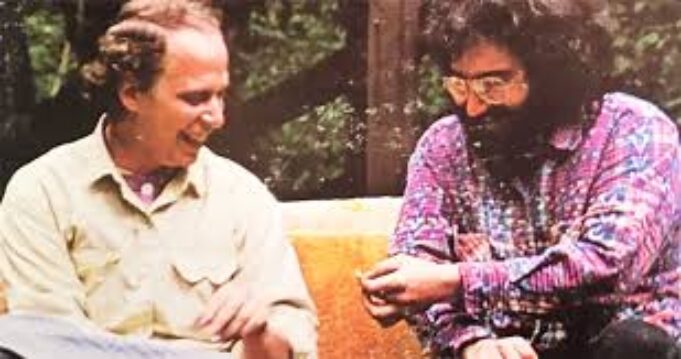 Howard Wales was a session keyboard player who performed with array of artists from James Brown to the Four Tops. He may be most remembered for his collaborations with Jerry Garcia.

Wales passed today December 7 2020 in Sonoma California at the age of 77.

An announcement on the Howard Wales facebook page reads, “It is with profound sadness that we announce that Howard Wales passed away peaceably this afternoon. Please keep sending all your love and prayers for Howard’s new journey and rendezvous with the sun…”

The day prior a message was being circulated that Wales had suffered a terrible medical calamity and requested the collective prayers and energy of the jam band community for Wales’ peaceful passage.

“We were doing acid jazz when nobody was,” Wales laughed during a 2017 interview. “We were doing stuff that was completely different.”

After honing his chops during the mid-1960s backing acts ranging from Ronnie Hawkins to the Four Tops to James Brown, Wales eventually settled in San Francisco, joining the group A.B. Skhy; he first performed with Garcia at the guitarist’s weekly jam sessions with bassist John Kahn and drummer Bill Vitt at the Bay Area club the Matrix, and in 1970 played on the Dead’s seminal American Beauty LP.

Hooteroll?, the first joint Wales/Garcia album, appeared in 1971; in January of 1972, the duo also teamed with guitarist Jim Vincent, bassist Roger Troy and drummer Jerry Love in a band which performed regularly during the year to follow. In addition to a longstanding stint backing guitarist Harvey Mandel, in 1976 Wales released a solo album, Rendezvous with the Sun; a follow-up, The Monk in the Mansion, appeared a few years later. He performed infrequently with Garcia in the years leading to the latter’s 1995 death; one of their 1970 Matrix jams was officially released in 1998 as the first volume in the ongoing Side Trips series.

The 1971 on Rykodisc of Hooteroll? became a must have in the collection of any serious fan of Jerry Garcia with its free and loose playing it represented for many fans directions that Garcia might pursue outside of his main gig in the Grateful Dead. The album and the few live performances with Garcia and Wales represent some of the most open jamming, free of rules and boldly exploring the edges and intersections of rock and jazz with a fury and bravado that is rarely heard.

Wales came to the attention of many Bay Area musicians when he was running jam nights at the Matrix in San Francisco attended by the likes of Garcia and John Kahn. These jams led to a tryout with the Grateful Dead that didn’t stick, as the approach of the band and Wales to music was so different. Garcia however continued the relationship for some classic recordings and performances.

“Howard was so incredible, and we were just hanging on for dear life,” Garcia was quoted as saying in the book Garcia: An American Life. “For some reason, Howard enjoyed playing with us, but we were just keeping up. Howard was so outside. For both of us that was a wonderful experience. … Playing with Howard did more for my ears than anybody I ever played with because he was so extended and so different. His approach was all extensions and very keyboardistic, not guitaristic.” (reference Ultimate Classic Rock.com)

No cause of death has been released. This has been a year of tragic proportions when it comes to the loss of amazing musicians from across the musical spectrum including Neil Peart, John Prine, Joseph Shabalala, Buddy Cage, Reed Mullin, Marty Grebb and so many others.