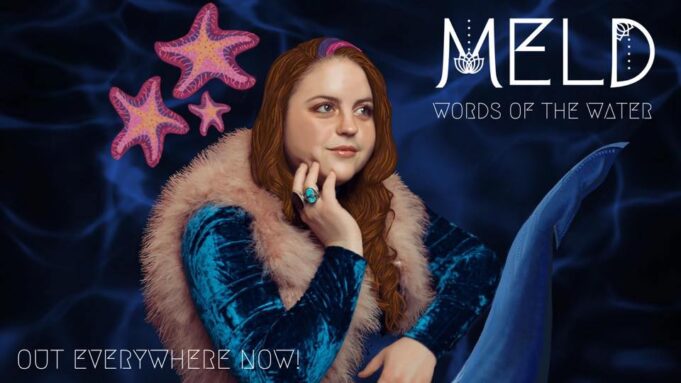 Last Friday, Melanie Dewey, otherwise known as MELD, released her album “Words of the Water”- a collective testament to environmental activism, female empowerment, inclusivity, and ‘above all’, finding the light in 2020. The album features some of Melanie’s deepest tragedies, such as the loss of her father, Christopher, who passed away in July of this year. His memory is honored through the album’s third single, “Time With You”. Despite having been dealt a painful hand, Melanie poured her entire being into creating “Words of the Water”, and hopes it will, “encourage anyone who is hurting to keep their focus on brighter days ahead”, and urges us “to seek solace in music and nature when we need a little bit of healing.”

The album was produced by Josh Nelson and Melanie Dewey and engineered by Nashville-based engineers such as, Nelson Conor McCarthy of Electric Church Records and Michael Esser of Sundog Studios, which is home to artists such as Sheryl Crow and Cage the Elephant. The album was mastered by Anthony Thogmartin of Papadosio and EarthCry, and mixed by Paul “Paco” Cossette.

“With the release of  “Words of the Water”, MELD also debuts the album’s only spoken-word project, “Listen to the Water”. For this powerful call to action, MELD teamed up with fellow female artists Amber Lily, Katie Buxton, Marya Stark, Shira Elias, Alanna Royale, Jess Nolan, Phantom Vanity, Heather Christie, and Maureen Murphy. The song “Colors” is a rally cry for us to identify one another as the colors of our AURAS/souls, not our skin or sexual orientation.” Additionally, 33% of all proceeds from the album will be donated to ocean cleanup and conservation.

Words of the Water

Year of the Lynx

Time With You (In Memory of Christopher Dewey)