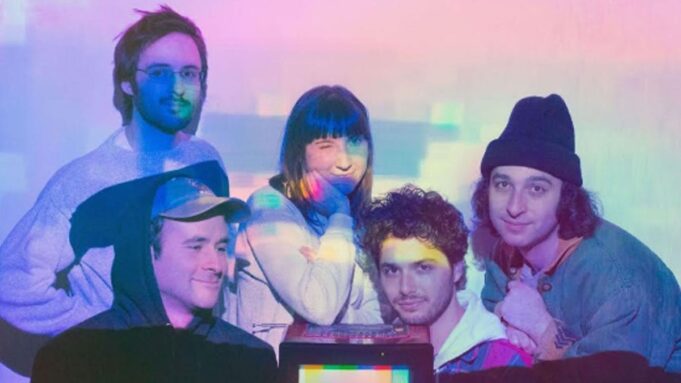 As If Always Out March 6, North American Tour Dates Announced

Bleach Day—the Burlington, Vermont-based psychedelic lo-fi pop project led by Louie Kiley and Vinny Marksohn—are sharing their sophomore album, as if always, early today, which is streaming exclusively via Hype Machine. The album, which is officially out worldwide this friday March 6th on Birdwatcher Records, is “meant to mirror a full life cycle from birth to death, fears to self-discovery” and has already earned them praise & attention from Various Small Flames, Austin Town Hall, HighClouds, TIDAL, Apple Music, among many others.

Originally spurred from the home tape recordings of Louie Kiley and Vinny Marksohn, Bleach Day released their full-length debut, Where to Dream, in 2016. Its release was met with praise from blogs such as Earmilk and Buried Muse (now Idle House). Seven Days called the album “…an eight-song sonic tapestry of analog whirrs, screwy samples and, at its core, beautiful, sun-bleached lo-fi pop.”

Since the release of Where to Dream, Bleach Day has appeared as a five-piece band for live performances—expanding to include Jon Kraus and Mitch Manacek (both of garage-punk band The Bubs) and electronic artist Amelia Devoid—at festivals such as POP Montreal and Waking Windows, and has supported artists like Phantogram, Homeshake, Crumb, and Palm. The band will play their record release show on March 6th at Burlington City Arts and will be touring North America this spring, with club and festival dates soon to be announced.

Bleach Day’s sophomore LP as if always is the product of a two year studio binge, occurring in between all of these other projects. Mixing classic golden age pop sounds, cinematic progressions, and oddball tones, as if always composes a sonic language that takes the listener through a story of growth and self discovery in its most primeval form, which mirrors a full life cycle from birth to death. Through struggle you learn to confront your fears, your shadows, and your limitations to become the person you are meant to be. It’s a journey to a place that feels far away – until you realize it’s actually within yourself, and always has been.