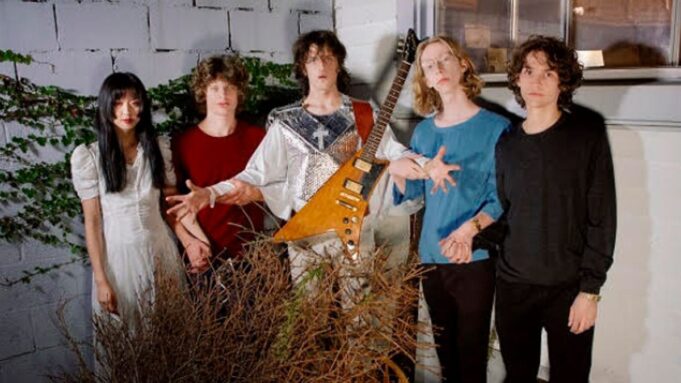 Godcaster is an experimental and hard rock band ephemerally founded by Judson Kolk and Bruce Ebersole when they were eight and eleven years old. Since then they’ve experimented with quite a few different styles and have had several incarnations of the band. The current cast consists of: David Mcfaul (keys), Von Lee (flute, vox), Lindsay Dobbs (trombone, vox) Bruce Ebersole (bass guitar), Sam Pickard (drums), and Judson Kolk (vox, guitar).

The band is known for their ecstatic live performances, serendipitous visual make-believe, and gritty gut dials. Their engaging stage presence can only be described as captivating and has caught the eye of several concert photographers, most notably, Rolling Stone’s Sacha Lecca.

Godcaster has been likened to artists such as Frank Zappa for their “expert musicality” and “unique and dynamic blending of funk and garage rock.”