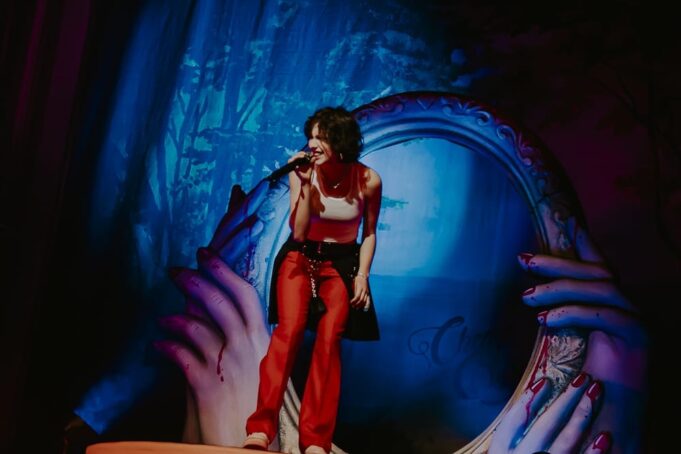 King Princess brought her Cheap Queen tour to a sold-out crowd at the Fox Theater in Oakland on January 21.

Check out the gallery of photos by Justine from this show here.

She started the night out with “Isabel’s Moment” from her debut album Cheap Queen that was released in October of last year. She played the song beautifully on the piano and effortlessly switched between the keyboard and guitar all night.

In interviews, King explains that the album’s sound came about as a result of “dealing with the most vulnerable year of my life.” So, it was great to see her sharing herself with a loving crowd.

King has fantastic energy on stage and has no trouble keeping the crowd entertained. You could see her fans singing along to each song word for word.

The last song she sang was “Hit the Back,” the fourth single off of her album. After she left the stage, her enthusiastic crowd wanted an encore, and she delivered. She performed two more songs, “If You Think It’s Love” and “Ohio.”

At just 21 years old, King Princess is already making waves in the music industry. With the way she commands the stage, I see only good things coming her way.

Check out the gallery of photos by Justine from this show here.