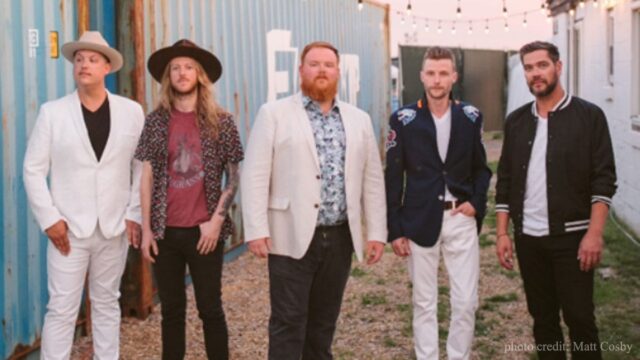 Holler folk trio The Ghost of Paul Revere have announced the line-up for their annual Ghostland festival, featuring The Ghost of Paul Revere, Deer Tick, The Mallett Brothers Band, Mipso, and Bell Systems. The annual festival will take place in the band’s hometown of Portland, ME on Labor Day Weekend, Sept 4th and 5th. Tickets will go on-sale on Friday, February 28th.

Founded in 2014, Ghostland was created by The Ghost of Paul Revere – Max Davis, Sean McCarthy, and Griffin Sherry – to celebrate the natural beauty and communal spirit of their hometown and home state with music and great food. In fact, Maine has embraced the spirit of camaraderie Ghostland embodies and declared the band’s song the “Ballad Of The 20th Maine” as the Official State Ballad of Maine last year.

Continuing Ghostland’s tradition of community spirit and phenomenal music, this year features an intimate evening performance on Friday night at Port City Music Hall with Mipso on support. The Ghost of Paul Revere will play one traditional set of songs from their catalog and one special cover set. Tickets for this performance are only available with the purchase of a 2-day GA or VIP pass to Ghostland. The festival will conclude on Saturday at Thompson’s Point with Deer Tick, The Mallett Brothers Band, and Bell Systems.

Speaking on the history of Ghostland, Griffin Sherry says, “In 2014, we decided to deviate from the normal course of an up and coming band and create and curate our own, homegrown music festival. We parked cars, set up port-a-potties, cooked dinner for the bands and started Ghostland. From day one, we wanted to create an experience for our community, inspired and built upon the very music we cherished. Now, six years later, Ghostland has become bigger than ever. We have an opportunity to bring in bands we truly admire, elevate local causes and businesses to a huge audience, and establish a gathering for our friends, family, and community that will hopefully outlast us. We strive, every year, for a bigger and more memorable experience than the last and hope that the love we have for this music, this community, and this state continues to grow Ghostland into one of the great American music gatherings.”

Additionally, $1 from every festival ticket sold will be donated to the sTAY Strong Foundation. Founded in 2019 in loving memory of Taylor Steeves (a close friend of The Ghost of Paul Revere), the sTAY Strong Foundation provides assistance to those affected by genetic forms of lung cancer. Through fundraising and community efforts, they work to increase awareness and provide education about this largely misunderstood form of lung cancer. For more information visit staystrongfoundation.org.

As to why it’s important for the festival to give back, Sean McCarthy says, “Ghostland was started with the idea to create something for the community that made us who we are. Inspired by the music, the people and the home we love, we want to give back. It’s in this spirit and in memory of our brother Taylor that we’re thrilled to announce that one dollar of every ticket sold will go to the sTAY Strong Foundation.”

Following Ghostland 2019 and the release of their EP, Field Notes, Vol. 2, The Ghost of Paul Revere are gearing up to release new music. Stay tuned for more to come this year!

For more information about Ghostland and The Ghost of Paul Revere, please visit ghostofpaulrevere.com.

ABOUT THE GHOST OF PAUL REVERE
Music stitches together a strong community around The Ghost of Paul Revere. The Maine trio-Max Davis [vocals, banjo], Sean McCarthy [vocals, bass], and Griffin Sherry [vocals, guitar]-examine life’s ebbs and flows through a distinct and dynamic distillation of folk, bluegrass, rock, and alternative. Since forming in 2011, the band has created a following that has propelled them from a local to a national level, tallying 15 million total independent streams to date. After releasing the EP North in 2012, their signature style progressed over the course of two full-length albums-Believe [2014] and Monarch [2017]-and a pair of EPs-Field Notes, Vol. 1 [2015] and Field Notes, Vol. 2 [2019].

Ghost of Paul Revere garnered acclaim from Billboard, Boston Glove, AXS, No Depression, Relix, and The Boot, who appropriately dubbed them, “not quite bluegrass, not quite country, not quite rock ‘n’ roll, but kind of all three combined.” The band has performed alongside The Avett Brothers, Jason Isbell, The Revivalists, Bela Fleck, and The Infamous Stringdusters, sold out countless headlining gigs, and appeared at major festivals nationwide: Newport Folk, Austin City Limits, WinterWonderGrass, BottleRock Napa, Shaky Knees, Okeechobee, and Voodoo Music + Arts Experience.

The boys took home “Best in Maine” at the New England Music Awards twice, in 2015 and 2019. In 2019, their song, “Ballad Of The 20th Maine” became the official State Ballad of Maine after being passed unanimously by the Senate and House of Representatives and signed into law by Maine’s Governor, Janet Mills. In 2014, they began curating, booking, and hosting their very own festival, Ghostland. Rooted in a love for Maine’s music community, the festival has grown into one of the state’s largest festivals, drawing local and national talent to the annual Labor Day Weekend event. With more music and touring on the horizon, Ghost of Paul Revere continue to expand this community.

Drop us a line at lmnandr@gmail.com with your festival preview, live show review, or live music news. 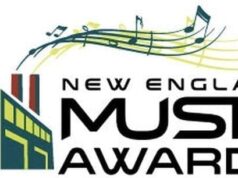