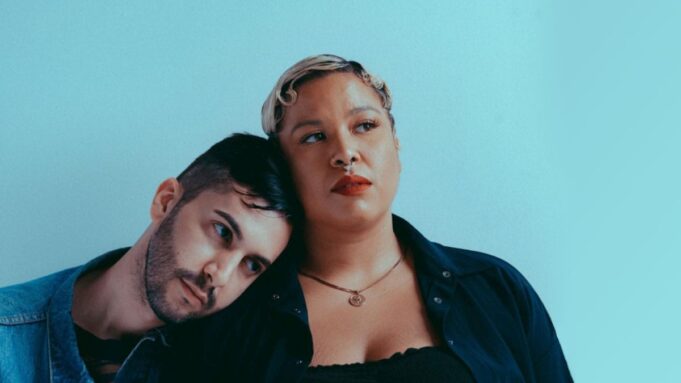 DRAMA released their brilliant debut album Dance Without Me this Friday, February 14 via Ghostly International.

The Chicago-based duo is the multicultural collaboration between producer Na’el Shehade’s chic Chicago house-infused production style, and vocalist Via Rosa whose soulful delivery is inspired by the improvisational nature of jazz and playful patterns of hip-hop and bossa nova. The duo play to the complementary dynamics of their unlikely pairing by blurring the lines between R&B and dance-pop, heartbreak and bliss.

Dance Without Me is a refined collection that recasts romantic tragedy as moonlit self-acceptance, as heard on singles “Years,” “Hold On,” “Gimme Gimme,” and “Nine One One.” It’s a remarkably refined album for a young band, with Rosa’s lyrical candor creating expressionistic narratives about interpersonal intricacies all finessed for the club by Shehade. As a lyricist, Rosa takes her blues and makes them vibrant — rather than wallow alone. There is lush lovelorn affliction blended into the tracks on Dance Without Me.

Since a chance meeting in 2014 lead to the creation of DRAMA, the Chicago-based duo has bootstrapped a subtle rise on their own terms, self-releasing several EPs and mapping multiple tours with Midwestern grit. Rosa & Na’el will kick off their headline North American tour later this month. See dates below and be sure to see them for a taste of their gorgeous new music.