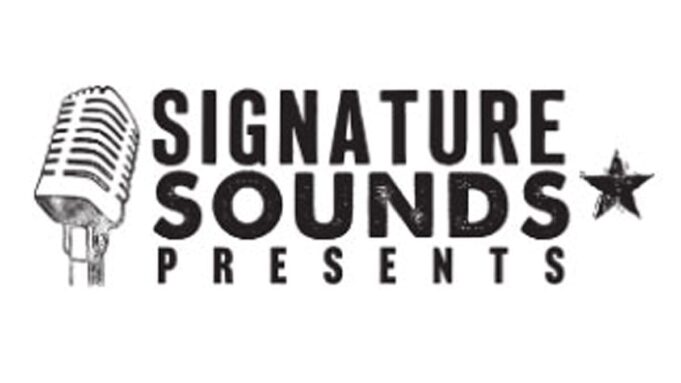 Signature Sounds Presents hosts the Back Porch Festival Roots music showcase which begins on Wednesday, Feb. 26 with a Mardi Gras themed party featuring Marcia Ball’s signature barrel house piano playing style and Sonny Landreth’s searing slide guitar stylings at Holyoke’s Gateway City Arts Cultural Center.  On Feb. 28 the Festival shifts to Northampton’s Academy of Music with a pairing of Americana singer-songwriters in Caitlin Canty and Josh Ritter who bring a mixed bag of folk, blues and country music.  Signature Sounds artists Josh Ritter and Caitlin Canty are from Idaho and Vermont respectively.  His latest recording “Fever Breaks” has generated favorable reviews in diverse music circles.  Caitlin Canty has been daring enough to transplant to Nashville after 2015’s “Restless Skyline” to fine tune and distill the modern Americana sound to clarity.  Her latest effort, “Motel Bouquet” accomplishes her refinement of the vibe with the help of producer Noam Pikelny… between Ritter and Canty, the two have inherited the pulse, heartbeat and soul of the genre.  There is hope in musical friendship!

Saturday, Feb. 29 will feature the bluegrass of Nashville’s Travelin’ McCourys for some hot pickin’ all around.  The double bill pickin’ party includes Boston based all women bluegrass group Della Mae.  This year two acoustic music workshops will be offered on Saturday at The Parlor Room.  Everything is entangled here… folk ballads, Americana, roots and country music.  In short, the entire range of human emotions and experience will find it’s expression.

The extravaganza rounds out on Sunday, March 1 with walkin’, talkin’ encyclopedia of country music star Marty Stuart who encapsulates the entanglements of the sounds.  Marty Stuart and his Fabulous Superlatives will perform music from their excellent 2017 recording “Way Out West” which has built on what they have done for the love of country music in the new century.  In a Mississippi flash, the Marty Party will include straight country honky-tonk, bluegrass, rockabilly and his own 90’s hits.  He is part of the musical heritage… not the whole story but a good part that has influenced many and continues to evolve.  A common thread is the acoustic sounds and harmony singing that has kept many back porches alive in the spirit.  Eventually, people want to hear the good stuff that goes straight to the heart.  We in Western, MA are fortunate enough to have Signature Sounds with it’s widespread outreach from the Parlor Room to the Academy Of Music, Green River Festival in Greenfield, and special Americana shows at Gateway City Arts, Holyoke.

With lead guitarist Kenny Vaughn, Marty Stuart and his Fabulous Superlatives will Rock the country sound to the heavens.  You may even hear a cool cover of Tom Petty’s “Running Down A Dream.”  The group also are able to lead the audience in harmony sing-a-longs in the vein of the American Woody Guthrie folk style.  Catch these Americana troubadours March 1 at Northampton’s Academy of Music as part of Signature Sounds Back Porch Festival.  To coin a song from their latest recording, “Time Don’t Wait.”