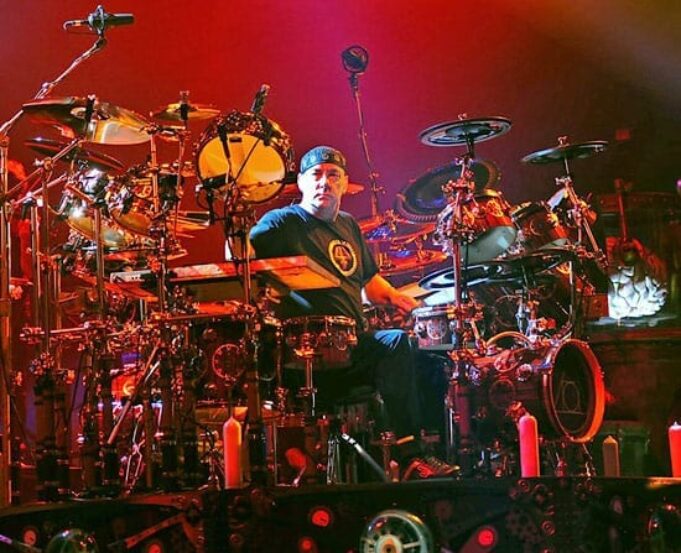 We are so sad to report on the news, the greatest rock drummer of all time has died, Neil Peart.

LOSING IT by Rush off of the Signals album

The dancer slows her frantic pace
In pain and desperation
Her aching limbs and downcast face
Aglow with perspiration
Stiff as wire, her lungs on fire
With just the briefest pause
The flooding through her memory
The echoes of old applause
She limps across the floor
And closes her bedroom door
The writer stares with glassy eyes
Defies the empty page
His beard is white, his face is lined
And streaked with tears of rage
Thirty years ago, how the words would flow
With passion and precision
But now his mind is dark and dulled
By sickness and indecision
And he stares out the kitchen door
Where the sun will rise no more
Some are born to move the world
To live their fantasies
But most of us just dream about
The things we’d like to be
Sadder still to watch it die
Than never to have known it
For you, the blind who once could see
The bell tolls for thee, bell tolls for
For you, the blind who once could see
Bell tolls for thee, bell tolls for thee
Source: LyricFind
Songwriters: Neil Elwood Peart / Gary Lee Weinrib / Alex Zivojinovich
Losing It lyrics © Ole Media Management Lp

You can easily argue for ten different people in the greatest guitar player argument from Clapton to Hendrix to Van Halen to Satriani, Vai, or whomever. But eighty percent of all rock fans will answer one way when it comes to Who is the Greatest Rock Drummer of All time? The answer is either Neil Peart, or you are wrong.

Neil Peart died January 7, 2020 after a battle with brain cancer that went largely unreported. He had been moved to hospice care in late 2019 and sadly he has passed. Peart had a tragic personal life with the loss of his daughter in a car accident in the 1990s, and then less than a year later his wife passed away from cancer.

To cap off an incredible career in music, Rush had a triumphant final tour. Their finale was in large part due to the biological reality that Peart could no longer maintain the rigorous requirements of his instrument and the difficulties of life on the road. Shortly after their final show, he must have been diagnosed with this tragic illness.

Rush is one of those bands, not everyone loves them. But most everyone agrees on their incredible mastery of their instruments. And of the three of them, no one disagrees in Peart’s incredible skill. Their career spanned over forty years, they sold millions of records and played thousands of shows.

Nearly every single band that came after them who had at all liked them sounded like Rush. You can feel their effect on everything from metal to prog rock.

In the same way, Led Zeppelin was that band. Every rock band that heard the first notes of that first album were beyond argument changed. Rush was one of those bands. Their first album, the self titled Rush was clearly an homage to Zeppelin by these young kids forming a band in Canada.

From there, they gained popularity but it was not until Peart joined the band as both drummer and lyricist that they truly formed the band for whom there is no equivalent. His lyrics gave their music heft, thoughtfulness, drawing from mythology, folklore, science fiction and political thought.

His drumming was without equal. Speed, deftness, creativity, all were encompassed in his gargantuan drum set. His stoic look and rock solid demeanor was enough to scare away any interviewer. The joy he brought to an entire generation of rock fans though can not be under estimated.

Tears are being shed in our office right now.

I personally saw I think every Rush tour from April 1 1983 on the Signals tour up until their final tour a few years ago. My first show I was not quite 13 and my best friend in the world got us tickets. Thirty years later for my son’s thirteenth I got him tickets to his third Rush show (I started him earlier!) and my same best friend from 1983 came and brought his 13 year old daughter. This is the power of Rush, a band with no equal.

Who has not spent countless hours trying to air drum to the Tom Sawyer drum solo? No other band was so able to effect the world so widely yet be also considered a band that only a few people like. How can tens of millions of people be so separate from the crowd? It is because of the words, the beats, the melodies, the unique combination of skills and heart that were Lee, Lifeson and Peart.