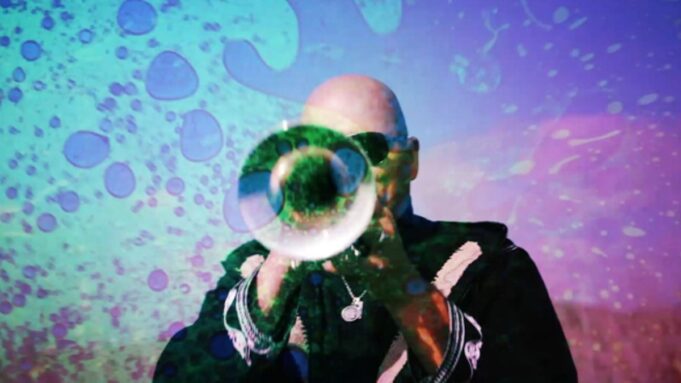 Absurd in the Anthropocene Released

Dan Rosenboom embraces the chaos in his upcoming release, “Absurd in the Anthropocene” which will out this Friday, January 31, 2020 via Gearbox Records.

The internationally recognized trumpet player and composer-producer-entrepreneur is in line with his abstract musicianship and virtuous experimentalism and the album’s inspirations run the gamut from Miles Davis and Ornette Coleman to Frank Zappa, Soundgarden, and Squarepusher, and its title refers to the complicated and often surreal times in which we live.

Dan says, “‘Lemonade’ was written the morning of the final recording session, sketched out in pencil quickly, xeroxed at the studio, and untitled when we recorded it. The idea was to do a heavy, Soundgarden-esque jam, and then feature guitarist Tim Conley in an almost psychedelic Buddy Guy-ish solo. The title came from when we performed it at an acoustic jazz gig the following evening – there were some technical issues at the venue and an elderly photographer kept offering moral support to the venue booker in the phrase ‘let’s make lemonade’ (i.e. make the best of a bad situation). I liked that as a title, and I think it’s a good hope for our global society, when looking at the mess we’re in.”

“This album is about responding to our modern world in a way that is reflectively critical yet frenetically joyous,” Rosenboom says. “Maelstrom and cognitive dissonance are everywhere, online and on the news. People cherry-pick what they want to believe and discount factual data. Inequity is rampant. In the face of such overwhelming chaos, turning toward our inner humanity is a powerful move. I want to take all that emotional fuel, and turn it into something creative, spontaneous, and beautiful.”

Drop us a line at [email protected] to share your live music news or live show review.