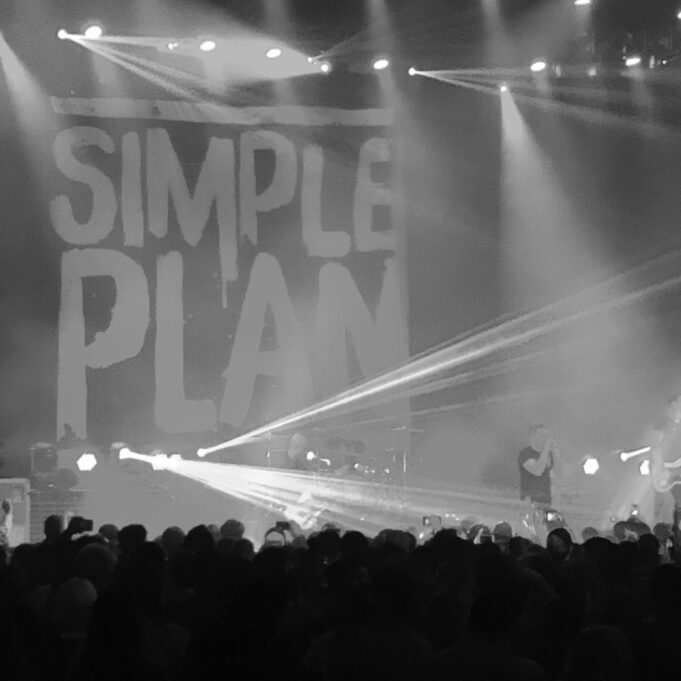 Simple Plan, the French-Canadian emo band, has been described as having a “punk-based pop sound poised hallway between Cheap Trick and Green Day.” They are also one of Canada’s most successful punk-pop acts and a multi-platinum selling band.

Simple Plan is comprised of former high school friends Pierre Bouvier (vocals), Jeff Stinco (guitar), David Desrosiers (bass), Sebastian Lefebvre (guitar), and Chuck Comeau (drums). On their current headlining tour, Simple Plan have teamed up with State Champs and We The Kings and collaborated on a song which happens to be the name of the tour, “Where I Belong.”

It is also the first song they have released in over three years and few weeks ahead of the initial tour date.

Since 2011, $1 of every ticket sold for a Simple Plan headline concert is donated to the Simple Plan Foundation, which has donated over $2 million to various charitable causes in Canada to help young people in need. The band continues their philanthropic initiatives on this tour, with the joint decision between Simple Plan and State Champs that all money raised will be donated to help children affected by the ICE immigration raids in the U.S.

Check out the review of We the Kings who were also on this bill here.

Check out the review of State Champions who were also on this bill here.

Despite the serious nature of their socially-conscious objectives they aim to achieve as a collective whole with the supporting bands, all the bands were ultimately about having a good time and rocking the audience out with their exuberant and vibrant music with spiky yet catchy edge at recent tour stop at the Hollywood Palladium on November 22.

The same could be said for the headliner Simple Plan that played with untamed wild energy full of abandon. Impressive production values including lights, strobes and smoke machines gave it a big theatrical and dramatic feel.

Constant fan interaction was also important and vital part of the show. Crowd surfing was a regular occurrence. The passionate and very determined concertgoers tried mightily to cross over the barricade to get closer to the band, too. Their songs about angst, loneliness, and life resonates strongly with fan base worldwide.

This powerful show was testament to that as well. Many of whom have grown up over the years as the band has aged along with them. But still the music brings out the inner teenager in their fans as they relive the nostalgia of the past and memories of that time and how much they loved them.

I’d Do Anything
Jump
Welcome To My Life
Boom!
You Suck At Love
What’s New Scooby Doo
Addicted
Cant Keep My Hands Off You
Your Love Is A Lie
Summer Paradise
Thank You
Crazy

From the video channel of RoqnPix

Drop us a line at [email protected] to submit a show review, or your live music news story, feature, or event preview.