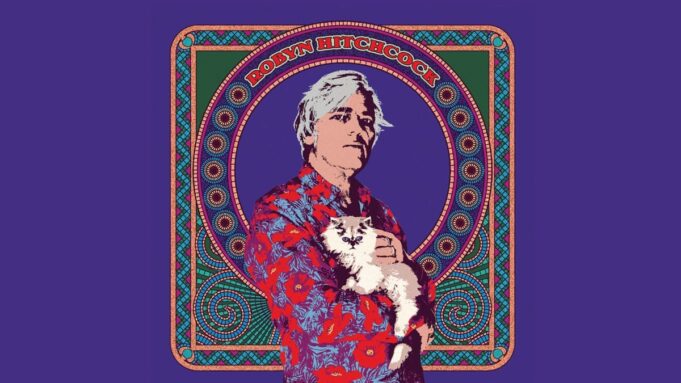 The double A-sided single is joined by an additional new track, “Take Off Your Bandages,” described by its creator as “a psychedelic manifesto for the current era, inspired by the activism of the students at Stoneman Douglas High School.” All 7-inch orders will be joined by an official download link, as well as alternative versions of “Sunday Never Comes (Acoustic)” and “Take Off Your Bandages (Extended).”

First released last year in its initial demo form, “Sunday Never Comes” is performed in Juliet, Naked by its star, Ethan Hawke, of which Hitchcock notes, “Occasionally I hear people singing my songs into the public ear: Suzanne Vega and The Grateful Dead covering ‘Chinese Bones’ was epic, as was REM’s take on ‘Arms Of Love.’ In Juliet, Naked, Ethan Hawke performs several versions of ‘Sunday Never Comes’ and he caught the feel just right. The movie is largely set in a quaint, dismal English seaside town, where the American protagonist finds himself wedged in the dissolving relationship between an obsessive fan and that fan’s unobssessive wife. As a veteran of dismal English seaside towns (Morrissey – down boy!) who now lives in Nashville, I can relate to this scenario in reverse. It’s a touching and perceptive story for all us music casualties, an odd hybrid of Brit and US culture – united as we both are by Rock Culture above all.

“As Ethan Hawke sings the song in the film, I thought I should make my own version available. The video was shot in Sydney, directed by Jeremy Dylan (who filmed my last two promotional clips) and features me as an artist marooned in an abandoned apartment, wistfully peering at footage of my partner, Emma, as she vamps soulfully through Berlin. Were we ever together? At one point I start drawing her. The theme is distance, separation, and a resolution that never comes to pass….”

Meanwhile, Hitchcock will continue his seemingly eternal live schedule with a wide-ranging array of upcoming dates. U.S. dates begin November 7 at The Wild Detectives in Dallas, TX and then continue though a much-anticipated return to Los Angeles, CA’s Largo at the Coronet, set for December 13. Additional highlights include an already sold out performance at Austin, TX’s Cactus Café (November 8) as well as a very special double bill supported by Tanya Donelly at Brooklyn, NY’s Murmrr Theatre (November 21).

Drop us a line at [email protected] to let us know your live music news story or a review!