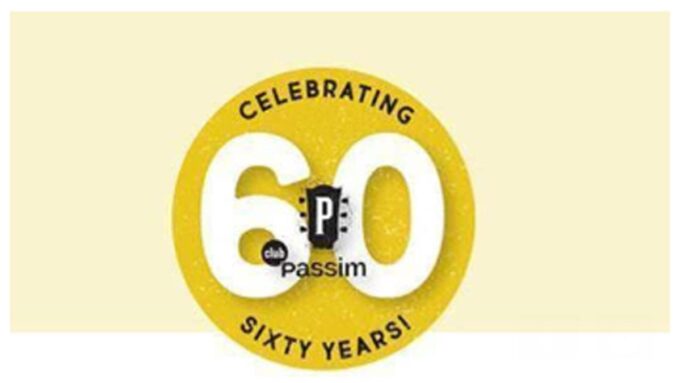 As the lead singer of the J. Geils Band, Wolf was instrumental in their success, as they released 13 influential albums, topped the pop single charts with 1981’s “Freeze Frame,” “Love Stinks,”  “Centerfold,” and earned a reputation as one of rock’s most exciting live acts, thanks in large part to Wolf’s flamboyant, hyperactive stage presence. Since going solo in 1984,  Wolf has continued to stake out new musical territory with hits such as  Lights Out, Come As You Are, and Up to No Good, among others, as well as collaborations with some of the most storied names in music, including Aretha Franklin, Merle Haggard, Mick Jagger and others.

“Peter Wolf is a Boston icon who helped to draw attention to a thriving music scene in the area in the late ‘70s and early ‘80s and continues to be relevant today,” said Jim Wooster, Executive Director of Passim. “We are thrilled to have him join us in this celebration, recognizing not only Club Passim, but the legacy of musicians from Boston who have had an impact on this business.”

Originally known as Club 47, Passim was a destination for many of the musicians who would go on to become stars in the world of folk music, individuals like Joan Baez, Jim Kweskin, Bob Dylan and many others. As a founding member of Club 47, Betsy Siggins helped to launch the folk revival. She returned to Club Passim in 1997, serving as executive director for 12 years and created programs such as Culture for Kids, an after-school program for underserved Cambridge students, the Passim School of Music, and Passim Archives. Betsy continues her lifelong advocacy for folk music as the founder of Folk New England housed at the University of  Massachusetts- Amherst

“Without Betsy, Passim as we know it would not exist today,” continued Wooster.  “Her hard work has not only allowed Club Passim to thrive, but by seeing the possibility of the Passim School of Music, she has continued to inspire and educate New England musicians. We are thrilled to have her friend, Joan Baez, join us in celebrating her work.”

Passim’s 60th Anniversary Concert is generously supported by Folk Americana Roots Hall of Fame, an initiative of the Boch Center.

Passim’s 60th Anniversary Concert will be at the Boch Center Shubert Theatre on Thursday, November 14, 2019. Tickets for the show are $35 and up, and are on sale now at www.passim.org/celebrate, at the Boch Center Box Office or by calling 866.348.9738

About Passim
The mission of Passim is to provide truly exceptional and interactive live musical experiences for both performers and audiences, to nurture artists at all stages of their career, and to build a vibrant music community. Passim does so through their legendary listening venue, music school, artist grants and outreach programs. As a nonprofit since 1994, Passim carries on the heritage of our predecessors-the historic Club 47 (1958-1968) and for-profit Passim (1969-1994). We cultivate a diverse mix of musical traditions, where the emphasis is on the relationship between performers and audience and teachers and students. Located in Harvard Square, Passim serves Cambridge and the broader region by featuring local, national and international artists. Our ultimate goal is to help the performance arts flourish and thereby enrich the lives of members of our community. For a complete schedule, visit www.passim.org.