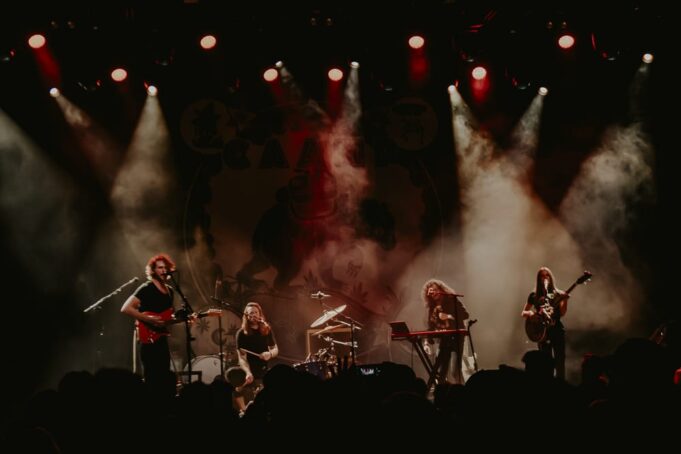 The Ballroom Thieves open for CAAMP on By & By Tour at the Fillmore in San Francisco, CA October 21 2019 by Justine Willard

The Ballroom Thieves opened up for CAAMP on their By & By Tour at the Fillmore in San Francisco on Monday, October 21st.

Check out the full gallery of photos by Justine Willard of this show here.

For a Monday night show, the turnout was still high as it was packed. Each member of the band has sweet, smooth vocals and was able to show them off throughout the night. Member Devin Mauch (percussion) introduced the other
two members of the band Calin Peters (vocals, cello) and Martin Earley (guitar, vocals), with an array of compliments.

During their third song, Martin sat on the edge of the stage as he serenaded the crowd with his guitar and vocals. In an unexpected turn, Ballroom Thieves surprised the crowd by sharing an unreleased new song, “Love is Easy.”

The mood grew a bit political when Martin took a moment to share that the group supports human rights and how dialogues about the topic are critical. He then emphasized that if anyone disagrees with his perspective, he would gladly talk to them after the show. Ballroom Thieves then performed “Do Something,” which is about holding people in public office responsible.

The last song at the end of their hour-long set was “Anybody Else,” which they released back in 2016. After the song, they told everyone that they will be back in San Francisco soon and took a bow as the crowd clapped, appreciating their performance.

Check out the full gallery of photos by Justine Willard of this show here.