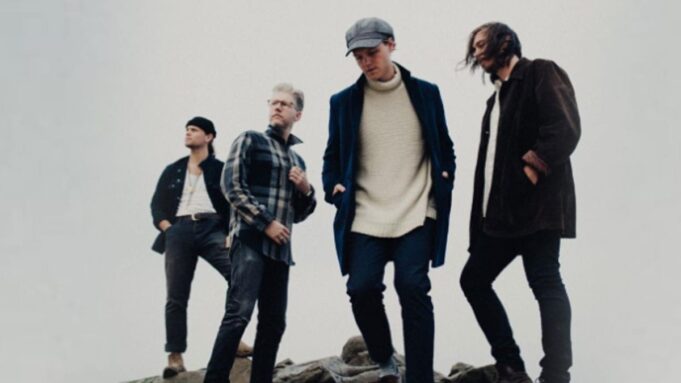 The band premiered their stripped down ImpromTUNE video for “Looking For Some Light” from the beaches in Big Sur, California. Hollywood Life said the video “is a stunning comparison of the natural beauty of the world to the desire for beauty in every soul, as the song reminds us how ‘everybody’s looking for some light.'”

Colony House gave fans a first taste of new music with the track “Looking For Some Light,” which served as a north star for their upcoming album. Caleb Chapman of Colony House said, “As soon as the chorus materialized, we knew that we wanted this ‘common thread truth’ to be woven throughout the project. These times we live in can feel so dark and divisive. It gives us some sort of comfort and hope to consider/remember that we are all in this together. Everybody is looking for some light!”

The band will be celebrating their upcoming album with a SOLD OUT album release party presented by Lightning 100. Selling out in under 1 minute, the band will be taking over Cannery Row on January 25th for a unique multi show where Colony House will play all of their released albums in one night from start to finish.

Colony House first captured attention in 2014 with their lead single “Silhouettes” off their debut album When I Was Younger, which became the #1 played track on SiriusXM’s Alt Nation for four months straight.  The band followed the debut album with their second album Only The Lonely, which featured singles “You Know It” and “You & I.”Entertainment Weekly included the album on their “Must List” and describes the album “…fuses swampy blues, scuzzy garage rock, and infectious indie pop…its massive jams will sound great booming from a festival stage.” The band has performed on Late Night with Seth Meyers, CONAN, TODAY show, and more.

Stay tuned for more exciting news and music from Colony House in the coming weeks!

Hit us at [email protected] to submit your story ideas or reviews.