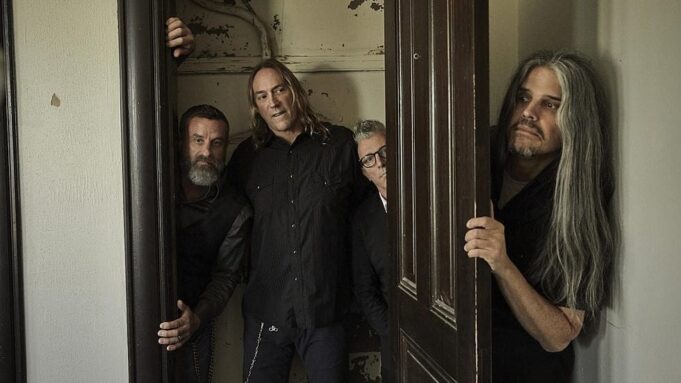 The long-anticipated release of prog-metal band Tool’s sixth album, Fear Inoculum, was compounded by the announcement that the group would embark on a national tour in support of it. Tool, who consists of Maynard James Keenan, Justin Chancellor, Danny Carey, and Adam Jones, will begin the tour in mid-October and conclude in Washington, DC at the end of November. Their opening act will be Killing Joke, an English band who got its start in 1978 and whose sound influenced Nine Inch Nails, Soundgarden, and Nirvana.

It’s been a big summer for Tool fans, with the famously anti-streaming group finally releasing its catalog on Apple Music, Spotify, and other streaming services earlier this month. Fear Inocolum is Tool’s first album in 13 years, a record whose release has been delayed by lawsuits and perfectionism amongst the band members.

Bassist Justin Chancellor, who eventually helped set a deadline for the album’s release, discussed some of the frustration in house with the group, trying to get things the best they could be. “Sometimes I thought we were nearly there. We’d written an album or we had some songs that were cool, and then we’d dump the whole lot and start again. It was devastating,” he revealed.

Tickets go on sale Sept. 6th, 2019 at 10 AM local time. A limited number of tickets will be available to Tool Army members on Sept. 4th via Toolband.com.

This album review was just submitted by Sam Simon:

At long last, after a thirteen year hiatus from music release, prog powerhouse Tool has released their newest album, Fear Inoculum. After much speculation earlier this year due to leaks and cryptic messages from the bands members, the bands lead singer Maynard James Keenan announced that they would indeed be releasing a new album at the end of August. On August the seventh, the title track, Fear Inoculum, was released, making it the first music that the band had recorded for the public since its album 10,000 Days in 2006. During these thirteen years, touring, creative differences, personal lives, and the band’s perfectionist nature repeatedly stalled the materials eventual release to near-rabid fans.

The lack of new music was a source of constant frustration for the band’s most devout fans, a frustration which was turned into countless memes and many angry writings in the comment sections of live youtube videos. When asked about the behaviour of fans of the band, drummer Danny Carey told Metal Hammer that Maynard had received death threats from fans regarding the long wait. I’m never one to get so amped up about such things, as I know that the writing and recording process of any album must run its course. In true Prog style, Tool took their time to make the album just the way that they wanted it, allegedly recording an entire albums worth of material before scrapping the whole thing. So when the new album was announced and the title track was released, I was nothing but overjoyed for some new material.

Sitting in my living room listening to the song Fear Inoculum for the first time, I wasn’t immediately hit by any astounding sense of masterpiece. Over the course of a week and dozens of more spins, however, I began to notice what makes Tool such an enjoyable band for me. Through the complexity of their writing and execution, they create not just a song to listen to, but a world to be immersed in. Dynamic volume and movement of instruments throughout the course of the song makes for a truly immersive experience. The more that I listen to it, the more things that I notice and enjoy about the song as the subtleties reveal themselves.

Listening now to the rest of the album, I am struck by the same feelings that I was then as I learned to love the title track. Danny Carey’s incredibly unique drumming style drives the movements of each song, as well as accentuating every riff of Adam Jones and Justin Chancellor. The band masterfully executes long and slow builds to powerful choruses and penetrating riffs. As I listen, I repeatedly notice riffs and drum beats calling back to earlier material, with drum fills calling back to Jambi from 10,000 Days, and several licks in the song Descending reminiscent of Schism and Lateralus. I look forward to listening to and learning to love this album with great anticipation.

Apple Music and Spotify links to the new album can be found here: