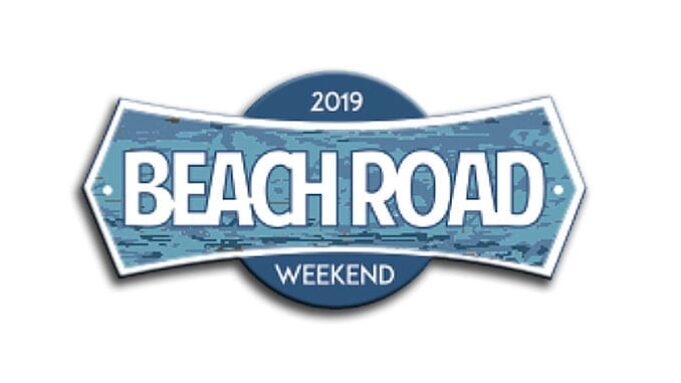 Some Photos by  Bryan Lasky and Jeremy Driesen

The Inaugural Beach Road Weekend is now in the books. The three-day festival brought thousands of music lovers to Veteran’s Memorial Park in Vineyard Haven. It was a weekend of food, fun, and some incredible music.

A music festival on Martha’s Vineyard presents many unique qualities. A ferry ride, the quaint and bustling tourist location, cobblestone streets, and the other attractions that the island has to offer. I remember from visiting as a teen ager decades ago bridge jumping was a huge highlight of a visit to the Island for me.

The festival kicked off Friday night with a JAWS live in concert on the Island where the movie was filmed. Wendy Wesson, the widow of JAWS author Peter Benchley, introduced the film.

Wendy, like many in the audience, was on the island for the filming of the movie and retold stories of Steven Spielberg’s struggles with his mechanical sharks and it felt like to finally see their story on the big screen. Then the Cape Symphony took over and masterfully performed John Williams score in sync with the movie. Fans in the audience also got a special treat when inflatable sharks and balloons were tossed into the seats during intermission.

Saturday, the music began early with a full day of shows on the main stage and the MV stage dedicated to local artists. Thousands slowly filled the park packed with a dozen food venders, merchandise tents and two giant canopies to give everyone some shade.

Alejandro Escovedo, North Mississippi Allstars and Mason Jennings shined, but the crowd really got going for Dispatch. Finally, John Fogerty proved why he is a rock legend as he performed hits from his 50 year career and shared a story about what it was like following The Grateful Dead at the original Woodstock. Fogerty even brought out a guitar that he played at the legendary festival.

The excitement from Saturday night carried over into Sunday. The Original Wailers were up first on the main stage. By midday thousands were already in attendance to hear Karl Denson’s Tiny Universe, Matisyahu and Galactic. Nearly every reserved seat in the house was sold out by the time Vineyard favorite Grace Potter took the stage. Grace put on a special show for the Vineyard debuting her new song “On My Way” that she has never played live before.

Then it was time for the big event. Phil Lesh and Friends had the crowd dancing from the start. Grammy winner Eric Krasno, Cris Jacobs, former frontman for the acclaimed jam band The Bridge, singer songwriter Nicki Bluhm, multi-instrumentalist singer/songwriter Jason Crosby, and percussionist John Molo joined Phil for the set. The weekend has come to a close and now festival organizers are hoping to be back again next year.

We caught up with Phil DaRosa who performed there with his band on a stage that was programmed to showcase music from the Islands. Those sets were coordinated so as to be between acts on the other stage so that nobody had to choose between their favorite local and the national touring artists. DaRosa loved the event, “There’s SO much talent right here on MV that needs to be showcased… I think that point was made by all who performed. It takes a LOT of work and risk to put on an event like this… The people who made it happen should get some major kudos… Good times.. Had!”

Festival promoter Adam Epstein says, “We are thankful that we had he opportunity to put on this festival and we are proud that we were able to deliver what we had promised: a safe, fun and exciting experience for everyone who came.”