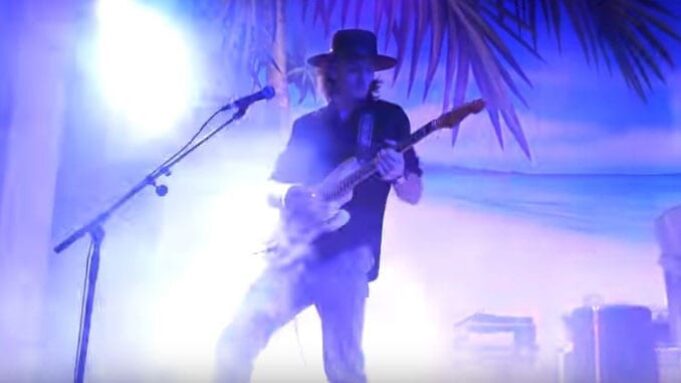 “Dynamism, precision, and outright fury. It’s like a three-pronged sonic offensive – the guitar pierces, the bass rattles, and the drums batter. For fans of the heavier end of blues-rock, it’s a beating your eardrums will gladly take. This is only the beginning for this remarkable trio, ” raves Rock and Blues Muse, who also named Shaw Davis & the Black Ties one of their “50 Modern Blues Rock Soul Artists You Must Hear in 2019.”

Guitarist-vocalist Shaw Davis, backed by bassist Patrick Stevenson and drummer Bobby Van Stone, feature their own brand of Psychedelic Blues and Roots Rock that continues to win over fans and crowds across the nation. As a national touring trio, the band has played over three-hundred shows, headlining festivals and opening tours, resulting in them building a loyal following throughout the U.S. Influenced by the sounds of heavy, vintage blues-rock, Davis and band have shared the stage with such high-end music artists as Samantha Fish, Chris Duarte, Mike Zito, Albert Castiglia, GE Smith and Anthony Gomes, to name but a few.

Hailing from Pompano Beach, Florida, Shaw Davis And The Black Ties formed in 2016. They participated in the South Florida Blues Challenge in 2017, winning their Road to Memphis and representing South Florida in the 2018 International Blues Challenge competition in Memphis. In January 2018 they independently released Alive From Legacy, a three-track record intended to capture the energy of the band’s live shows. October 2018 saw the release of their sophomore album, Tales From The West, with impressive reviews and airplay while debuting at #20 on the Roots Music Report Blues Rock chart.