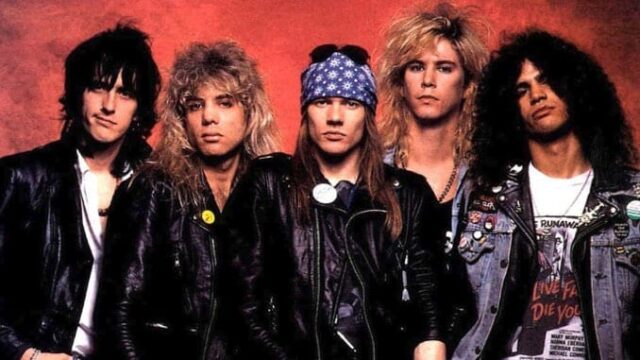 They might not be doing many live shows later this year, but Guns N’ Roses have at least added another autumn festival appearance to their schedule, with the announcement that the band is set to headline the Voodoo Music and Arts Experience in New Orleans.

Held over the Halloween weekend of October 25-27 at the City Park venue, the lineup of acts appearing at the festival is as impressive as always. Post Malone, Beck, Bassnectar, Brandi Carlile and The National are among the headliners, but there’s no doubt that Guns N’ Roses take the top billing and will attract the most attention.

The iconic rock band are famed for their thrilling live performances and the enthusiasm of their audiences, especially when serving up some of their greatest hits from the 80s and 90s. However, limited appearances this year are due to the band focusing on writing new music, according to loudwire.com, which means that in the years to come there’ll be plenty more additions to their set list at future shows.

There’s nothing quite like the live show experience and events headlined by Guns N’ Roses are so popular. that they’ve crossed entertainment industry boundaries to inspire music- themed slot machines. The latest Guns N’Roses video slot features a set list with favourite hits such as Welcome to the Jungle and November Rain backing the spinning reels, which overlay a stage setting and an enthusiastic animated audience.

Clearly a homage to their live concerts, the Guns N’ Roses video slots game opens with an intro featuring the band’s iconic logo and live concert footage, with the crowd going wild as Sweet Child O’ Mine begins to play. Once the game begins and the reels start spinning, the hits continue and encourage players to turn up the volume. Every time winning symbols appear with band members or album covers, the crowd cheers and shows hand horns in appreciation.

Given that Guns N’ Roses are focusing on writing new music, there’s the strong possibility that at long last, we will soon see the band release their first studio album since Chinese Democracy, which came out in 2008. Not only that, since original band members Slash and Duff McKagan have been reunited with ever-present Axl Rose since 2016, it would also be the first album featuring the trio since “The Spaghetti Incident?” released in 1993. With the trio working hard on writing new hits to match the old favourites which made them so popular and spending more time in the studio, Guns N’ Roses have only scheduled seven appearances at festivals during the autumn of 2019. The first of those is the Louder Than Life Festival on 28th September in Louisville, Kentucky. Fans of the band will be treated to two appearances at the Austin City Limits Music Festival in Texas, with the first live set on 4th October followed by a second the following week on the 11th of October.

After heading north to Manchester in New Hampshire for the Exit 111 Festival on 13th October, the band will travel south of the US border to play two dates in Mexico. First at Estadio Jalisco in Guadalajara on 18th October, followed by headlining the Fronterizo Fest at Estadio Caliente in Tijuana on 20th October. Without any plans for further live shows, the Voodoo Music Festival on October 25th in New Orleans looks set to be the last appearance of 2019 of note.