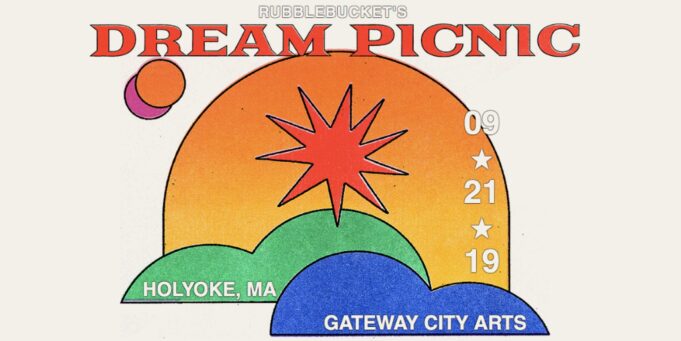 The Brooklyn-based jam-funk outfit once again hosts its festival in Holyoke, MA for its third outing, featuring nationally-known and regional bands such as STRFKR, Guerilla Toss, And the Kids, Home Body, Sodada, Carinae, Sun Parade, and more on two stages named “OUTERSPACE” and “INNERSPACE.”

Mark your calendars, Western Mass, because on September 21st Rubblebucket’s 3rd Annual Dream Picnic once again pops up at Gateway City Arts in Holyoke. Featuring an absolutely stacked lineup of nationally-renowned acts and local favorites, plus a whole slew of non-musical related activities, the Dream Picnic converges in and around GCA and its home on Race Street in the Flats/Downtown neighborhood of Holyoke on September 21st, 2019. Tickets are $39.50 in advance and can be purchased at this link. RSVP to the Facebook event here for all the updates and hype for this sure-to-be legendary day.

The Dream Picnic, like last year at GCA, will host art vendors, a pop-up thrift shop to benefit LightHouse Holyoke, food trucks, a beer garden, and two stages (indoors and out: OUTERSPACE AND INNERSPACE) plus the BE HERE NOW VILLAGE, featuring a Sound Bath during the day and Thursday Experiment in the evening, featuring 7 different experimental artists performing sets, followed by a collaborative sit-in.

If last year is any indication of how September 21st will go, ticket holders are in for a treat. The vibe was decidedly hipster, yet approachable. I had a great time people-watching. Folks strolled around, eating kettle corn as they donned their new togs from the pop-up thrift store booth. Some broke out in a wide circle of hacky-sack. Many wore custom-made flower crowns throughout the day, including Kal from Rubblebucket.

As night fell on Race Street, a crowd formed in front of the stage and Rubblebucket closed down Holyoke’s newest tradition with bubbles, bombast, and a whole lot of bellowing from us in the audience, especially when the band jumped into the street for an impromptu parade. It was the perfect end to a simply lovely day- especially when my crew and I got a massive helping of fried Brussels sprouts from the Holyoke Hummus Co. food truck to go for the ride home.

Thrifted goods! Three stages! A totally stacked lineup! What are you waiting for? Get those tickets now! 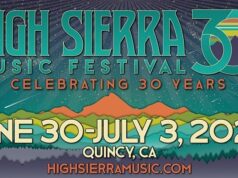