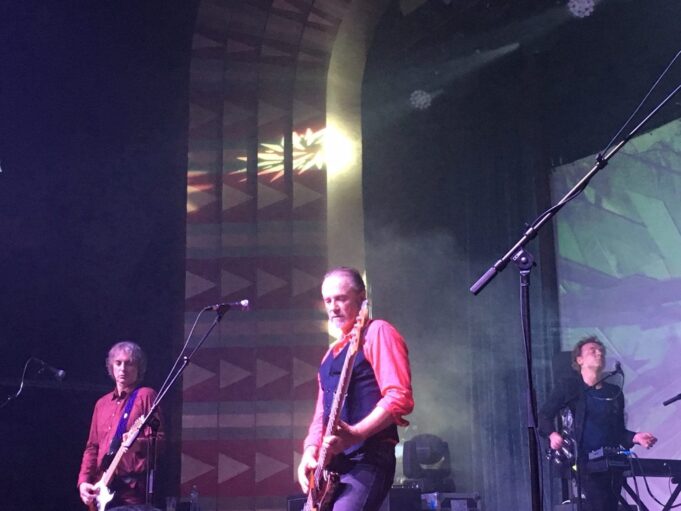 The Church currently on tour celebrating 30th Anniversary of their album, Starfish. Performing live at The Regent in Los Angeles CA on May 03 2019

Australia’s, The Church, are known as one of the most accomplished and enduring acts of the post-punk period. Their eclectic and unique sound combines pop, art rock, progressive rock, dream pop, and psychedelia. The music of The Church has a surreal, ethereal, and otherworldly feel. The songs offer up opaque wordplay that is, in part, influenced by lyrical content born of experimentation with mood altering and mind expanding drugs. They are shimmeringly rich in texture, melody, and melancholy.

Check out Harriet’s full gallery of photos from this show here.

The Church are currently on tour celebrating the 30th Anniversary of their seminal and influential album, Starfish. They played the LP in its entirety at a recent show at The Regent DTLA in Los Angeles. They also performed material from the band’s vast catalog and expansive career that stretches back 38 years. The majestic “Under The Milky Way,” the pensive ballad with a new wave fierceness, “Reptile” and the more hook-driven “Metropolis” were among songs played as part of this generous, two-hour long, 20-song set list. Many excited fans were in the audience to capture this special event with their beloved and treasured band. The devotees cheered enthusiastically when their favorite songs were played.

Lead singer/songwriter/guitarist/founder Steve Kilby was in fine form and voice. With his acerbic wit intact, the engaging frontman told a lot of offbeat stories and strange reminiscences from the stage between numbers.

Joined by original band member guitarist, Peter Koppes, newer additions to the lineup include Tim Powles and Ian Haug, The Church are seasoned, journeymen musicians, expert in their craft. The sparse jamming and infrequent guitar solos seemed to be carefully placed in the set as to not overwhelm the potency and impact of the music. This deliberate pacing created a specific intensity and fervor that served the songs best. The sporadic bursts of passionate instrumental interplay propelled the material to even greater heights of grandeur.

The Church remain a vital and relevant musical force. The turnout to this exceptional show by their multi-generational fan base has not diminished the loyalty to the band even with the decades-long passage of time.

Check out Harriet’s full gallery of photos from this show here.