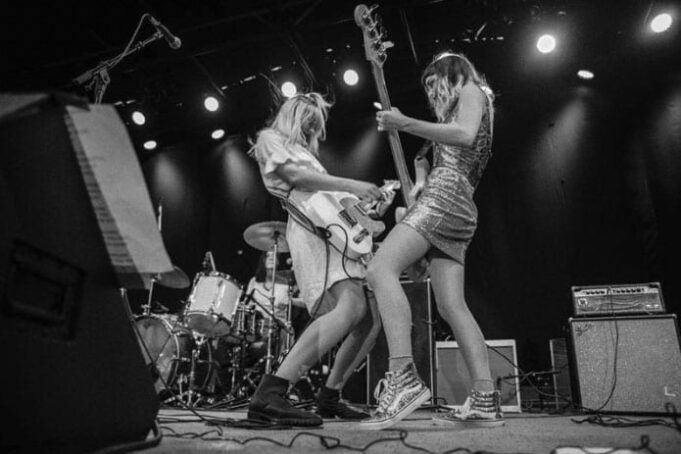 Punk rock trio Potty Mouth will embark on a North American summer tour beginning this June, with dates supporting Dressy Bessy, Colleen Green and Justus Proffit as well as their own headline shows! Full tour routing, which includes dates in New York, Los Angeles, Chicago and more, can be found below.

The tour is in support of their sophomore LP, SNAFU, out now on Get Better Records. Additionally, the band just released a cheeky and colorful lyric video for “Plastic Paradise” by Will Duncan.

“We’re so excited to finally bring the songs from our new record SNAFU on the road and play them live for people!” frontwoman Abby Weems shared. “This tour is going to be especially fun because we already love Dressy Bessy and Colleen Green. Plus, Colleen is going to be riding with us in our van! Look out for the party bus coming through your town this summer!!”

Check out the new single, I Wanna.

The critically lauded album was inspired by the band not comprising to the traditional standards of the music industry, and Potty Mouthhas toured relentlessly in recent years supporting acts such as Against Me!, The Go-Gos, CHVRCHES and Skating Polly.

Tickets are on sale now and can be purchased HERE.