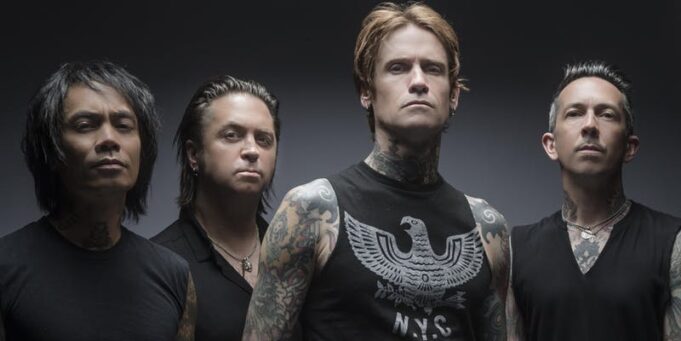 Hard rock band Buckcherry’s Warpaint Tour 2019 is criss-crossing the U.S., promoting their new album Warpaint. For your chance to win a pair of tickets to their show at the Vault at Greasy Luck in New Bedford, MA, read to the end of the article!

Buckcherry is back in action with a new album and cross-continent tour. The trek, which also features rising rockers Joyous Wolf, began on March 6th in Sacramento, Calif. and will finish up two months after on May 5th, circling the U.S. and parts of Canada before returning to California to close it out in Montclair.

Buckcherry formed in Anaheim, California in 1995. The band released two albums, a self-titled debut in 1999 and their sophomore effort Time Bomb in 2001. The band then dissolved in 2002. In 2005, lead vocalist Josh Todd and lead guitarist Keith Nelson reformed Buckcherry with a new lineup and released a new album in 2006, 15. It contained Buckcherry’s biggest crossover hits to date, “Crazy Bitch,” and their first Billboard Hot 100 Top 10 hit, “Sorry.” They released their seventh album Warpaint in early March of this year. To promote Warpaint they have released two singles so far, an original called “Bent” and a cover of Nine Inch Nails’ “Head Like a Hole.”

Watch a recent performance of “Head Like a Hole” performed this weekend:

To win a pair of tickets to see Buckcherry next Tuesday in New Bedford, simply follow these steps:

2. Leave a comment on the discussion! Tag a friend who you wanna rock out with,

3. And tell us your favorite Buckcherry song!

The winner will be chosen at random on Monday 4/25!