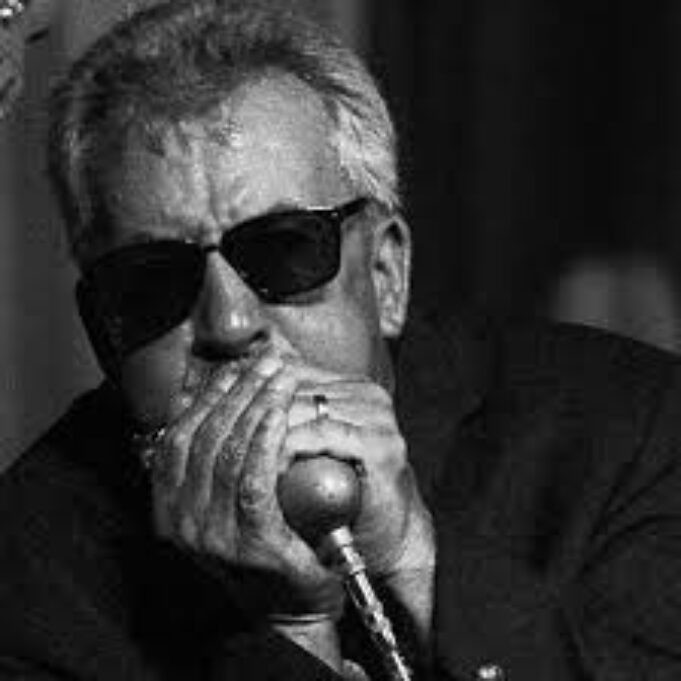 Wally “Sweet Daddy Cool Breeze” Greaney is a fairly important figure out there in the real music world.  A humble scribe hasn’t much idea who and what the readership here-abouts might be, but we owe it to the musically-inclined mind to share about this feller.  He stays mostly close to home these days, having made the choice in honor of his family and a pretty great entertainment-related position- just as the economy was tanking.

But Sweet Daddy Cool Breeze is of a level far beyond the local.  He’ll still step on out when any of his globe-trotting comperes, like say, Jaimoe, the precursor of all things Allman, comes within a hundred miles or so; and he has spent some productive hours in the recording studio with the likes of Matt “Guitar” Murphy and John Kay (Steppenwolf)… and he’s been out on tour with some o’ them heavy-hitters, all around Europe and such any number of times over the last two-and-a-half decades.  “Twenty Five years,” he says, “that’s crazy… first tour was in ’93- wow!”  This is the voice of a man who knows his good fortune and doesn’t take such things for granted.

As it happens, Uncle Wally just got back from one such tour, all in good time for his CD Release show at Theodore’s- which turns out to be a mighty hot night, a great one to see him with the band.   Having applied the five-finger discount to a copy of the new SDCB release, Twenty-Eight Years With the Blues (at the artist’s behest, of course), I came armed to the party.  I’d had a number of listens in the week or two leading up to this event.  It took no effort nor caused any discomfort whatsoever to keep this disc in the player for repeated spins.

The living referece to old-school Blues is truly apparent all through this record, and the record is nicely produced; clear and clean every exciting moment.  Each instrument comes through perfectly articulated and balanced in the mix, with the guitar somewhat more prominent than in the live experiece, which comes as a bit of a refreshing and revealing treat to these ears.

Less pronounced upon first listen is that these tracks came from a live performance.  This wasn’t immediately apparent, at least not til the very last track, where the Blues Maestro recalls his late great band-mate Kenny Johnson (who found a home and planted his drum stool right down with Greaney & Co after his long-term time with James Cotton).  Subsequent passes reveal some bits of applause trailing off at the end of a track or two (and no harm done there).  Otherwise, any little bits of banter sound just like so much fun in the studio, and the odd hoot isn’t odd at all; rather, it simply sounds spontaneous and authentic- just like these guys are having a blast!

Now, while we’re on the subject of live energy, there’s no better place around to catch some than Theodore’s Blues, Brews and Bar-be-que on Worthington Street in Springfield. This is true ‘most any night, but this particular evening is a particularly prime picture of joyful panache, joyfully presented.  Uncle Wally is in super-fine form this Friday, which is saying a lot- he is never any less than ‘fine,’ supremely so, fronting any band or taking turns with Tommy Whalen and the Ragged Edge at their Tuesday residency, easily the longest-running weekly event in the area.  Here with his own Sweet Daddy Cool Breeze ensemble, longtime players all, and each the personal pick of a man who knows what’s best, what we get for the price of admission (naught, by the way; never a cover at Theo’s) is a show that is energized, ebullient, engaging and exciting for every individual fortunate enough to have come in tonight.

A good number of folks here are friends and fans and fam, of course, but at least as many are who-knows-who, come in for dinner or a hang.  And ya can’t tell either bunch from the other; they’re all every bit as enthusiastic and supportive as all the others.  This is a fine sign of a top-notch performer, one who draws from and reciprocates warmth and positive energy with his audience, and Wally does this seemingly without even trying- we haven’t used the word ‘effortless’ here; the ol’ bugger is working hard for his little bit of money… but the supportive, appreciative, and communal atmosphere in here is just what comes naturally when one person, the rightly and righteous center of activity, has so much genuine fun it bubbles out, bounces off the band, and circulates all around the room.  Everybody knows how the next part goes: EVERYone gets caught up and pulled in.  Good ole ‘palpable.’

This same vibe flows around the stage from whence it emanates and circulates.  You can see these guys are having fun.  Wally dashes and sasses each of the players in turn, with all of ’em interacting just the same as if they were hangin’ in the garage and jamming.  Mighty Joe Elliott sitting at the keys is especially fun to watch, and always awesome to hear.  Mark Easton also sits these days, cradling his axe and coaxing some pretty powerful -and always expert- sounds from the Telly.  Bass-man Eddy Humber, who can also be found singing and playing guitar at other times, is one of those who plays that much better bass for his rounded experience as applied to the instrument.  The drummer was not the regular Cool Breeze tub-tapper, and there was no loss or denigration to the sound and performance.  Liviu Pop is THE drummer all up and down the Hartford-Springfield corridor and far beyond- this guy is so busy, it goes to show just how top-most Wally Greaney is in the tiers- and fun! -always grinning as he’s slappin’ the skins.  Sweet Daddy is so into it, sometimes it seems we get as good a look at his back-side as any other aspect- he is almost always in motion, cavorting around and cajoling the band, switching harps or swapping for a sax.  This is serious fun, and well worth the tiny bit of trouble it might be to find a parking place.

Wally’s actions are quick and sharp, like a very young jack-rabbit skipping around an imaginary mine-field, but happily; his banter is hilarious even when he ain’t neccessarily kidding around, just because the vibe is whatcha call infectious (again, ‘palpable’)- it’s one of ‘those’ nights.  And the sweat on his brow is really just pearls of joy popping out the top-end after pumping up from the genuine heart of a real Blues Man.  Confusing? Not at all- it takes one to know just how good a life spent celebratin’ the Blues really can be.