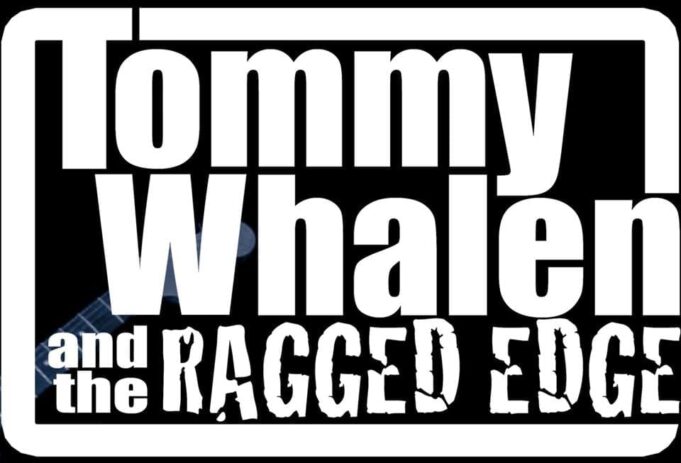 Here’s the thing about a Trower cover… couple o’ things, in fact.

First, how often do we hear ANYone do a Trower track?  I know, I know: ‘Robin who now?’  Look into the man; he is well worth a listen or two.  Second, IF somebody does Trower, it’s a sure thing they’re gonna pull up the guitar great’s second-most well-known number.  “Too Rolling Stoned” is always the one. And, up until I started infiltrating the music community a few years ago, I hadn’t heard a lick of it from anyone but the artist himself since some band did it in a Southern California bowling alley club… that was in the 80’s, and not that far in, so… a while, yeah.

And C) the only other exception to this comes from a young band in Western Mass who’d never even heard the one song OR the other till some ol’ boy turned ’em on to both.  Their only frame of reference for Robin Trower was one of his in-between albums, and not one of his greatest, at least in the estimation of one humble scribe.

So here we have Tommy Whalen and the Ragged Edge, easily one of the area’s top-tier guitar heroes (arguably even THE best), doing the number that qualifies as the blues-based Brit’s signature selection.  “Bridge of Sighs,” the title track from the album that rocketed Trower to the top of the game amongst the 70’s guitar gods, is generally the reference-point for aficionados of the artist, novitiates and veterans alike.

Trower’s vehicle has always been the power trio format.  The Ragged Edge is basically a power trio, with sax-man Wally Greaney, harp in hand as well, added to the line-up about half the time.  Wally is a globe-trotter, playing with names as big as they come and travelling in their troupes, and he goes by his own big name, Sweet Daddy Cool Breeze, when he’s out with his own band.  Wally is a true veteran, a career professional who has always worked in the business and usually as his own performer.

Watch what Wally does… or listen, rather.  This is exactly what is meant by a ‘version’ of a song rather than a straight-up ‘cover.’  The sound of this song will never be the same any other way, by any other assembly. Not taking anything away from the star of this show; Tommy Whalen is about the only guy around who would take on an out-of-the-mainstream guitar ballad like this and pull it off with all aplomb; and if the voice ain’t quite like the late Jimmy Dewar’s, well… Trower has been around the block with multiple vocalists tackling the tune, so Tommy holds up just fine.

One of the roles a writer can take on is the job of Spreading the Word.  And individual’s own interests, tastes, and preferences will naturally influence the choice of subjects, but that writer still bears the responsibility of being reasonable.  An “op-ed” is opinion by its very nature, but the one voicing that opinion will communicate best and most effectively by presenting the information in a reasonable way, rather than “selling” a star, proselytizing a product, or crusading for a cause.

Robin Trower or Tommy Whalen; both have been at it for a long time- decades.  Both are much deserving of wider recognition than they  have achieved- in the one case just wait a year for Trower’s next tour; but in the case of “guitar genius” Tommy Whalen (as Roger Salloom says), one need only find a date and drive a bit, depending on readers’ points of origin.  Damn  near seven nights a week, maybe even eight (or more), The Ragged Edge will be playing somewhere around the Western Mass area.

Wally “Sweet Daddy” Greaney will sweeten the pot, like as not, making the outing doubly valid to those who set out in search of these guys.  Rudi Weeks plays bass and adds backing vocals almost every time, and Perdomo is the drummer of choice these days.  Theodore’s Blues, Brews, and Bar-be-cue is one of the best places to catch them, but one visit will provide a whole menu full of other interesting items for those lucky and/or wise enough to come in from Worthington Street in Springfield.
I hit Theodore’s any chance I get- if I chance to get the Short Rib, so much the better. Seriously, I know a thing or two about cooking, and about smoking too; and at least as much about eating.  Spending money though, not so much… unless it’s hands-down a good use of my dollars- which it is here, absotively and without a doubt.  The big, ballroom-style saloon makes for just the right atmosphere, too- perfect for the foods, perfect for the blues, perfect for…  youse!