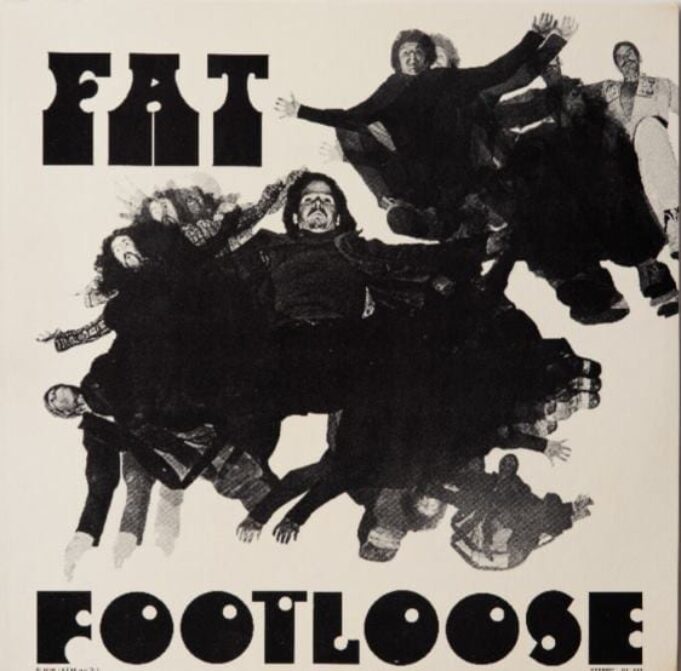 Spirits are high, and not just because the house is full- which it is, of course.  This being an annual event and all, ’tis the night after Christmas, so folks are happy to get one more day out of the holiday as they are to see this band.  FAT plays more than once (or twice) in a year, but this is THE Thing.  And what better venue in Northampton to host the area’s largest living legends than the Iron Horse…

Starting off by storming thru a half-dozen songs from their very first album- which is entirely fitting, you see, as that record came out in 1969-  FAT gets to celebrate their 50th Anniversary for a good two years- prolly more, by the time it’s all over.

So it makes good sense to start with a good chunk of that record.  Benji, the original drummer (William Benjamin) sits behind the kit for this segment, before swapping the seat to Chet Pasek- if there is room on the stage, however, they double-drum it.  Tracking thru a couple of interim-released singles, the band arrives at what is probably the centerpiece of the first half of the show, having promised earlier to do all -or was it most- of their second record.

There likely won’t be any of the activity that most bands call “break.”  FAT is known (expected, even) to play non-stop (and energetically) for more than the length of time that most shows will span in their entirety- as in, multiple bands, breaks included, and at least one change-over.  Good thing, too, if they’re gonna roll out this much material plus the other stuff, plus some stuff they don’t always, plus a version or two of a classic or two, like “Like a Rolling Stone” (often, anyway).

This is how FAT rolls: greatly.  I dunno how many ‘local’ bands ever make it to fifty, and that with their chops intact, but this one is gonna make the max of it.  This whole Anniversary thing started a couple of years before all this, with what they billed as a reunion of “the original FAT.”  Since then, bandleader Peter J Newland has been building momentum with these guys; at present they are currently celebrating the re-release and return to print of their 1975 LP, Footloose- the one they put out independently, long before “indie” was ever heard without “500” following it.  Just moments ago, Pete related the story of how the band went down to The City and did a lot of the recording in the same NYC studio with some of the same names as that first album.

Pete calls Mitch Chakour up to the stage.  There ain’t many names from around the area (or the country, or the world) with the stature and history to stand with this band.  Clean Living was on  the climb for a while, and others of course, ; but Chakour travelled the world with the likes of Joe Cocker before coming back to roost.  Back when Jim K went solo and occupied the top slot as the area’s top lead guitar player, Mitch Chakour’s name was the other top-tier guitar-slinger.

Chakour spends at least as much on-stage time playing keys (like with Tedeschi-Trucks at Green River Festival last year) as he does guitar, but he did break our the ol’ Chuck Berry -style six-string for a couple of numbers before Peter and James came back, at which point they all played together.  Mitch remained at his red-&-ivory work-station, the other special guest from New York City continued wailing on his sax, and the jams continued. Pete tried to say goocd-nite at about the two-point-five mark (hours, that is), and then the whole thing took on that late-night, after-hours, just-gettin’-goin kind of energy that carries all in the room and the band, to a peak of excitement.

We can’t call it a “frenzied” peak; these guys are more professional than all that.  They get to rocking a little harder, but they just keep getting smooother, too. Even Pete’s voice seemed to get stronger (and that’s saying something) as they pushed the clock up to the three-hour mark.

Bass-man Guy deVito is always the epitome of cool, in the gentlemanly sense, grinning with obvious enjoyment as he holds down  the low end, steps up to the mic for some background vocals, and trades non-verbal chit-chat with the guitarists.

Jim K has come to be “everyone’s darling” it seems; a similar sensation of supportive camaraderie and community emanates from all around the room every time he unleashes a dose of his dynamic and soul-filled solo sections.  In fact, it must be an extra-long show tonight – he got TWO tracks to his own.  He always gets the one, anyway; but this time we got treated to a real treat in “Sweet Little Angel,” the BB King oft-covered classic re-worked just a bit to make it his own… and ya shoulda seen and heard what-all they done with that number, what with the organ, and the sax, and Pete on harp (he ain’t no slouch there, either).  Before they finished with that sucker, it evolved from a low-key blues ballad and built-up into a full-blown flourish of big band swaggering swing.

A good bit of dueling leads ensued early on, this being a newer demonstration of rapport between ol’ timer James and Radio X-man Mark Pappas.  It’s always a whole lotta fun watching Mark zero-in on whatever needs to be delivered and always giving his Stratocaster just the right encouragement to sing it out.  Amazing really, that one guy can speak so many different sonic languages.

Another word about Pete’s harp-playing: this is NOT a case of a front-man whipping out a toy for diversion and effect when he doesn’t have a line to sing.  Pete PLAYS that thang.  It ain’t just a matter of dueling with James Montgomery from time to time, which he does -and mightily- it’s also clearly on display thru the end of FAT’s mammoth set, when he wails like the good ol’ days, duels with the guitars and duets with the sax.  Add it all up, and whatcha get is a big sound, a mighty sound, even a “War-like” sound when one considers the big-band sound that classic Funk band got from the same set-up, a single sax and harp.

When it hits right on, it’s right on.  This is what the warm vibe was in the Iron Horse the night after Christmas: totally palpable!  The sense of supportive community and civilized camaraderie was in the air, thick and warm and comforting like a nice, phat blanket wrapping around the place.

Jim K always pulls up the love; folks just have a special sense for him.  This is true with the band or when he plays solo; it’s like the guy’s sweet soul syncs-up with all the others in attendance.  It’s been really nice to have this whoosh and current in the air whenever he steps up and lays down a solo in all these FAT shows this last couple of years; but the same kind of palpable vibe, noticeably so, bubbles up for each of the individuals in the show- more so as time goes on.

It’s as if FAT is getting more comfortable within itself, and maybe that circulates with the sense of ease and comfort that comes from maturity. It shows in the faces, it’s felt in the air, and it’s heard in the comments during the show and after.  And by ‘after,’ we mean days out, not just on the sidewalk right after.

This is what struck me after the fact, and caused me to look back over the Night After Christmas show: it’s warmer than ever around this band, increasingly with time.  And now, with an annual event, that together-ness is even more amplified.

I can almost believe this whole thing was master-minded by the mind of a master thinker.  A return to service of “the original FAT,” followed by a period of fairly regular activity, leading up to the Big 50th Anniversary, all culminating in a yearly shindig at just the right time. I wonder if Saint Peter had it all figured out ahead of time?