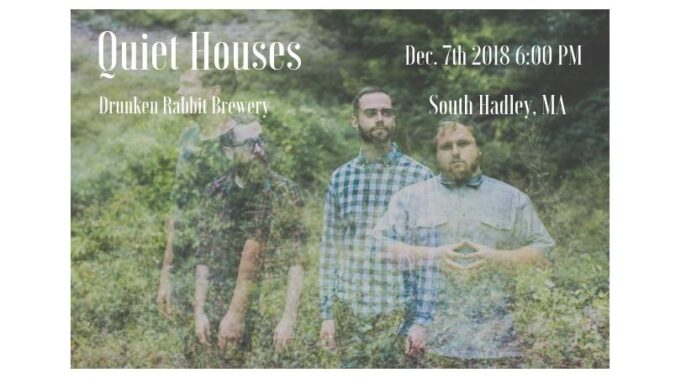 It seems like brewpubs are where it’s at these days.   The scene seems to be pretty civilized, with lots of mild-mannered behavior among the widely varied age-groups… not at all like back in the day. Which day? The one when the drinking age was 18. They raised it a year every year for three in a row, till they hit the One True Age of Maturity. The increase would take effect on New Year’s day; pretty sure I remember that right.

My birthday was December 15th.  The image is still clear in my head (it was early, that particular night). I am standing at the end of the bar, right in the coveted corner by the fridge, with the pinball machine right around behind it. I order-up my first beer (and shot, I’m sure), and the bartender stops, his brow furrowing in genuine confusion and concern.

“Jimmy, how old are you?” I looked fifteen anyway; I got sly (a rare state for me). “I’m eighteen. Why?”  The poor bugger stops. I’ve been in here pretty much every day into the late night for the last year-plus-two-weeks. He says, “What am I supposed to do now? He’s my friend!” I came clean pretty quick; time was ticking and I was thirsty.  Maybe this all come to mind because it’s December 7th today.

Anyhoo. This joint, the Drunken Rabbit was pretty light on living bodies when I first arrived.  I was surprised, though- the band was already cooking and it was just barely past six.  Yes. Six. O’Clock, yes. Which brings us to the point where I can make my point. Brew-pubs all seem to hold themselves to a separate standard. They close at ten, pretty much. They got another rule in the Brew-pub book, too, it seems- no more than five nights open in any given week.

So, what we got here in sum is a civilized scene. Early to close, early to bed (as the old saying doesn’t go).  I’m having a hard time picturing a scene like what may have been our typical night out on the town. All the walls have all their paint, and you can stand right next to the toity without wishing you’d brought a surgical mask. If we’d kept this kind of company when I was a kid, I might still have all my teeth!

The place has been filling up steadily over the last two hours. A few here and there seem to be here for the band in particular; most appear to be here because… because. Once they all meld together, though, who is which becomes indescernable.  No group nor any person in particular stands out as one or the other. This seems like a pretty clear indication of a certain, shall we say, attitudinal equanimity.  In other words, all are equally appreciative and attentive.  While it might seem like they’re all wrapped up in whatever, and the room is a loud one, mind you (another common characteristic of these clubs), they all shift gears, holler out, and clap hands every time the band ends a song.

Almost all of Quiet Houses’ songs are originals, and tasty, and artistic I think- and people seem to dig ’em anyway, lol. Whatever blurb I read contained words along the lines of “mix of styles,” folk songs, and Celtic- I’m pretty sure. I don’t think it mentioned “prog,” which caused me some concern. Chris Errequizzzzzo, voracious young life-long learner (you can tell) and patron of many musical art-forms, holds “out-there” and sophisticated (often loud, too), progressive rock pretty high on his list. Then again, that list is pretty extensive, so nothing should shock.

Just as bodies steadily come thru the doors, the music undergoes some subtle-ish developments. For one thing, the sonic quality gets better with each set. A little glitchyness in the mix gets closer and closer to resolution (so to speak), as the guys tweak settings and amp it up best they can without pushing too much- and, you see, without a P.A. system (surprise, surprise, you guys!).

Simply the increase in human sound absorption takes the edge off the sound effect inherent in a big room rimmed with hard, reflective surfaces- again, another common characteristic with these places. It’s like the intelligent and passionate minds (no, really- I mean it) from whence these concept-halls are sprung… well, there’s just this one little detail that consistently escapes their attention- seems t’me anyway.

The content and character of the compositions ramps up in quality and seeming sophistication as each set progresses, too. It’s like the band starts off strong enough, but holds the even stronger selections for strategic advantage. Likewise, Matt the guitar player pulls more ‘tricks’ (techniques, really) from up his sleeve as the whole thing keeps moving forward.

Starting in the second set, we get a clear infusion of the aforementioned Celtic character. One might know the magic of an electric guitar played so’s it has a sound like fiddle, or flute, or Ullean pipes. I could have sworn I heard some washes of Mellotron strings, too. I live this stuff- it takes an Artiste to even go there at all, much less make it work, and well. I heard some Keaggy-ish swells mixed with whammy-vibrato and varying sustain, and I knew I was hooked.

Bass-meister Michael Dull, who one might remember from at least one other of Chris’ many projects, namely Entahdem, is the kind of bass player who does the job right and totally looks the part while he does. And a bonus comes with this guy: bass solos. Ya know how not every band slots in a solo for the bass-man, and if they do then all’s ya get is the one… not so here. A few solo’s boom out, and some are what might call ‘extended,’ or lengthy enough to satisfy.

The drummer, Brandon Dester whacks ’em hard as they need and spanks ’em right like they like. He is by no means overpowered or out-weighed by the level of these young heavies from among the local music scene.