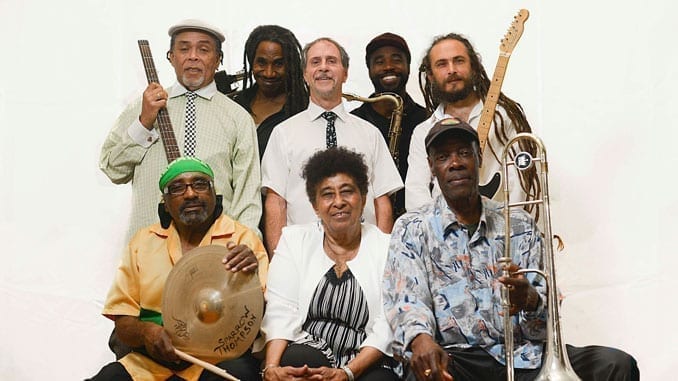 Skatalites’ European and American Tour, celebrating 55 years of being “Rough and Tough,” is in full swing.

From the video channel of Fabrizio Pedrotti:

The legendary ska and reggae band has performed in the Netherlands, Belgium, Spain, France, and beyond this month and they’ll return to the States to play a string of dates in the Midwest in late May and June 2019, as well as Warped Tour in Atlantic City.

Arguably the most historic and perhaps first band in both ska and reggae is celebrating 55 years as a band. The Skatalites are Jamaica’s premier ska band since 1964 who backed artists like Bob Marley, Toots and The Maytals, Alton Ellis, Ken Boothe, and most of the singers of the day. Their infectious brand of bluesy, jazzy ska spread like wildfire around the island and spawned the entire genres of ska, rocksteady, reggae, dub, two-tone, and third wave ska. The tiny island of Jamaica has probably had more effect on music globally than any other country or place in the world, and The Skatalites were the pioneers of Jamaican music. The band tours the globe to nearly every continent year-round to this day.  Members come and go and father time has touched the band.  Original singer Doreen Shaffer still tours with the band and many of the band’s members have been in the band for decades. The other players of this fine group are Azemobo “Zem” Audu on tenor saxophone, Andrae Murchison on trombone, Travis Antoine on trumpet, Brian Atkinson providing the low end on bass guitar, Natty Frenchy on guitar, Ken Stewart on keyboards (and intermittent dance routines), and Trevor “Sparrow” Thompson holding it all together behind the drum kit. Considered royalty by the leading reggae touring artists today, they are frequently visited by guest musicians.

From the video channel of Kwiktv:

Take a look at the list of tour dates below and see if the Skatalites are coming to a city near you! Don’t miss ’em!

From the video channel of Rottom SunSplash