Shiragirl at Coney Island Baby was such a fun show to see that I want to see them again- and soon.  The show was a power pop throwback to the eighties with the emphasis on fun. Shiragirl had her Brooklyn Goes Hollywood release party at Coney Island Baby in New York City.  Shira Yevin, aka Shiragirl, is like a punk rock Madonna. Her all-girl band included the awesome Lisa Bianco on lead guitar, Leanne Bowes on bass, and songwriter/musical director Raine Palladino on drums. 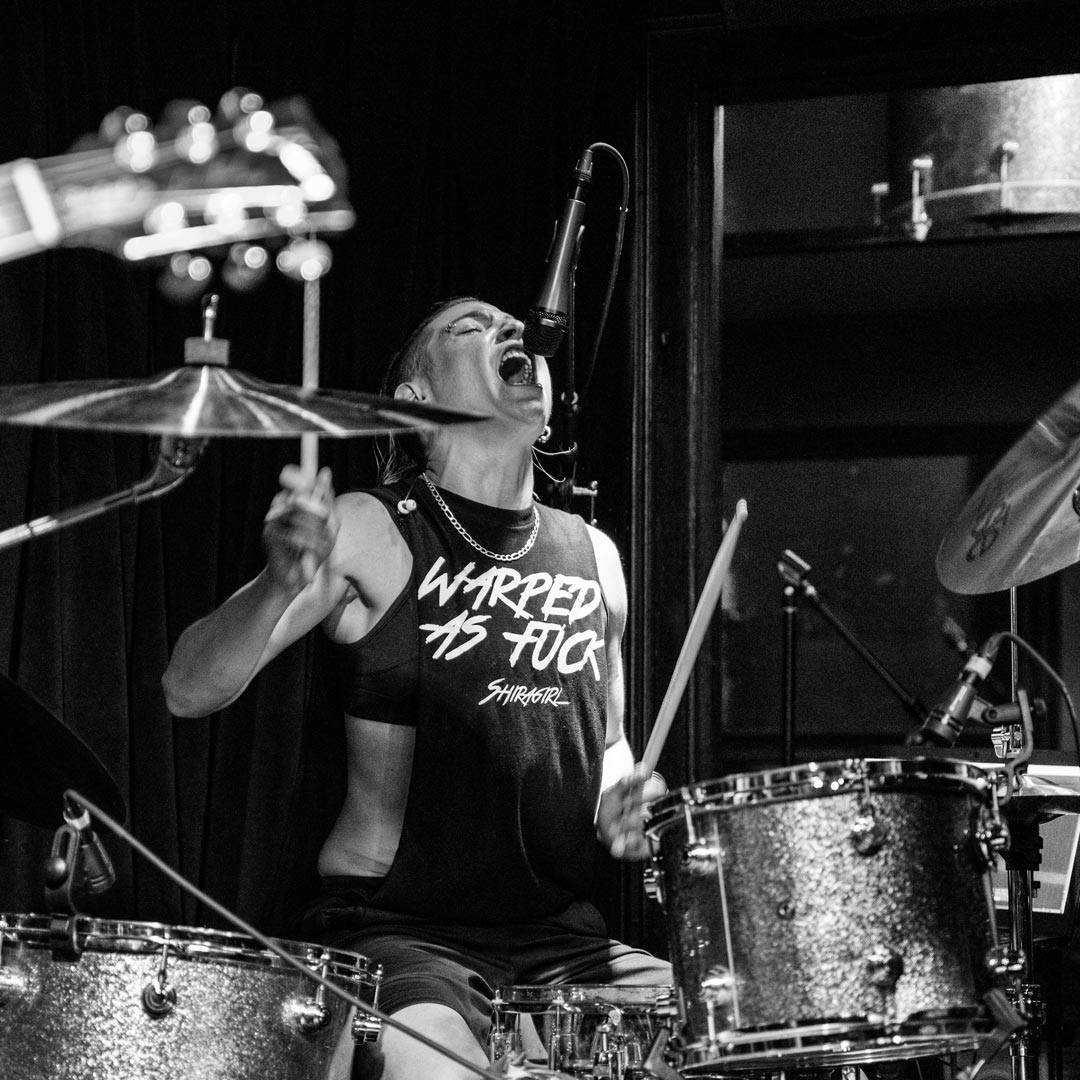 Shiragirl has been a band since 2006, when Shira met Rainey P. This show was a magical homecoming, with a lot of family and friends in the house, who have been with the band since the early NYC days. Now being based in LA, it was awesome to come back and celebrate the EP release for Brooklyn Goes Hollywood. What better place than Coney Island Baby?

From their bio: “SHIRAGIRL is splashed onto the scene by crashing the Warped Tour. The spunky pink-haired Jersey girl drove into the gates with her pink RV and set up in front of the skate ramp. A crowd immediately formed and she was invited to play the entire tour. This story describes Shiragirl best: she makes a scene, demands attention, and gains respect as she carves out her own place in music, rather than sitting around waiting to be discovered. She knows what she wants and she goes after it. Her success at the Warped Tour has earned her an MTV Warpie Award, and a place in Cleveland’s Rock n Roll Hall of Fame Warped Tour exhibit and time capsule.”