Check out the Live Music News and Review.com Facebook page for updates and announcements. Check out more of Stacey’s writing at her Type 1 diabetes-focused blog I’ve Got My Own Type 1 Blog to Do.

I normally avoid clowns like the plague – I read Stephen King’s IT as a teenager after all, and that scarred my generation for life! I hear there’s a new version out now, which I won’t be seeing! But, I digress. So, with my clear dislike of clowns, why on earth would I be trotting off to Boston to see one? Well, this one can sing and that’s a pretty big understatement to boot! I never watched America’s Got Talent, but found videos of Puddles after a sound technician at one of my boyfriend’s shows turned us onto this phenomenon.  We were instantly obsessed! As testament to my clown conversion, Puddles even achieved the heretofore unprecedented feat of getting me to actually enjoy an ELO song!

The recent show on Monday, November 13th at the Wilbur Theatre in Boston was a sold-out affair. Puddles has a huge audience – and not my usual prog or metal peeps, so an interesting mix for me for sure! Puddles emerged from a side door into the audience appearing confused as to how to get to the stage, winding up through the mezzanine and the balcony. When he finally found his way, he sat with a magazine, casually snacking, and reading until the crowd settled in, then dramatically turned his chair to face away from the crowd. A video of his America’s Got Talent journey, and eventual loss, played on a screen as he belted “Losing My Religion.”

As I said, Puddles can indeed sing – it’s his gimmick of course – such a juxtaposition of a seven-foot clown who doesn’t speak, then opens his mouth and out comes that voice! His stage show is more a vaudevillian-esque comedy show than a vocal concert, with tons of audience participation, props, and gags to keep the pace moving and the crowd feeling truly a part of the performance. Another gimmick is his serious proclivity for all things Kevin Costner.

Pre-show, we were treated to Kevin Costner trivia and serenaded by Kevin’s band piped through the PA. This Kevin attention prompted another Kevin, Kevin Bacon, to be featured in a video vying for that “Kevin” position in Puddles’ world. Alas, to no avail – Puddles is a Costner guy all the way. Costner even showed up via video as well affirming that Puddles had indeed won and he’d be part of the show along with a stream of Costner movie scenes to Puddles singing “We Don’t Need Another Hero (Thunderdome)”, which isn’t even a Costner film, by the way! It was an odd, but amusing bit that left me, at least, a bit stymied, but ya likes what ya likes I guess!

Check out more of Stacey’s photos of the show at LMNR’s Facebook page.

A very interesting, inventive, and highly entertaining twist was Puddles’ rendition of the Who’s “Pinball Wizard,” but sung to the tune of Johnny Cash’s “Folsom Prison Blues.” Wait, you thought that was a good spin? Later in the show, Puddles one ups that with an equally clever turn on “Folsom Prison Blues” done to the music of- you guessed it- “Pinball Wizard”! It seems kinda corny as I type it, but let me tell you, it worked! I loved it! Other highlights include “Danny Boy,” which was quite the tearjerker with a baby boy’s face looking down, taking us from smiley happiness to the epitome of heartbreak! You couldn’t help but laugh at how well it fit with the song – that kid is gold! I mentioned above that Puddles got me to enjoy an ELO song (all who know me know I’m not a fan).

Puddles had me cracking up as he got tangled up in a telephone wire while singing (so I guess you can figure the song now!), giving me a new image with which to associate it! Puddles is one of the few performers of late who not only allow photos and videos to be taken, but actually  encourages them, saying “I Want You to Want Me” and tossing that song in to bring the point home! David Bowie’s “Space Oddity” featured a spacesuit-clad Puddles, and “Under Pressure” and “Come Sail Away” both had “Let It Go” from Frozen thrown into the mix. “Under Pressure” was an entertaining audience-member assist of stuffing desserts down your gullet (stressed is desserts spelled backwards after all, he reminds us!) with Puddles changing the Freddie Mercury syllables to “eat it up.” It’s nothing if not eccentric and always a laugh. A personal highlight for me was his version of Leonard Cohen’s “Hallelujah.” His voice is really made for that song and he’s able to convey all the emotion behind it with ease.

I’d see Puddles again anytime. Not to push the obvious clown references too far, but his show is a mix of circus, vaudeville, vocal recital, and Rocky Horror with a large portion of the audience being more in the know that I was, yelling out at points they were clearly supposed to. He closed the night out with Elvis’ “It’s Now or Never” and was off to meet up with his adoring fans.

Check out more of Stacey’s writing at her Type 1 diabetes-focused blog I’ve Got My Own Type 1 Blog to Do. 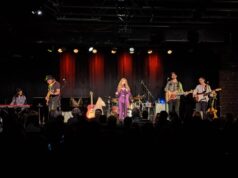 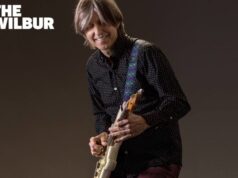 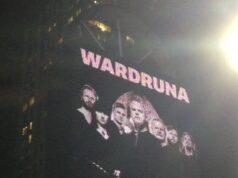