powerhouse. Whether on the festival circuit, performing at jam and reggae-rock favorites like Camp Bisco, Gathering of The Vibes, California Roots, Jungle Jam and Closer to the Sun, or sharing the stage at sold out shows with some of their diverse influences including Slightly Stoopid, The Wailers, and Michael Franti, reggae/rock/dubtronica band Roots of Creation (RoC) offers up a high-energy, infectious live music experience. Their mix of reggae riddims, conscious lyrics, spirited horn lines, and electronic beats makes crowds move and has their loyal underground fan base (RoC Family) and street team (Universal Soldiers) travelling the distance to pack venues from coast-to-coast. A rock band with punk energy and pop reggae grooves, Baltimore’s BALLYHOO! is a fun, fan-loving powerhouse. These road dogs have tirelessly toured coast-to-coast taking their music to the people. Between the road and the studio, BALLYHOO! have crafted a sound distinctly their own; fresh, fun, and embodied by the soul of the party lifestyle. BALLYHOO!’s unique yet melodic blend of genres, along with their hardcore devotion to the road and their fans have pitched them into snowballing success. They were listed on MTV’s Top 100 Bands to Watch and even featured 2 downloadable songs on the popular video game ROCK BAND. The Aggrolites are more than a band — they are a movement unto themselves. They carry a banner – one created with their own hands. This banner reads “Dirty Reggae” and represents their signature fusion of reggae, soul, grit, and determination. For seven magnificent years, this dirty reggae bunch has rolled from city to city, across the pond and up Main Street USA. The liberating rhythms and catchy grooves demand a return trip. The Aggrolites have a specific way of making music. They don’t overthink it, they don’t obsess over pop culture demands; they walk onto a stage or into a recording studio and let “it” happen: a culmination of inspiration from the road, from playing alongside music legends, and from the energy and motivation of their diehard fans.

Organically Good Trio is a Hammond organ-driven roots instrumental group out of Boston. Founded by Slightly Stoopid keyboard player Paul Wolstencroft, the band has a sound reminiscent of the great organ trio albums of the late 60’s mixed with a reggae organ trio style. Hailing from Boston, the band has created a new sound among organ trio music.  A mixture of reggae, soul, and boogaloo, the band is  forging a new path forward both in live shows, and in the recording studio. Fueled by their passion to explore beyond the edges of traditional musical boundaries and their diverse ethnic and musical backgrounds, the Alchemystics from Northampton,

MA blend reggae, politically infused hip-hop, gritty soul, hard-driving rock, and pulsing Jamaican, Cuban and Trinidadian rhythms into an utterly unique and distinctively original new sound. The result is modern-day roots music with global appeal – an alchemy of ancient musical traditions; intricate, intelligent wordplay; elementally raw soul; irresistible hooks; deep, driving rhythms; and old-school vocal harmonies – fired by the Alchemystics’ unique blend of intensity, passion, and sheer artistic chemistry into a powerful, contemporary, and unmistakable sound. For nearly a decade now, Bumpin Uglies have been playing their brand of groove-heavy jams – a curiously fun mix of ska, reggae, and good ole’ punk rock – all while putting strong lyrics at the forefront of the music. It’s a formula that quickly took them from local favorites, playing around Annapolis MD, to a national stage. Raised on everything from Bad Religion and The Beach Boys to Sublime and Reel Big Fish, Bumpin Uglies have managed to take inspiration from some of the best out there, run it through their own distinctive filter, and end up with a truly original take on the various genres creating a unique hybrid. The Elovaters (formerly known as the Cornerstone) are a reggae/rock/funk band hailing from Boston, Massachusetts. The sound is similar to that of  Sublime, UB40, The Police, and the Red Hot Chili Peppers. Their show is fun, energetic and has crowds dancing, grooving, and singing along. For the last two years, the band has been booked by Heineken to fly to the Caribbean to play the annual  St. Maarten Heineken Regatta supporting headliners Kool and The Gang and Akon. The band has garnered the interest of major labels and industry professionals and last summer beat over 1300 bands through ReverbNation for a spot on The Levitate Music Festival with Stick Figure and Collie Buddz. This past October, The Cornerstone headed down to Washington, DC to record their debut album at Lion & Fox Studios (SOJA, Rebelution) which is set to release this summer. The band continues to expand their fan base and their touring schedule, hitting new cities throughout the eastern United States. https://www.youtube.com/watch?v=6cy09Vj6RsU At the controls of a potent dancefloor experience that draws from reggae dancehall, hip hop and the synthy beats of urban electro, producer/DJ Green Lion is a sonic craftsman at home both on the decks and in the studio. Honed in the heated atmosphere of Jamaican sound system culture and a constant schedule of live club and concert dates in the United States, all Green Lion productions-on record, over the air or live and direct-are energetic affairs designed to set bodies in motion. Green Lion’s movements are coming fast and furious now as charting success and critical acclaim for recent productions with reggae and crossover tastemakers such Chronixx, Kabaka Pyramid, Beenie Man, Mr Williamz and Collie Buddz lock in spots on international sales charts and heavy rotation on commercial radio around the world. 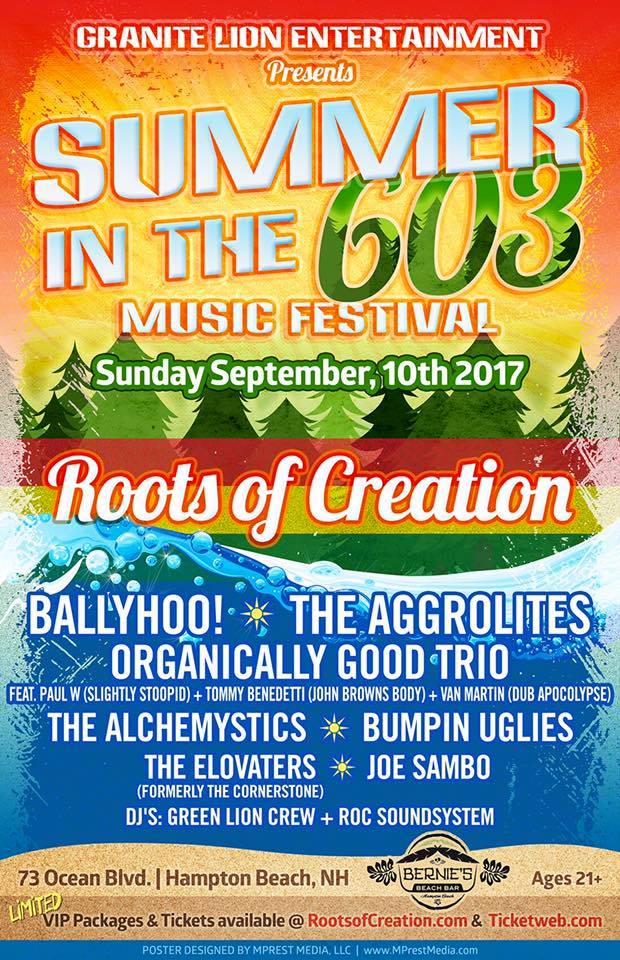 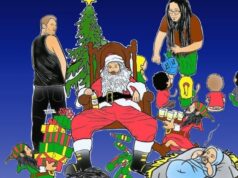 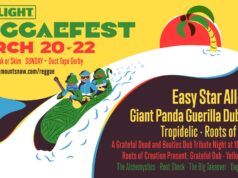