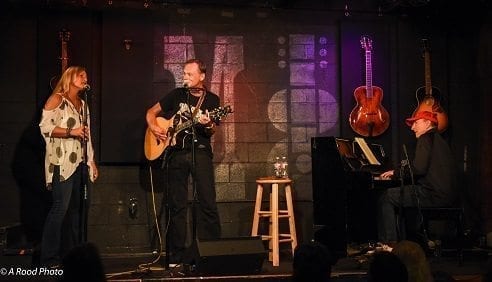 To submit a review or story for consideration hit us at [email protected]
Check out the Live Music News and Review.com Facebook page for updates and announcements.
Thirty plus years ago i had the opportunity to photograph Jonathan Edwards at several shows on the east coast. On June 9th, he performed at McCabe’s Guitar Shop in Santa Monica and his music was as fresh as it was back when I first got to hear him live.

With eighteen albums under his belt and almost 50 years making music, Jonathan entertained the audience with music new and old.  He supplemented his performance with entertaining anecdotes about his lengthy career.

Check out the full gallery of photos by Stevo Rood here.
Edwards performed several songs from, as he says “not my last record” but “my most recent” album.  He acknowledged the subtle semantics in his choice of words, which brought a chuckle from the audience.  Songs from his latest album included Down in the Woods, Tomorrow’s Child and Gracie. A nice surprise during the show was when his daughter Brenda Gillis came out to sing with him and was also accompanied by pianist Ned Albright.

The audience also looked forward to (and were not let down) hearing his original hits including Shanty (Friday Song), Don’t Cry Blue, and Sunshine   in which the audience was encouraged to sing along (and they did, with fervor).  Following the show, Jonathan hung out and greeted every fan that wished to say hello or have a photo taken.
From the video channel of jonathanedwardsvideo:
To submit a review or story for consideration hit us at [email protected] Check out the Live Music News and Review.com Facebook page for updates and announcements.