Jeff Lynne’s ELO Radio City Music Hall NY NY September 18 2016   By Gary Blicksilver Photos by: Sharon Budman https://youtu.be/I2qxjbrgElU?t=3 To Submit a review or story for consideration hit us at lmnandr@gmail.com Check out the Live Music News and Review.com Facebook page for updates and announcements.   I think we all have our “band-zeros.”  That first love, musically speaking.  Maybe you’re into jazz, and you hear Miles Davis and you have that “ah-hah” moment.  Then there are the folks who manage to dance around the “noise” of “lesser” bands, cut to the chase and discover The Beatles, sooner rather than later.  I would eventually get there, but not until I immersed myself in a band that was heavily influenced by the Fab Four – The Electric Light Orchestra. For me, and I’ll admit to it here, I was wasting away listening to top 40, circa 1976.  Then I heard “Telephone Line” and asked, “What was THAT?”  A mix of classical music, which would appeal to my grandfather’s love of Heifetz, and rock music, which was starting to appeal to me.  My kneejerk reaction – I just liked what I heard.  That first song took me to A New World Record and then a year or so later, to Out of the Blue.  I bought both albums on cassette, having acquired a Sony Cassette-Corder to supplement my aging Emerson record player.  Both came packed in old-school plastic slipcases with printed overwraps.

That was it for me…my band-zero. If memory serves me correctly, and I say that because I’m thinking back to 1978 and my 15 year old self, my friends and I were in scramble mode, trying to figure out if there was any way we could get to New Haven to see ELO (as the band was commonly referred to) on The Big Night tour and that epic spaceship stage.  All of us living on Long Island, I cannot recall why we weren’t pursuing the two nights at The Garden, though I suspect those shows had already sold out. Suffice to say, we never made it to Connecticut, or Manhattan, and so my personal one-on-one with my first love (again, musically speaking) would have to wait…for nearly 40 years! Jeff Lynne’s ELO, as his version of the band is now called – this apparently to distinguish itself from various tribute groups using names including The Orchestra, ELO Part II and others – resurfaced at the Grammy Awards in February 2015.  They played only two songs, “Evil Woman” and “Mr. Blue Sky,” and American appetites were whet.  A few months later, it was announced that a new album, and their first since 2001 to feature new material, Alone in the Universe, would soon be released and now we were salivating.  Then the hat trick – the news that a short (VERY short) U.S. tour playing 3 nights at the Hollywood Bowl in Los Angeles and a pair at New York City’s Radio City Music Hall.

The two chosen venues could be hot and cold siblings of each other – both art deco masterpieces, but each built for the weather patterns on their respective coasts.  Radio City is like an indoor Hollywood Bowl, with a ceiling modeled after the exterior of the Galactic Empire’s Death Star.  The sound is amazing; as is the view from almost anywhere you could get seats.  Originally sold out, my photographer friend was able to get reasonably priced tickets (all relative to the artist and arena) for this incarnation of ELO and what we thought might be a show we would regret missing. Check out the full gallery of photos by Sharon Budman. Opening for ELO, was appropriately The Attacca Quartet, featuring Amy Schroeder and Keiko Tokunaga on violin, Nathan Schram on viola and Andrew Yee on cello.  Their brief but elegant performance included works by Haydn, Michael Ippolito and John Adams, and Beethoven, the last of whom would be featured at the end of the night’s music…but I’m getting ahead of myself. At approximately 9:00 PM, the featured attraction – the orchestra – took the stage.  I don’t use the word “orchestra” lightly, as “band” is too confining – too small, particularly with a dozen musicians on the stage supporting Lynne.  Included in this ensemble was Richard Tandy on keyboards, the one other link to ELO’s seventy’s glory. “Tightrope,” with its stringed intro emulating a spaceship landing, into a quick burst of machine gun drums and finally the cutover to electric, let everyone in the hall know that this night was going to be special:

“They say some days you’re gonna win, They say some days you’re gonna lose. I tell you I got news for you Your losin’ all the time you never win” And like magic, we were all transported back in time.  “Evil Woman,” the first worldwide hit for the band, came next followed by “Showdown.”  The odd pairing of Olivia Newton-John and ELO produced the soundtrack for the 1980 movie Xanadu, and with it “All Over the World.”  But this just seemed like filler before the killer track “Livin’ Thing” from A New World Record.  Next came the only brand new song of the evening, “When I Was a Boy,” which I would liken to a classic car barn find – vintage styling but sounding as new as ever: “When I was a boy, I learned to play Far into the night and drift away Don’t want to work on the milk or the bread Just want to play my guitar instead When I was a boy, I had a dream” An operatic opening brought us to “Rockaria.”  They then went deep into their vault with “10538 Overture,” which had enjoyed newfound popularity in the recent film American Hustle, but in reality dates to 1971 and ELO’s eponymously named first album.  In this song one can really hear the lineage back to The Beatles with overtones of “Magical Mystery Tour” and “I Am the Walrus.” The title track from “Secret Messages” was up next; it would be the last song to get past 1979 and the height of ELO’s golden era.  “Can’t Get It Out of My Head,” said to have been written by Lynne in response to his father being critical of Jeff’s songwriting abilities, came through as the beautiful classical-rock ballad he intended.  Two gems, “Shine a Little Love” and “Wild West Hero,” preceded the classic “Telephone Line,” a song that reminds one of lost loves:

“Hey, how you feelin’? Are you still the same, don’t you realize the things we did We did were all for real, not a dream I just can’t believe they’ve all faded out of view” Projecting on a giant circular screen was something that a younger fan might not have recognized – the dial from a now ancient rotary telephone.   Throughout the evening, different images, always appropriate to a song’s subject matter or at least its desired feel, made their way on to this screen.  Surrounding theses visuals was a ring of multi-directional lights that danced perfectly in sync with the music.  Oh, and there were lasers – lots and lots of lasers. All of these effects took excellent advantage of the voluminous space within Radio City. Next up were the back-to-back classics from Out of the Blue, “Turn to Stone” and “Sweet Talkin’ Woman.”  Both sounded as good now as they did all those years ago.  A slight fast-forward to ELO’s highest Billboard charting single ever in the U.S., “Don’t Bring Me Down” and with it the perennial question of whether we’re hearing “Groos” or “Bruce,” set us up for the closer, a final shot from Out of the Blue,  “Mr. Blue Sky”: “Mister blue sky please tell us why You had to hide away for so long (so long) Where did we go wrong?” For the encore, Lynne dialed it all the way back to their second album, playing the one song which perfectly answers the question “what do you get when you cross an orchestra with a rock band?” Take Chuck Berry’s legendary guitar riffs and front it with a classical intro of violins, cellos and such, and you get something called “Roll Over Beethoven.”  The resulting mash-up featured Lynne leading his electric (and eclectic) crew through an all-out jam.  Almost screaming at times, Lynne sounded as great on this, as he did throughout the night’s vocally intensive works. Do I think it was worth the almost 40-year wait?  Maybe that’s not the right question.  Maybe what should be asked is whether Jeff Lynne, regardless of what he has in the offing, was satisfied that he could at least pull off an incredible “out of the blue” set of shows on both coasts after so much time.  It might be a stretch, but maybe Mr. Blue and Mr. Lynne are in fact one and the same, and what we should be asking is “What took you so long?”   To Submit a review or story for consideration hit us at lmnandr@gmail.com Check out the Live Music News and Review.com Facebook page for updates and announcements. 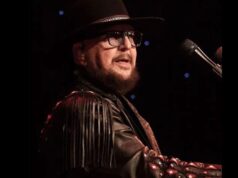 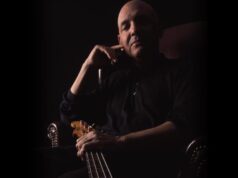 Concert Memory: Toots and the Maytals

Virtual Concerts: Are they the Future of Music?

Live Music News & Review was born out of a love of live music and the wish to chronicle the amazing shows happening around the country. Stories and reviews are born both from our editorial board and from readers just like you around the country.
Contact us: lmnandr@gmail.com
5,788FansLike
209FollowersFollow
294FollowersFollow
8SubscribersSubscribe