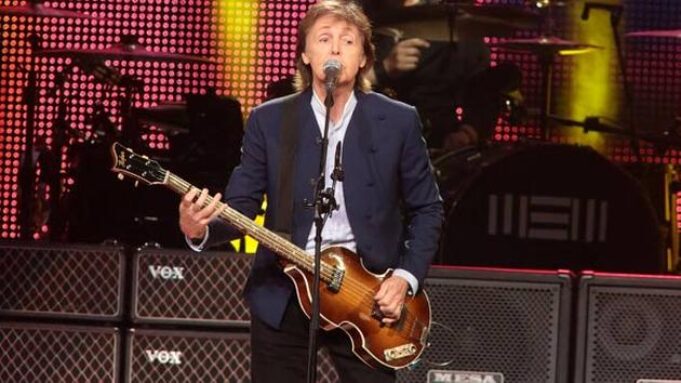 “One On One” Tour

By: Jeff Rabin of Stackabones

On July 12 I found myself at the Citizens Bank Park in Philadelphia at the “One On One” tour where it became abundantly clear that former Beatle and rock n’ roll hall of famer, Paul McCartney, is still a current, relevant touring musician. You could tell from the smile on his face that he loves playing in a band, updating arrangements on decade old songs, rehearsing with his band, choosing a set list and most of all crediting former and current band mates. He’s not celebrating a career in retrospective, he’s in the midst of yet another tour, promoting a new album of original music, and perhaps even planning for future tours.

The “One On One” tour was aptly named for despite typical big stadium bluster at the spacious baseball park, Paul made every attempt to create intimacy by telling stories, making jokes, dedicating songs to the loved ones in his life and even overseeing an on-stage marriage proposal. 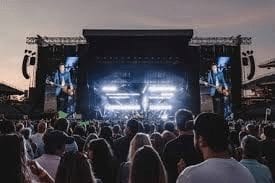 The lights, screens and visual aspects of the production throughout the show left nothing to be desired, displaying close-ups of the musicians blended with photos from Paul’s past, creating a heartwarming scrapbook effect.

I appreciated Paul’s fearlessness in performing new material and some deeper album cuts despite some bored and restless reactions from the mixed crowd of parents with little kids and those eligible for AARP. Without missing a beat, Paul dove into songs from his new album with the pride of a confident artist. His talent of reading the audience at this point really shone through when he was able to incorporate some classic hits with his new work.

The show was organized by the instrument Paul was playing at any given moment.  Opening on his classic Beatles Hofner bass, the band rocked through “A Hard Day’s Night”, followed by the first of the newer songs, “Save Us.”  “Can’t Buy Me Love” was followed by the Wings song “Letting Go.” 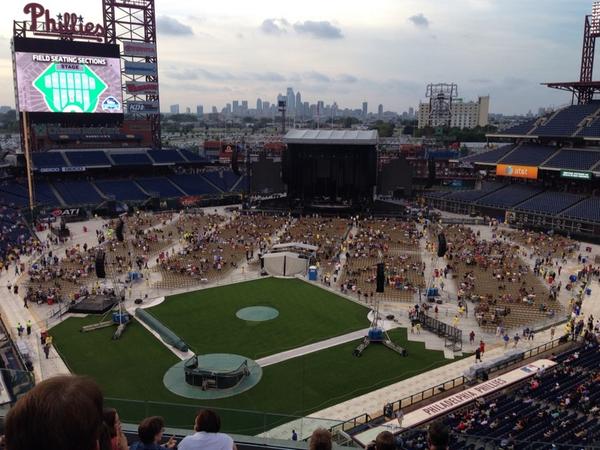 “I’ve Got A Feeling” was rocking despite it being the first moment that exposed Paul’s aging lead vocals. While enough youthful sound still remains in his vocal cords to remind one of the Beatles days, there were many moments throughout the evening where the backing vocals of Paul’s bandmates were covering for his vocal deficiencies.  Yet Paul never shied away from the microphone, performing 38 songs in 2 hours 40 minutes without a break.

Paul then moved to a Martin acoustic, playing the first song he ever recorded with his pre-Beatles group The Quarrymen, “In Spite Of All The Danger.” He followed this with the Beatles numbers “You Won’t See Me”, “Love Me Do” and “Blackbird.” Paul even slid in a quick version of the song he recorded with Rihanna and Kanye West, “FourFiveSeconds.” Of all the classics performed that night, the somewhat trite “Ob-La-Di” was the song that finally got the crowd in the stands out of their seats and singing along.

From that point on, McCartney and crew fulfilled their role with a combination of songwriting, musicianship, showmanship, lights, smoke, and videos that drove the crowd to delirium, and will serve as a template to younger bands for how to put on a rock show. It appeared the band was having as much fun as the crowd.

The encore began with a solo acoustic version of “Yesterday” (played in G instead of the original – which was unbelievable) The Wings rocker “Hi Hi Hi” which was followed by a rocking “Birthday.”  And the shows crowning glory was the final segment of the “Abbey Road” medley:  “Golden Slumbers” into “Carry That Weight” into “The End.” Fireworks provided the grand finale as the band took a final bow and headed off to the next city.

Considering the wealth of material at his disposal, hearing Paul sing three or four newer songs and Wings deep cuts leads to the inevitable discussion of what else he could have performed. Is it too greedy of a fan to say “If only Paul had played “Drive My Car”, “Paperback Writer”, “I’ve Just Seen A Face”, “My Love”, “Jet”, “Venus and Mars”, “Helter Skelter?” Honestly, no matter which songs Paul chose, the fans would still be starving for more.

So, go see McCartney on this tour!  Not because it might be his last tour and not to finally hear an icon perform his Beatle number one hits.  Go because Paul McCartney is a current, relevant touring artist who loves to put on a great rock’n’roll concert.

Check out this updated, comprehensive guide on how to play like Paul McCartney via Beginner Guitar HQ. It is completely free.

By: Jeff Rabin of Stackabones