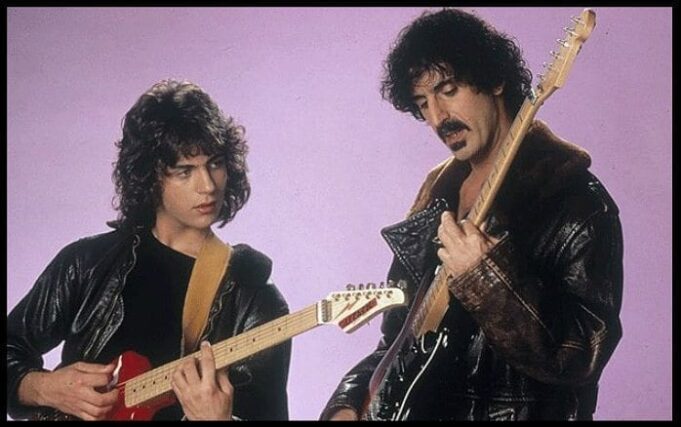 Dweezil Zappa will be on tour this week in support of Via Zammata’, his first album in a decade.  Backed by his longtime ensemble (formerly known as Zappa Plays Zappa), Dweezil will hit the northeast, including NYC on May 6 at the Gramercy Theater.
“Dweezil is making his long-awaited return to original composition with a new LP of his own, Via Zammata’, and now he’s armed with untold amounts of experience and insight gained from mastering his father’s genius,” writes Spin Magazine.  “The resu
lting record, named for the Sicilian street that the Zappas once emigrated from, is a fitting mixture of legacy and creation.”
Dweezil Zappa Plays Frank Zappa
For over a decade, Dweezil has been honoring Frank’s music by playing over a thousand dates worldwide with his Grammy-winning project, Zappa Plays Zappa.
The ensemble now has a new name:  Dweezil Zappa Plays Frank Zappa.
When Gail Zappa passed, she named Dweezil’s siblings, Ahmet and Diva Zappa, trustees of the Zappa estate (Dweezil and Moon were not named trustees).
From The New York Times:
“This month, the Zappa Family Trust, which owns the rights to Mr. Zappa’s music, informed Dweezil that he did not have permission to tour as Zappa Plays Zappa – the name is a trademark owned by the trust -and that he risked copyright infringement damages of $150,000 each time he played a song without proper permission.” 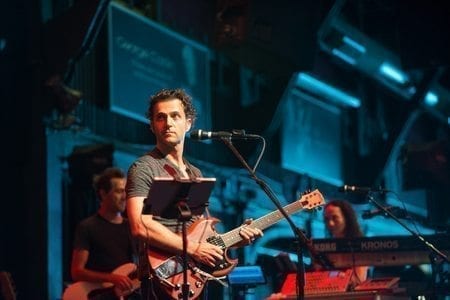 “My last name is Zappa; my father was Frank Zappa,” Dweezil said. “But I am not allowed to use the name on its own. I’m not allowed to use a picture of him. I’m not allowed to use my own connection with him without some sort of deal to be struck.”
“I just hope people will understand,” he said, “that the only thing I’m changing is the name.”
Hear the song “Nothing” here.
Dweezil Zappa Via Zammata’ Tour
May 3 – Ridgefield, CT  Ridgefield Playhouse
May 4 – Admore, PA  Admore Music Hall
May 5 – Alexandria, VA  The Birchmere
May 6 – New York, NY  The Gramercy Theatre
May 7  – Boston, MA  Brighton Music Hall
Dweezil Zappa Plays Frank Zappa
July 1  El Pado, NM  Taos Mesa Brewing
July 2  Morrison, CO  Red Rocks Amphitheater
July 5  Detroit, MI  Royal Oak Music Theatre
July 6  New Buffalo, MI  Four Winds Casino
July 7  Buffalo, NY  Thursday at Canalside
July 8  Port Chester, NY  The Capitol Theatre
July 9  Montclair, NJ  Wellmont Theatre
July 10  Huntington, NY  The Paramount