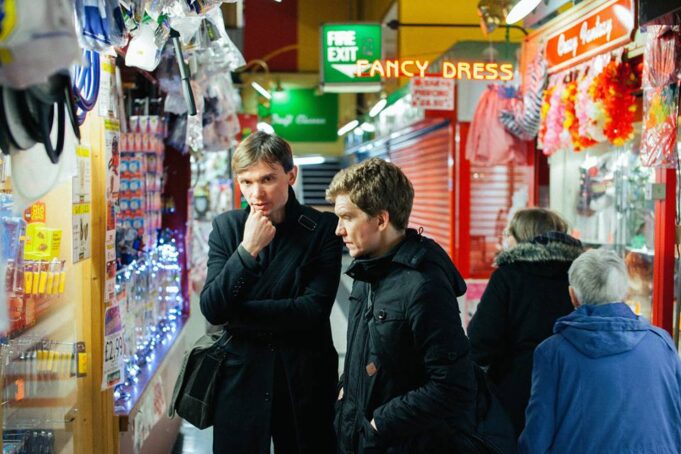 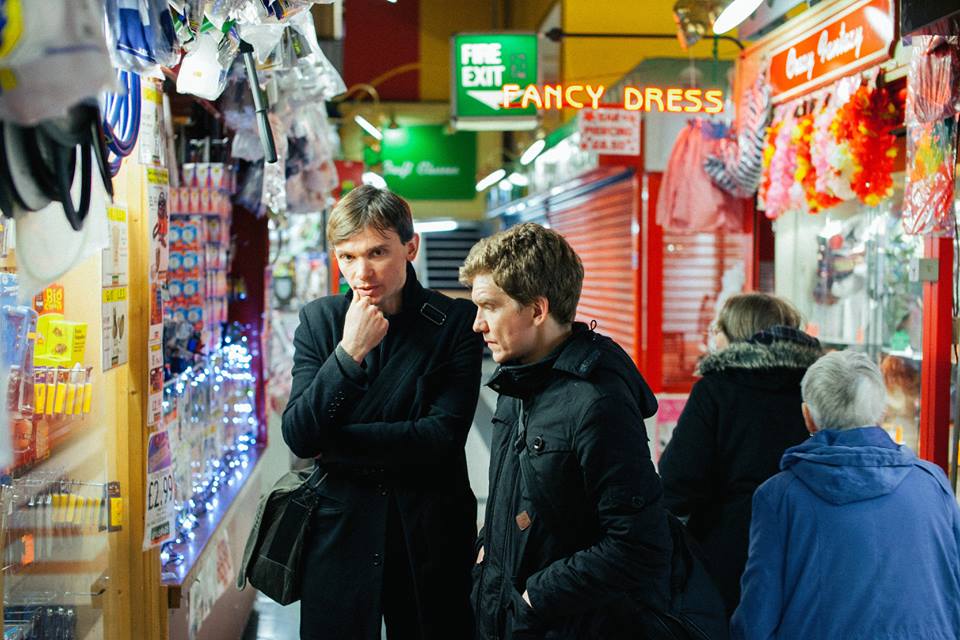 The show opened with a pair of support bands: EFFECTS and Dan Webb and the Spiders. The volume of both bands made it tough to see them for the first time, as it was just too hard to discern them as a new listener. The energy of these bands however, set the mood for the rest of the night, slowly coming down after each band finished their set. The fans were loyal and stayed until the end, jamming out to each band whether they were up front and center or in the back near the bar.  Check out EFFECTS here.  Check out Daniel Webb and his band here.

After the first two bands at The Great Scott in Allston, MA the crowd stood patiently at the edge of the stage looking up at a band called Field Music. Field Music is made up of two brothers from England; Peter and David Brewis, plus a bassist and keyboard player. The drums kicked in with a new age pop beat and the crowd started grooving.

A look of satisfaction came over the crowd once the boys started to sing. The vibe was positive and the music seemed to bring people to life with their tight rhythm section and bouncing vocals. The music had a distinct David Byrne sound to it especially with the choppy, sing-talky vocals and moments of lush harmonies and abrupt pauses.

The music seemed like a strange fit for the venue but the crowd was welcoming and so was everyone’s mood. It was a change of pace once Field Music got onstage with their upbeat and feel good tunes. The brothers kicked off the set with a solid opener and then moved on but not before swapping instruments; from drums to electric guitar. This provided a moment of excitement for the crowd while they waited for the glossy British vocals and tight snare hits that characterize Field Music’s sound. The boys went on to explain that they had been at the venue about 6 years ago on their last US run.

The band was cordial with the crowd and thanked everyone for being there to support them during their tour for the new album, Commontime. They played a couple hits including “The Noisy Days Are Over,” and  “Disappointed”. Curious?  You can find their music on Spotify and iTunes along with their entire collection of vinyl, audio and cd’s on http://www.field-music.co.uk.

Field Music have their own sound for sure, but fans of new wave and other Brit pop bands from the 80s will be happy with their updated sound.  At times they are reminiscent of the aforementioned David Byrne, while other times conjure up more pure imported sounds from Human League to Madness to ABC and more.  Make no mistake though, Field Music are creating their own sound while they refer back to sounds familiar to them and us.