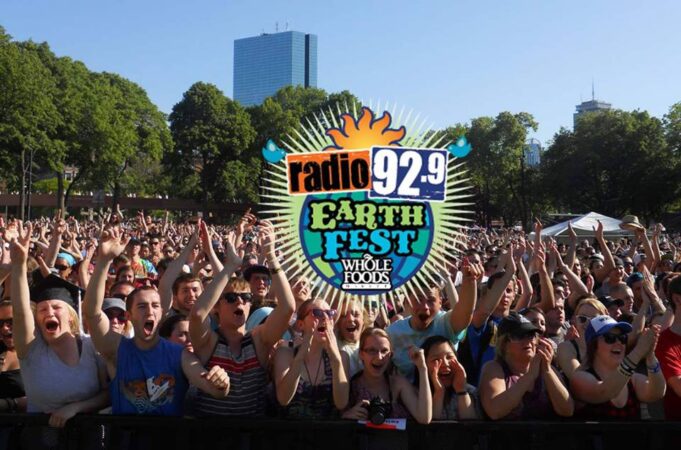 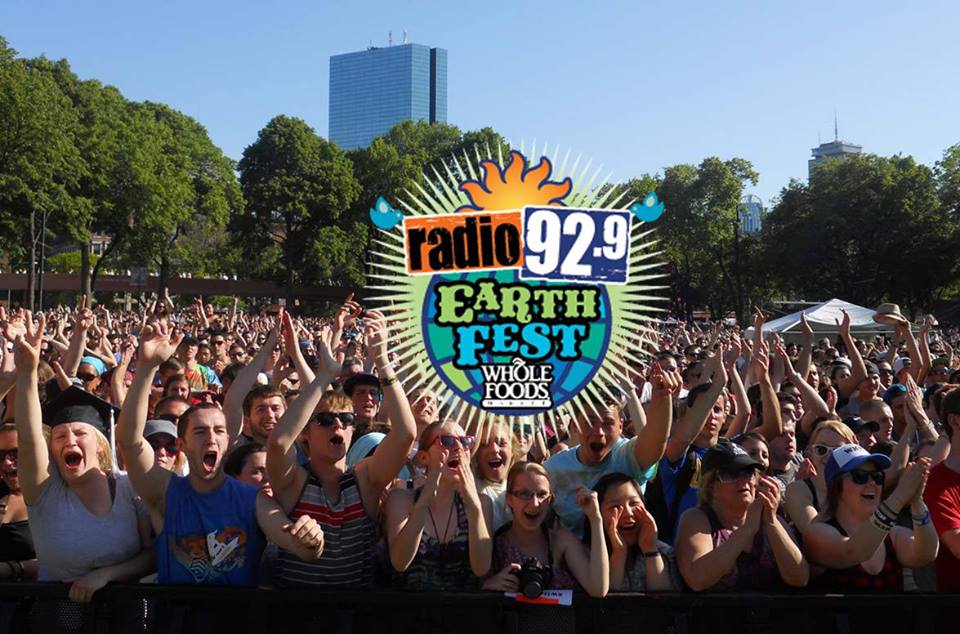 Fitz and the Tantrums to Headline 23rd Annual Earthfest Boston MA May 21, 2016

Joywave and The Strumbellas Join Line-up for Free Family Celebration of the Earth on May 21, 2016 at DCR Hatch Memorial Shell

Joining Fitz and the Tantrums on the Radio 92.9 EarthFest stage will be The Strumbellas, a six-piece, Juno Award-winning band from Ontario, Canada. Often described as alternative country/indie rock, the band also releases their latest album Hope today.  Rochester, New York-based Joywave will also bring their indie-pop sound to Radio 92.9 Earthfest, joining the line-up fresh off their Coachella debut.

In addition to the bands above, Radio 92.9 is looking for the best local band to open up the show.  Bands were invited to submit an entry online at www.myradio929.com through April 24, 2016. One hundred entries will be selected based on musicality, creativity, production and relevance to the format of the station.  Listeners will be able to vote for their favorite band from April 26 – May 8, 2016 at myradio929.com. The five bands that received the most votes will perform at the finals on May 14, 2016 at the Hard Rock Café in Boston. The winning band will have the opportunity to perform at 25-minute set as the opener of the 23rd annual Radio 92.9 EarthFest on May 21, 2016

Radio 92.9 EarthFest has always offered festival goers an opportunity to learn how they can make an environmental difference. Once again this year, the festival will feature exhibits and environmental displays, staffed by sponsors and non-profit environmental organizations from New England.  Each exhibitor is focused on raising awareness and offering educational information about different environmental issues facing the planet.

“After more than 20 years, the Radio 92.9 EarthFest has truly become a tradition in the City of Boston, the unofficial kick-off to summer,” said Ken West, program director at Radio 92.9.  “With our partners, Whole Foods Market and the Department of Conservation and Recreation, we are looking forward to another amazing family-friendly event at the Hatch Shell.  We look forward to seeing everyone on May 21st.”

In addition to music on the main stage, Radio 92.9 EarthFest features Kids’ Planet, an interactive area designed specifically for families and children under the age of 12.  Knowing that environmental responsibility starts at a young age, Kids Planet will feature a musical line-up specifically aimed at children under age 12 as well as earth-friendly activities and educational displays.

Onsite in Kids’ Planet, Kids Cooking Green will offer interactive activities designed to introduce children to the importance of eating locally grown food and help children make their own granola; Dirty Boys Composting will teach children about setting up a compost bin and what materials can and cannot be composted; Lexington Community Farm will bring its traveling worm bins to show how worms can help the earth and enrich the soil; and Tabata Kids will engage children and their families in a fun movement challenge.

Whole Foods Market will also bring nearly two dozen partners who will be sampling earth-friendly products along with organizations Pine Street Inn and Food For Free who will be offering demonstrations and other interactive activities.”

The Radio 92.9 EarthFest is produced in conjunction with the Massachusetts Department of Conservation and Recreation (DCR). The DCR is steward of one of the largest state parks systems in the country. Its 450,000 acres is made up of forests, parks, greenways, historic sites and landscapes, seashores, lakes, ponds, reservoirs and watersheds.  The DCR’s Hatch Memorial Shell and surrounding Esplanade area is a renowned venue for free events and programs in the city of Boston.

Because the Radio 92.9 EarthFest is expected to draw a crowd of more than 100,000 people, attendees are encouraged to take advantage of the free bike valet service offered by MassBike or use public transportation. The DCR Hatch Memorial Shell is accessible by MBTA. Concertgoers can take the Green Line to Arlington Street or take the Red Line to Charles Street / MGH. For more details, visit the MBTA website at www.mbta.com

Radio 92.9 is owned and operated by Greater Media Boston, Inc., a subsidiary of Greater Media, Inc., the parent company of 21 AM and FM radio stations in the Boston, Charlotte, Detroit, New Jersey and Philadelphia markets.  It also owns a group of weekly newspapers in central New Jersey as well as several telecommunications towers located throughout the United States.